Valletta is the capital of Malta, an island in the Mediterranean with a rich history and a pleasant climate. The island was under British rule for 150 years, a system of government that has left its mark and British is still one of the official languages ​​here.

Malta became independent in 1964 and is today a separate state that is also a member of the EU. Over the centuries, Malta has been exposed to several wars and various conquerors have ruled the island, ranging from the Romans during the greatness of the Roman Empire, to Arabs and Normans. The Order of Malta which was a crusader order took over the rule of Malta in 1530 and they built several impressive fortifications on the island and around Valletta. During World War II, Malta was a strategically important island in the Mediterranean and the British used the island as the headquarters for their operations in the Mediterranean. Today, Malta is full of history from these different eras and several exciting sights await those interested in history. 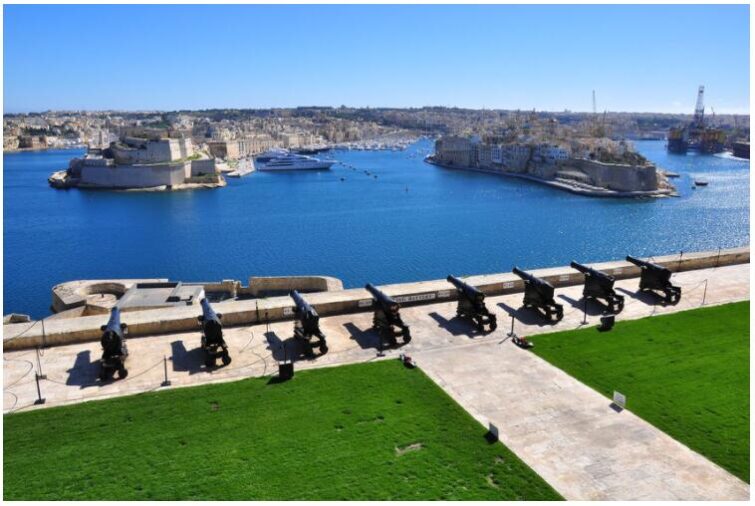 The capital Valletta was founded by the Crusaders in the 16th century and is surrounded by a large ring wall. A holiday trip to Valletta offers spectacular sights such as the Cathedral of St. John and the Upper Barrakka Gardens to name a few, as well as a pleasant climate. The official currency in Malta is the euro and the price level is generally cheaper than in Norway. The best time to travel to Valletta is between February and June. Then you escape the sometimes very hot summer in the Mediterranean, as well as the rainy season which lasts between October and February. The high season is considered to be from July to September, a period where it is estimated that there are twice as many tourists in Malta as permanent residents.

There are several different airlines flying from Norway to Malta. Most airlines fly here with a stopover, but Norwegian has a direct route from Oslo to Malta a few times a week. If you fly directly, the flight time is estimated to be 3 hours and 50 minutes, while if you fly with a stopover, the travel time is estimated to be anywhere from 6 hours and up. The airport in Malta is called Malta International Airport and is located approx. 9 km outside Valletta. You can reach the center of Valletta either by bus or by taxi. Travel time by taxi is stated to be about 20 minutes by car and 35 minutes by bus. If you want a cheap package trip to Malta, we recommend you take a look at the offers you find by clicking on the link below. 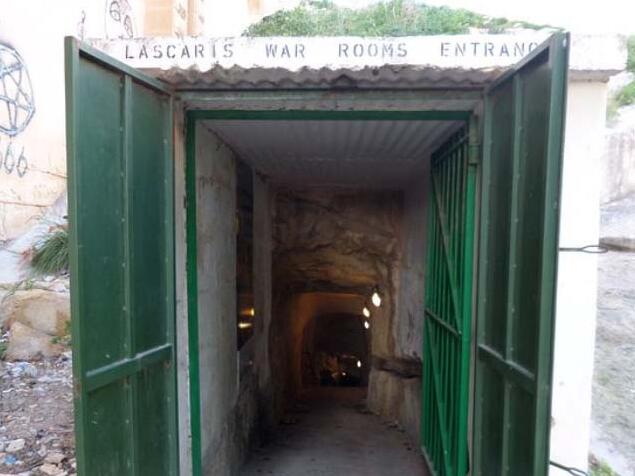 Malta was a strategically very important island during World War II and it was from Lascaris War Rooms that the British controlled the defense of the island, as well as its operations in the Mediterranean. Lascaris War Rooms is a series of tunnels and rooms that served as operations centers during the war. After World War II, the complex was still used by the British for a few years, before NATO eventually took command. The operation of the plant was closed down in 1977 and the plant was later restored to its original condition. It is today one of the most popular sights in Malta, and definitely worth a visit if you are interested in history and especially in the history of World War II. 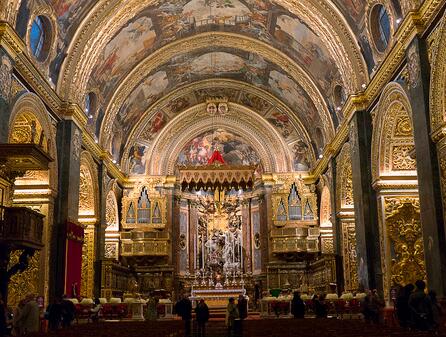 The Cathedral of St. John in Valletta was built between 1572 and 1577 and is a wonderfully beautiful and richly decorated cathedral. The church is full of impressive paintings and it also contains one of the most famous paintings by the artist Caravaggio, the beheading of John the Baptist. The church may look simple on the outside, but you are quickly overwhelmed when you enter the church and see the fantastic decoration. This is a sight not to be missed if you visit Valletta. 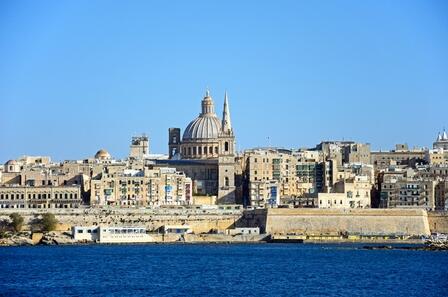 Valletta Waterfront is a beautiful seafront promenade where you can stroll around looking at majestic buildings in a historic atmosphere. The area also has many different cafes, restaurants and bars. A perfect place for a meal, or just to enjoy a good drink while enjoying the good views of the harbor, the sea and the beautiful buildings. 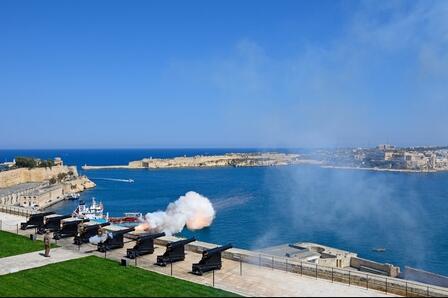 The Saluting Battery is a cannon position that was constructed in the 16th century. The battery was mostly used to shoot salutes and signals, but was also used during acts of war during the French blockade from 1798-1800 and during World War II. It has been restored in modern times and daily salutes are now fired here both at 12 noon and 4 pm. In addition to experiencing the salutes up close, you also get a fantastic view of Valletta from this battery. 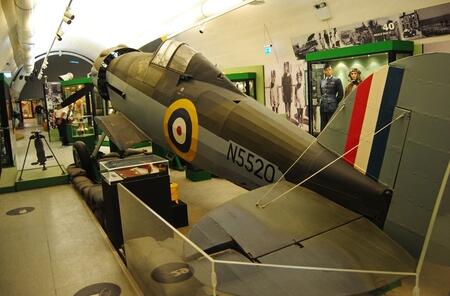 The National War Museum, or National War Museum, is a World War II museum located in Fort Saint Elmo. Well worth a visit for those interested in history and you get a good insight into the acts of war that have marked Malta’s history. The fort in which the museum is built is also a sight in itself.

Upper Barrakka Gardens is a beautiful garden complex that has a beautiful garden with benches in the shade where you can relax a bit. The most famous thing about Upper Barrakka Gardens is probably the fantastic view you get over Grand Harbor and the fortress wall in Valletta. It is also here that the already mentioned Saluting Battery is located. So here you can beat two birds with one stone as far as sights are concerned. 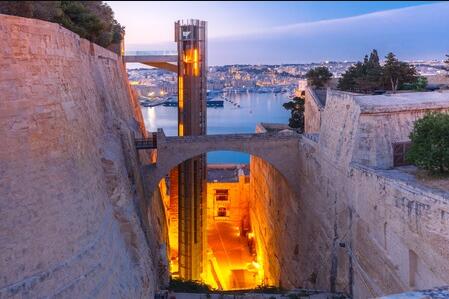 Barrakka Lift is a state-of-the-art lift that can carry 15-20 people in the hallway up the steep walls of Fort Lascaris up to the aforementioned Upper Barakka gardens. Up here, as mentioned, you get an excellent view of Valletta. The lift is free to use up, while you have to pay a small amount if you choose to use it down again as well. The elevator makes exploring Valletta much easier. 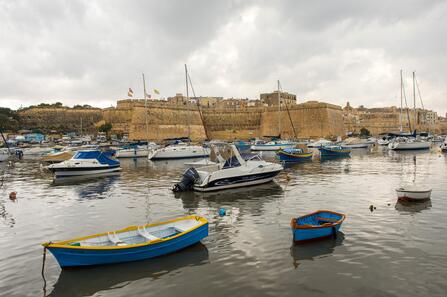 The Three Cities is a collective term for the three fortress towns of Birgu, Senglea and Cospicua. The oldest of the three cities is Birgu, which has existed since the Middle Ages. The towns were protected by what are called Cottonera Lines, along with several other fortifications. The three cities are today one of the most popular sights in Malta and there are ferries here daily from Valletta. On this tour you will study several of the impressive fortresses that surround Valetta up close.