Highlands, whiskey, kilts, … these are often terms that are associated with Scotland. But Alba, as Scotland is called in Gaelic, offers a whole range of other highlights and we would like to introduce you to some of our favorites – here are our TOP 10 for Scotland: 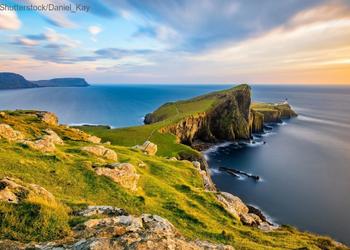 The largest island in the Inner Hebrides can be reached by ferry or road bridge. The island has a diverse picture and prehistoric objects as well as grandiose landscapes, mostly barren and wild, sometimes adorned with lovely vegetation, await the explorers. The main town of Portree is particularly recommended, because the brightly painted houses along the edge of the harbor offer a pretty photo opportunity and authentic refreshment stops. On the way back over the bridge to the mainland, the impressively beautifully situated Eilean Donan Castle, built at the beginning of the 13th century as a defense against the Vikings, is definitely worth a stopover. 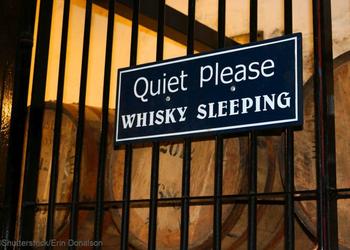 Hardly any other region in the world is more famous for this high-proof grain brandy than Scotland. There are still over 120 distilleries today, and some of them can even be visited and the products tasted. If you are interested and would like to delve deeper into the subject of whiskey and Scotland’s traditions, we can warmly recommend our tour “Scotland: Whiskey meets wild nature”, for example. 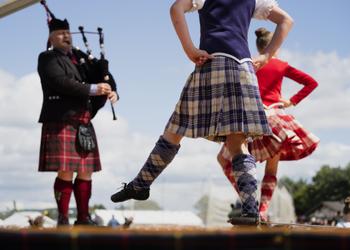 Speaking of Scotland’s traditions: the best way to experience Scotland’s culture and tradition live at one of the many Highland Games held during the summer months. You can hardly meet the spirit of the Scots, both musically and athletically, better than here. The competitions in the open air, including playing the bagpipes, dancing or throwing trees, are the same folk festivals that will amaze you. 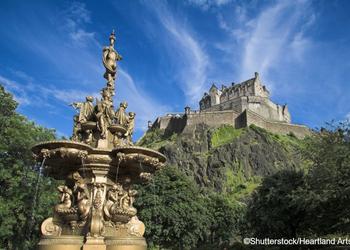 Edinburgh is the capital of Scotland and with more than 500,000 inhabitants the largest city in the country after Glasgow. The solid stone buildings in the city center, with their mediaeval appearance, are particularly attractive in the evenings. Stroll down the Royal Mile from the stately Edinburgh Castle down to Hollyrood Palace, the official residence of the Queen in Scotland. For a fantastic all-round view, it is worth climbing Edinburgh’s local mountain Arthur’s Seat (251 m). 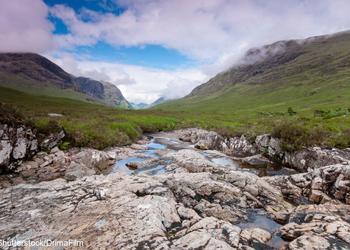 The Glen Coe was created by the Ice Ages and is one of the most impressive landscapes in Scotland. The majestic mountains and valleys are very well developed by road and hiking trails, where you can experience the untouched nature with its small and large waterfalls in the best possible way. Here you can follow in the footsteps of Braveheart’s William Wallace. As with every hike, it is important to have the right footwear and weatherproof clothing. 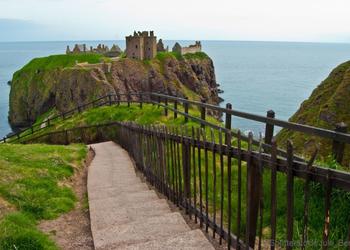 The castle ruins, about 30 km south of Aberdeen, are spectacularly situated on a rocky headland made of red sandstone over the North Sea. The different buildings, such as the defense, castle and palace, were built between the 13th and 16th centuries. The strategically well-located castle can only be reached via a narrow path and played an important role in the defense of northern Scotland, especially in the Middle Ages, due to its prominent position. 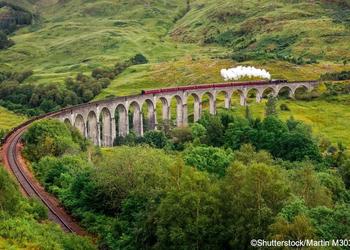 This extremely beautiful region of Glenfinnan is located in the highlands of western Scotland, at the northern end of Loch Shiel. The railway line achieved great fame with the remarkable viaduct, which was built in 1897. In the past the route was important for the local fishing industry, today the steam train “The Jacobite” runs almost daily between Fort William and Mallaig in the summer. From Mallaig you can then easily take the ferry to the Isle of Skye. 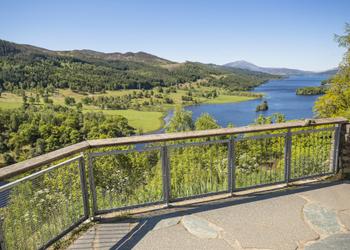 How about a portrait for your self-made postcard? At Queen’s View you have the opportunity to take the perfect snapshot. As a nice stopover between Edinburgh and Inverness, you can enjoy the great panorama over the Highlands and Loch Tummel, which Queen Victoria already appreciated in 1866. 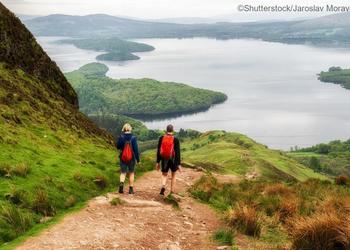 The largest lake in Great Britain is rightly called the most beautiful lake in Scotland. The lake has been part of a national park since 2002 and offers numerous opportunities for activities such as fishing, hiking, climbing or sailing, especially in summer. The Scottish long-distance hiking trail “West Highland Way” leads along the east side. On a boat trip you can experience the lake and its banks in a relaxed way. 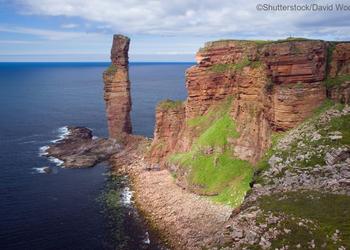 he 70 islands of the Orkneys on Scotland’s northernmost tip have always been rugged and legendary. The Neolithic settlement of Skara Brae and the Bay of Skaill as well as the Maes Howe megalithic complex are well worth seeing. The Italian Chapel, which was built by Italian prisoners of war during the Second World War, stands on the uninhabited island of Lamb Holm. You can either experience the islands on your own or take an English-speaking bus excursion in the summer months.