Stockholm is located on 14 islands, connected by about fifty bridges. The immediate proximity to the sea and marine life, makes its mark on both the buildings and the pulse of Sweden’s capital. A city break to Stockholm can seem like an easy solution, as the trip is the shortest we can make, if we want to go abroad. Nevertheless, the city receives our strongest recommendations. The brother people have something we do not have ourselves.

Just admit it; Swedes are cooler and more cosmopolitan than us “Norrbaggare”. They can boast of ABBA, Zlatan, Alfred Nobel and being a military superpower, while we are good at skiing. The capital is larger than ours, with about 930,000 inhabitants. As elsewhere in Scandinavia, Stockholm is a relatively safe and pleasant city, with a lot to offer in terms of culture, fashion, nightlife and history. Stockholm is also known as a very beautiful city, with a lot to see. 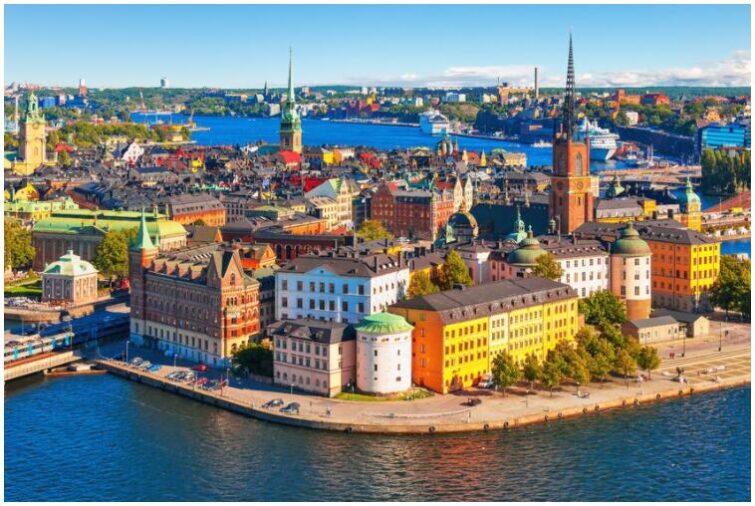 Here are ten of the most popular sights in Stockholm: 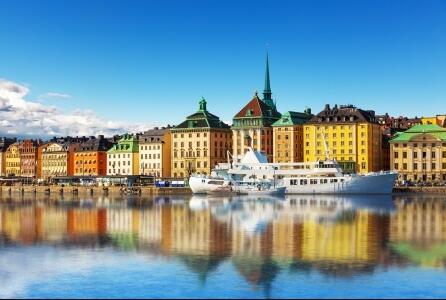 The Old Town of Stockholm is mainly located on Stadsholmen, and dates back to the middle of the 13th century. The area is characterized by its narrow alleys, cobbled roads and Gothic architecture. The King’s Castle, several museums (including the Nobel Museum) and a number of beautiful churches are also located in Gamla Stan. It is nice and relaxing to wander around the area, especially in winter if it has snowed. Then the old town becomes purely adventurous. If you get thirsty, hungry or ready for shopping, you have also come straight. From the southern tip of Gamla Stan, there is a ferry boat to Djurgården, where you will find the ABBA Museum, the Gröna Lund amusement park and Skansen. 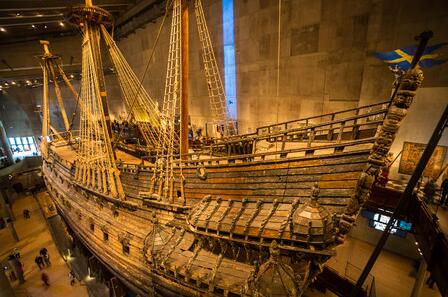 The Vasa Museum is an architectural marvel, and the most visited museum in Scandinavia. The building is dominated by large copper plates that look like the sails of the boat, as well as full-scale masts that can be seen from a long distance. Inside is the famous warship. Vasa sank on the maiden voyage in 1628, and was at that time one of the most powerful warships ever built, with room for as many as 72 cannons. Much of the ship was fished up from the sea in the late 1950s and then restored. It took a long time at Wasavarvet, before it found its current home. You can stroll around and take in the history on your own, or get guided tours. The museum also has a number of activities for children. 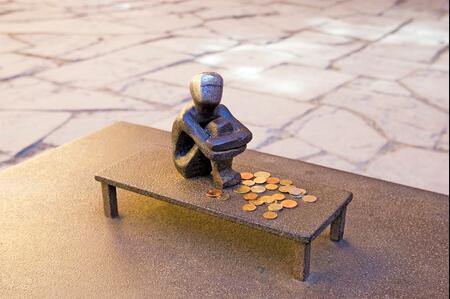 We have Sinnataggen, the Danes have The Little Mermaid and the Swedes have the smallest statue of all, the Iron Boy. The little boy measures only 15 centimeters in height, and is by far Stockholm’s smallest sight. He sits behind the Church of Finland in the Old Town, regardless of the season, and stares at the moon. Fortunately, he does not have to freeze, as friendly residents constantly dress him up with home-knitted scarves and hats. If you leave a coin for the poor person, it is said that you can expect a good portion of luck in the time ahead, and at least as long as you are on a city break in Stockholm. 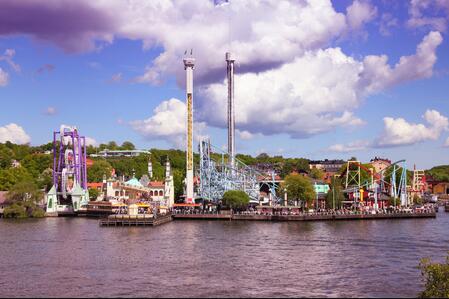 Djurgården is both a district and a park area. The park is a natural getaway for Stockholmers, where people stroll, smell flowers and have a picnic. Visitors on a city break do the same, but also stop by to visit museums, the Gröna Lund amusement park or have a bite to eat. Skansen is located here, Stockholm’s open-air museum which consists of around 140 buildings from all over Scandinavia, where the oldest is Vastveitloftet from the 14th century. At Skansen you will also find a zoo. Those who are interested in architecture, have a number of beautiful villas they can take a closer look at. 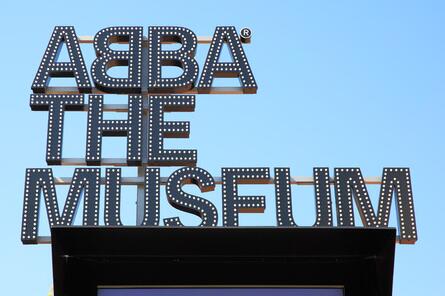 Even if you do not necessarily love the music of Agnetha, Björn, Benny and Anni-Frid, you will hardly be hurt by seeing the museum built in honor of one of the world’s greatest musical successes. ABBA was tough, and has so far sold over 400 million albums. The museum is a delight for the senses, and entertains every single second you are there. You also do not just have to be a spectator, but can throw yourself around and take a dance if you want. If you find the red phone, we recommend that you pick up the handset if it starts ringing. ABBA members are the only ones who can call it, which actually happens from time to time. What if you talked to Agnetha? The museum also houses the Swedish Music Hall of Fame, which in itself is worth the visit for those who like music history. 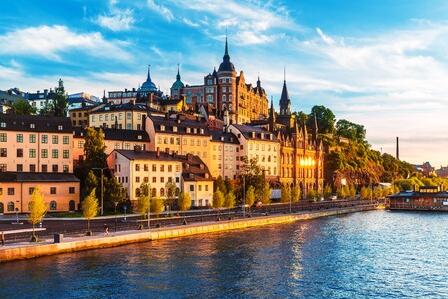 The trend police in Vogue have named Södermalm the hippest district in Europe. There’s something in it. Here are the shops for hipster clothes close together, interspersed with coffee shops, drink bars, cool eateries, nightclubs and galleries. Trotting in the streets you see many well-groomed beards, but do not be intimidated by it. The trend people are usually harmless. Södermalm is the place where you will find great food and drink, often for cheap money, and especially in Hornsgatan. 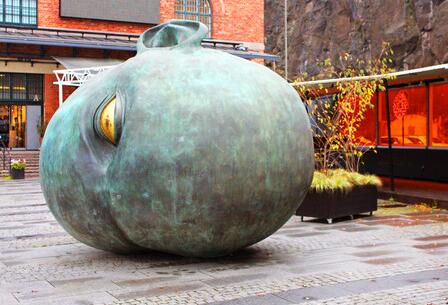 Fotografiska is the Swedish museum of contemporary photography. Four large exhibitions are set up here a year, in addition to up to 20 smaller exhibitions. Big names like David LaChapelle and Annie Leibovitz have shown their pictures here, and many forward-thinking photographers and photo artists have made their breakthrough at Fotografiska. Occasionally concerts, photo courses and the like are arranged, and the museum has both a nice café and a good restaurant within the walls. Fotografiska is located in the hipster district Södermalm and is open every day of the week. 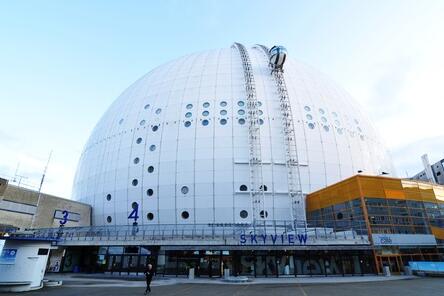 If you get the chance to see a show, concert or sporting event in the Globe (officially “Ericsson Globe”), just jump in. The indoor hall is the largest of its kind on the globe, with a diameter of 110 meters and a height of 85 meters. The acoustics and atmosphere inside are completely unique. If you do not attend an event, Globen offers one of Stockholm’s best vantage points during the day. Skyview is an outdoor gondola lift that takes you to the top of the Globe for cheap money. There you sit in a small glass dome, which is pulled up along the sides of the globe, over the top, before it carries down on the other side. By the way, the arena represents the sun in the world’s largest model of the solar system. Mercury is the City Museum, Venus is the House of Science, and so on, and many of the “planets” are within Stockholm’s city limits. 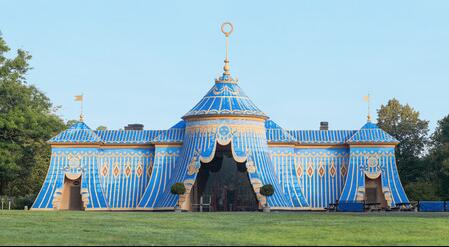 The copper tents are three fun copper constructions from 1790, shaped like Roman military tents. These tents were designed and built by a French architect (Louis Jean Desprez) on the orders of King Gustav II. They then housed the king’s guard, in addition to serving as a stable for the guard’s horses. Today, the Haga Park Museum is inside the main tent, in addition to a nice café with some of the best baked goods you will find in the Stockholm area. If you want to visit Koppartälten, you have to settle for some transport, as the facility is located on the outskirts of Stockholm city center (Solna municipality). 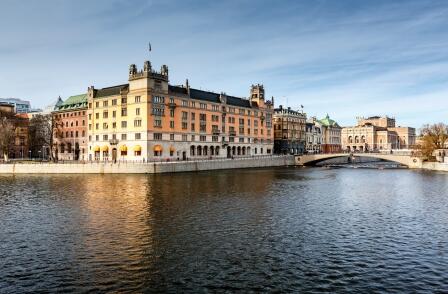 The canals that wave between Stockholm’s islands are a beautiful sight, especially in the moonlight. You can experience these in several ways, either by getting your feet wet over the bridges, or renting a guided boat trip. One of the most fun ways to do this last is to board the Ocean Bus. The bus runs just as well on water as on land, but not yet in the air. The amphibious bus drives on the roads past several sights, and also sets off and throws itself into the sea, before it rumbles around the canals. Start and stop takes place in Strömgatan 10, right by the Royal Opera. The bus can be rented for private parties as well, where dinner, party and fun can be included in the package.