Theater in Lithuania began with the Jesuits in Vilnius. They were summoned by leading Catholics who feared that the Great Lutheran Reformation would have an impact in the relatively young Catholic country, which had been in staff union with Poland for a long time.

At the University of Vilnius, which they themselves founded in the 16th century, the Jesuits arranged theatrical performances with an Italian repertoire. They also arranged outdoor performances in the best Renaissance style. The Jesuit school theater made Lithuania familiar with the European theater, and together with the music, the theater culture gradually became an important element of Lithuanian cultural awareness.

The first professional theatrical performances were by traveling English theater companies, and in the 18th and 19th centuries private theaters were run by the aristocracy at various castles around the Grand Duchy of Lithuania. However, the language used was more often Polish than Lithuanian.

The first city theater in Vilnius was opened in 1785 with performances by both Molière, Shakespeare and Schiller. Small theaters also existed in the province. With the Napoleonic wars, much of this activity ceased, and severe censorship was introduced during the Russian tsar regime.

From the 20th century

In Eastern Europe there were also several Lithuanian settlements, and in several places theatrical performances were arranged in Lithuanian in the early 1900s. Lithuanian guest workers in the Russian metropolitan cities of St. Petersburg and Moscow also did the same. Inspired by this, in Lithuania itself, associations of actors developed which laid the foundations for the first Lithuanian-language companies after the censorship slackened slightly towards the First World War. This led to a new generation of dramatists who wrote in Lithuanian.

The professional Lithuanian-language theater was established before the First World War through associations of actors. Developments in the music industry took place in a similar way, and the forces were often united to achieve the same goal. Large national festivals were organized and a large number of plays were translated into Lithuanian. The union of Lithuanian actors in Vilnius from 1909 formed the basis for the establishment of a national theater, and published the journal Teatras. So-called “Flying theaters” toured all over the country.

However, World War I had a devastating effect on cultural life in Lithuania, and one of the reasons was that the capital Vilnius fell to Poland in 1919. In 1940 Vilnius again became part of Lithuania, resumed its capital functions and became the seat of the Lithuanian Dramatic Theater. It was heavily influenced by the Moscow artist theater and the Stanislavsky method. Here, plays by playwrights such as Petra’s Cvirka and others were listed. Fixed opera operations were established in both Vilnius and Kaunas.

In 1991, Lithuania declared itself independent from the Soviet Union and the other independent republic was established. The most significant director in the period both before and after independence is Eimuntas Nekrosius (born 1952). He educated in Moscow and came to do several significant Chekhov performances in a very theatrical and stylized style. After his release, he has in many ways represented Lithuania’s theatrical profile.

Gytis Padegimas is another central Lithuanian director. He has also worked in Norway in connection with the establishment of a cooperation agreement between Rogaland Theater and Kauna’s dramatic theater. 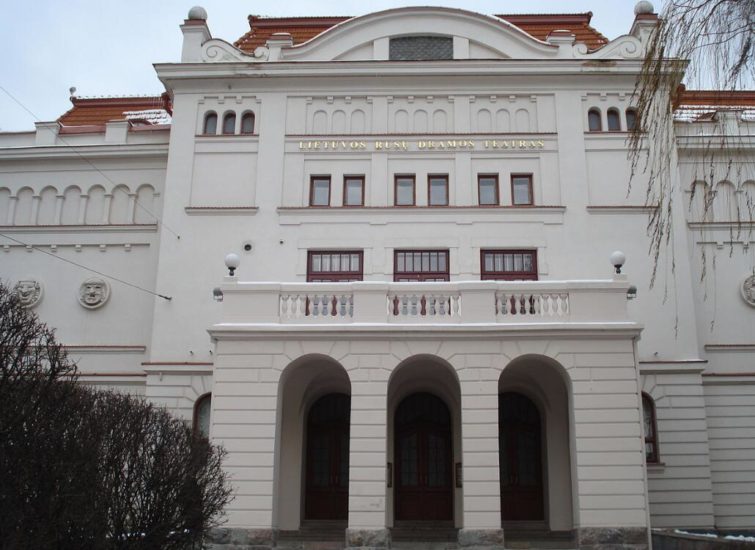 Film production in Lithuania began with the establishment of a production company for news films in 1940. In the post-war period, this modest film industry was expanded by the Soviet authorities into a state producer of feature films and documentaries. Lithuanian film gained some attention in the 1960s. Leading director and role model for many later filmmakers in Lithuania, was Vytautas Žalakevičius who gained great popularity at home with Nobody Wanted to Die (1966) and achieved international distribution with the History of a Stranger (1979). Otherwise, the director’s directors such as Almantas Grikevičius with Ave Vita (1970), Raimundas Vabalas with Stone on Stone (1972) and Algimantas Puipa with One Woman and Her Four Men(1984). Marijona’s Giedrys got attention with The Prodigal Son (1986). The 1990s were a difficult time; key directors were Šarúnas Barta with Three Days (1991) and There Are Few of Us (1996), and Andrius Šiuša with Han Saying Goodbye (1993). Puipa made the episode movie Hit by Lightning (1995). An interesting new name is Christ Jonas Vildziunas with rent (2002).