Relations between Albania and China had been growing before this. In the winter of 1960–1961, the rift between Hoxha and Nikita Khrushchev marked Albania’s final withdrawal from the Soviet sphere. To show their dissatisfaction with Albania’s alliance with China, the Soviet Union stopped grain deliveries. To this, Hoxha replied that the Albanians would rather eat grass than give in. From 1961 to 1978, Albania depended on China, as it had previously been for Yugoslavia and the Soviet Union. However, the Chinese financial support for Albania was less than the Soviet one.

In the war with Moscow, Albania became a European voice for the Chinese interpretation of communism. During this time, Albania was considered a land of pattern (“the lighthouse of communism in Europe”) by Marxist-Leninist groups (Maoists) in Western Europe. But when China normalized its relationship with the United States in the 1970s, relations with Albania became more and more strained. After Mao Zedong’s death in 1976, economic and military relations were broken in 1978 (but not diplomatic). After the rift between Tirana and Beijing, Albania became an isolated Stalinist bastion without any allies in the world. In the 1970s, relations with Yugoslavia improved, although there was still great ideological disagreement. The situation of the Albanian minority in Yugoslavia (Kosovo and Macedonia) also meant that there was no close relationship. 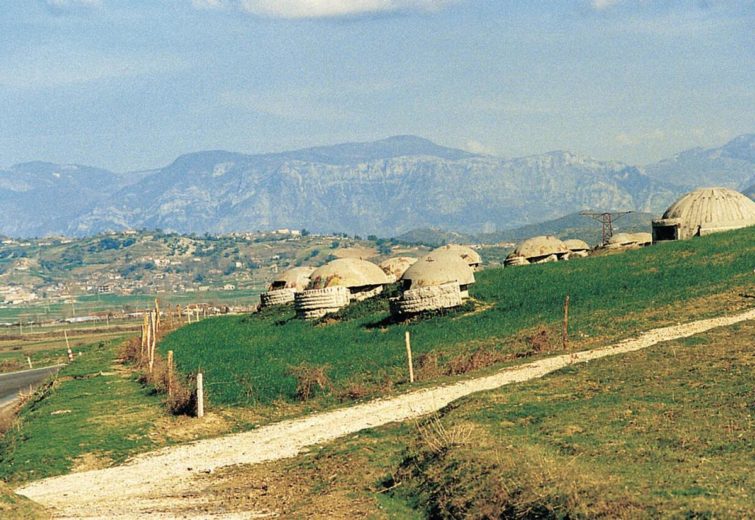 During the communist regime, between 500,000 and 700,000 bunkers were built like the ones in the picture, which were to be shelters for the population during the Great War. The bunkers now remain as a solitary memorial to Enver Hoxha and dominate large areas of Albania.

Throughout the 1960s, religious persecution intensified. Inspired by the Mao Cultural Revolution, the Albanian Communists started their own cultural revolution in 1967, which included closing down all churches and mosques. Those that were not destroyed were converted to secular purposes. Countless cultural treasures were destroyed. Albania was declared the world’s first atheist state. Possession of religious books was forbidden, and clergy had to publicly renounce their faith. Those who refused were forced to “retrain”, sent to prison or labor camps. The communist regime had an estimated 50,000 political prisoners, divided into 23 prisons and 48 detention camps.

From 1973, the regime focused on the purification of any element that it considered to be undermining culture and society, all of which were labeled as bourgeois, religious, liberal, imperialist, fascist, feudal or backward. The 1976 Constitution defined Albania as a socialist people’s republic, and from 1978 the country was virtually isolated economically and politically.

From the 1960s, the personal cult of party leader Enver Hoxha was intensified. Hoxha saw Stalinism as an expression of Albanian interests. This idea permeated domestic cultural politics. The relationship with the outside world was also fueled by the dictator’s growing paranoia. Hoxha’s rule was brutal and totalitarian, characterized by Puritanism, conspiracy theories, nepotism and utopianism.

Albanian communism was based on a threat that the nation was under constant attack from hostile neighboring countries and various global enemies. School students had guerrilla training from the age of fifteen, and hundreds of thousands of concrete bunkers were placed around the landscape. The more Albanians’ living conditions deteriorated as a result of the isolation, the more the party built up under the feeling of being surrounded by enemies, thus strengthening Albanian unity and support for the party. It was also used to justify the ubiquitous network of informants for the feared security police Sigurimi.

In 1981, Mehmet Shehu, who had been prime minister since 1954, died abruptly. He was considered Hoxha’s likely successor. He officially committed suicide, but afterwards Hoxha accused him of being a spy for the United States, the Soviet Union and Yugoslavia. Subsequently, major cleanups followed, replacing most of the government members. It has been seen as a power struggle over who should succeed Hoxha. 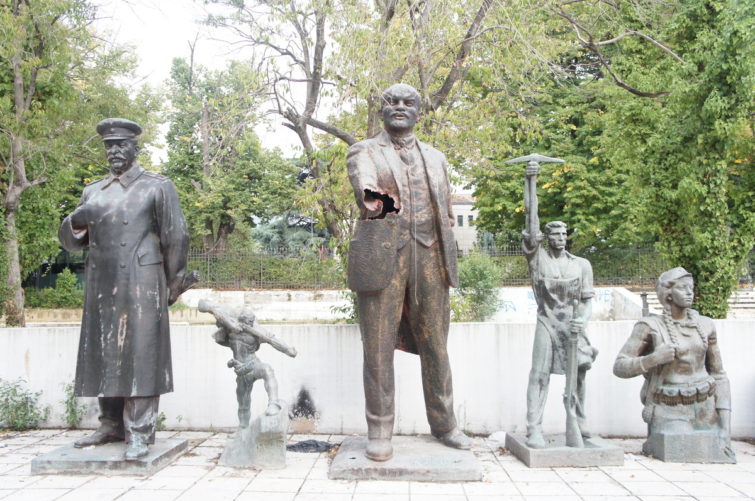 When Hoxha died in 1985, Ramiz Alia, the country’s head of state, took over the leadership of the Communist Party (actually called the Labor Party). Alia continued the Stalinist system, but opened up the country somewhat more to the outside world. Developments in the Soviet Union under Gorbachev were condemned. When the communist regimes in Eastern Europe fell in 1989, it seemed that the regime in Tirana would do well. But the economic situation had become very difficult (Albania was Europe’s poorest country), and the upheavals in Eastern Europe made an impression. This was especially true of the bloody end of Ceauşescu’s dictatorship in Romania. Also the tense situation in Kosovo, where the Albanian majority was suppressed by the Serbs, yet raised demands for political pluralism, impressed many in Albania.

In this situation, Alia announced cautious reforms in January 1990, but no political pluralism. In April, more radical measures came. Foreign travel would be allowed. So should religious activity. Albania was interested in establishing diplomatic relations with the United States and the Soviet Union. Even the Conference on Security and Cooperation in Europe (KSSE) was welcomed.

In April 1990, a large factory broke out. In July, large demonstrations were held in Tirana. Thousands of young people sought refuge in Western embassies. Gradually many of them were allowed to leave the country. It dampened the tension for a time.

In December 1990 there were large student demonstrations in Tirana. The police intervention made the situation even more tense. In a meeting with student representatives on December 11, Alia accepted the demands to allow political parties, while making changes to the leadership of the Communist Party. The next day, the first opposition party, the Democratic Party, was founded. A symbolic expression of the collapse of the communist regime was when demonstrating crowds demolished the huge statue of Enver Hoxha in central Tirana on February 20, 1991.