Ironically, it was Ahmet Zogu’s resistance to the ever-growing Italian influence in Albania that eventually led Italian dictator Benito Mussolini to invade Albania in April 1939. He made the country an Italian protectorate and installed a puppet government. During Italian occupation, large parts of Kosovo were merged with Albania as an Italian vassal state. After Italy surrendered in 1943, the Nazis took over, until Enver Hoxha ‘s partisans drove the German forces out of the country and took power in 1944.

During the war, Albania was characterized by a multitude of armed Albanian groups, sometimes coordinating resistance and sometimes fighting each other. These groups were the Communists, the Monarchists (Legaliteti), local governments that ruled on behalf of the Italians and the Nazis, and not least the National Front (Balli Kombëtar). This group consisted of conservative, anti-communist nationalists in opposition to Ahmet Zogu and represented the pre-war social order. It also supported the creation of a Greater Albania. During the latter half of the war, the conflict in Albania became part of the war between the Allies and the Axis Powers. 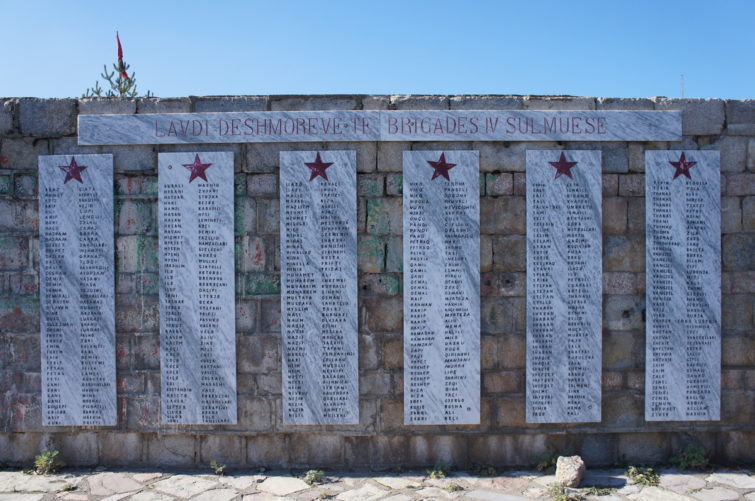 The Albanian communists had had minimal popular support in the country before the takeover of power and had largely come to power with the help of Yugoslav partisans (guerrilla soldiers). In addition, competing groups were discredited and row-breaking after the Civil War during World War II. In 1944, therefore, the Communist Party (later the Albanian Labor Party) was in a special position to rebuild Albania as an independent nation state.

The transition to communist dictatorship took place faster than usual in Eastern Europe. With the help of terror and summary executions of alleged war criminals and “enemies of the people”, the new authorities secured full control. Political opposition became impossible. Prisons and forced labor camps were filled with tens of thousands of political prisoners. A large number were executed or lost in the miserable conditions. The last camps were closed in 1990.

Despite promises of free elections, the December 1945 elections only allowed lists from the Communist-controlled Democratic Front. In January 1946, Albania became a people’s republic, and a constitution was drawn up following designs from the Soviet Union and Yugoslavia. Extensive land reform began in 1945, followed by agricultural collectivization, which ended in 1967. Industry and commerce were taken over by the state in 1945-1946. The first five-year plan was for the years 1951–1955. Illiteracy was great in Albania before the war. After the war large educational programs were started. A lot of effort was also put into developing the health care system. Electrification and industrial travel were a high priority.

Creating the socialist “new Albania” also led to the need to strengthen the “monolithic unity” of the Albanian people, as the Communists saw it. The Albanian Communist regime went further than anything else in the fight against religion, which in Albanian nationalism might have been perceived as a germ to quarrel because of the religious differences in the people and the religious ties the various Christian and Muslim religious communities had traditionally had to authorities and centers outside the country’s borders. A few years after the takeover, the religious institutions were deactivated, and communist propaganda was printed in the people that the clergywas anti-belligerent, reactionary and traitorous. A decree of 1949 demanded a declaration of loyalty from all faiths to the Party and the People’s Republic, and many clergy were persecuted, interned or killed.

Relations with the United Kingdom were strained following an episode in which British warships in 1946 crashed into the Corfu Canal, which Albania claimed was Albanian waters. Communist Albania had a close relationship with Yugoslavia for the first time. Yugoslav experts and financial support played an important role, and relations with Yugoslavia began to resemble relations with Italy before the war. From Yugoslavia, the goal was an ever closer relationship, towards a union. The Albanian Communists were divided on this issue.

In 1947, relations between Albania and Yugoslavia were becoming strained. At that time, a customs union and a number of mixed companies were established in the economy. When the rift between Yugoslav Prime Minister Josip Tito and Soviet dictator Josef Stalin came in 1948, the Albanian leadership was quick to break all ties with Yugoslavia. Shortly thereafter, Albania and the Soviet Union signed an agreement to secure Soviet financial and technical assistance as a replacement for cooperation with Yugoslavia. After serving as a Yugoslav satellite until 1948, Albania served as a Soviet satellite until 1961. The Albanian communists who had been in cooperation with Yugoslavia, with Koçi Xoxe in the lead, were immediately purged. In 1949, they were executed for treason. Enver Hoxha left as the undisputed leader.

Albania was a member of the Warsaw Pact from its inception in 1955, and the Soviet Union expanded Vlorë into an important naval base. Hoxha disliked the Stalinization under Khrushchev and the Soviet approach to Tito from 1955. In the late 1950s, relations between the Soviet Union and Albania deteriorated. At the 221 Soviet Party Congress in 1961, Khrushchev distanced himself from Albanian Stalinism. Diplomatic relations were broken, Soviet experts were called home and financial support ceased. In 1968 Albania formally departed from the Warsaw Pact.