Many of the factors that contributed to nationalist movements in the 19th century in other Balkan countries were missing in Albania. The majority of Albanians had the same religion as the Turks, and were largely local subjects. They were not divided between Islam, Orthodox and Catholic Christianity, nor did they have a unifying religious institution. The Albanian language could be a link. But there were hardly any schools that taught in Albanian (most of them used Turkish or Greek), and there was no standard written language. The rise of nationalism was also hampered by difficult communication between the regions. In addition, the country remained poor, partly because of the increasingly corrupt Ottoman government and constant rebellion.

When a nationalist movement took shape, it happened quite suddenly and as a reaction to foreign policy conditions. The San Stefano Peace (1878) after the Russo-Turkish War created a Greater Bulgaria that also covered parts of eastern Albania, while Montenegro gained territories in northern Albania (including the port city of Bar).

In parallel with preparations for the Berlin Congress, Albanian leaders gathered in Prizren in Kosovo to protest the San Stefano peace. They feared that the dismantling of Turkish property in Europe would divide the Albanian territories between the Christian neighboring states of Greece, Serbia, Montenegro and Bulgaria. With the support of the Ottoman authorities, the meeting in Prizren created an Albanian national league. The support did not last long. The National League did not only address the Berlin Congress, where the Albanian delegation’s demands were rejected. It also asked that the four Albanian administrative areas (vilayets)were merged into one and given greater autonomy. The Ottoman authorities feared the rise of an Albanian independence movement, dissolving the league in 1881. The leaders were arrested and exiled. 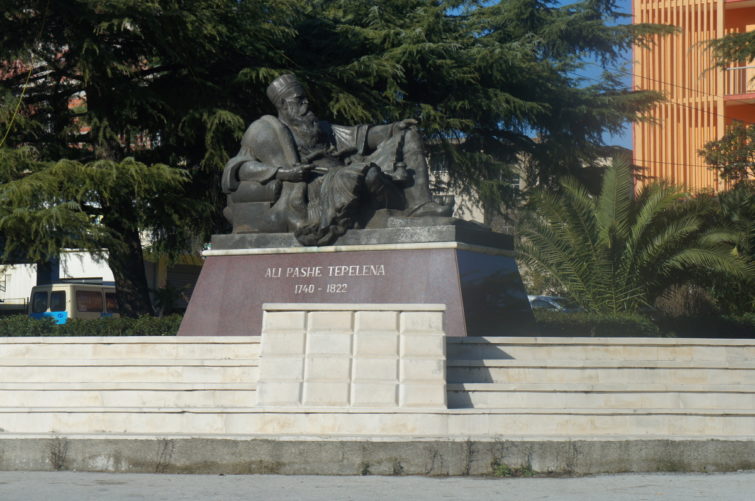 But the work was continued by patriotic groups formed in the exile communities. The various “Albanist” circles had originally been most concerned with Albanian history, identity and language and cultural rights, but over the years the movement became increasingly political. In the home country, however, many conservative landlords were loyal to the Turkish authorities. Until the late autumn of 1912, it was a dilemma for the Albanians that too strong opposition to the Turks could easily cause the Albanian territories to be divided between neighboring states. Albanian nationalists thus wanted self-government in the Ottoman Empire.

The Hungarian Revolution of 1908 was first welcomed by Albanian nationalists; Albanians even participated in organizing it. But when the Ottoman Empire also lost its formal supremacy over Bosnia-Herzegovina and Bulgaria that same year, young Turks advocated a strong centralization based on Turkish-national values. At that time, there was no longer room for their own Albanian cultural expressions or nationalism. Now not only did radical nationalists react against the Turks, but also conservative forces. The main area of ​​resistance was Kosovo. But the Albanians still demanded only autonomy, not independence. After armed clashes in 1910, the Turks sought to regain the loyalty of Albanians by allowing schools with Albanian language in 1911.

Many of the Albanians had been loyal subjects in the Ottoman Empire. But in the spring of 1912, unrest broke out again, and in September the government agreed to the autonomy demands to get the matter out of the world before a war broke out over Macedonia. This war, the first Balkan war, started in October, before all questions of Albanian autonomy were resolved. Within a month, the Turks were beaten by the Christian neighboring states of Bulgaria, Serbia, Montenegro and Greece, which wanted to divide Albania among themselves. Self-government in an Ottoman state was no longer an option, and Albanian leaders gathered on November 28, 1912 in Vlorë, declaring Albania as an independent state. Ismail Qemali (Kemal) became the first head of government.

In August 1913, the European great powers recognized Albania’s independence, but over half of the Albanian-speaking territories remained outside the new borders. German aristocrat Wilhelm von Wied was appointed as a monarch. In May 1914, a Muslim uprising broke out in central Albania, spreading throughout the country, and in September Wied had to flee the country. Shortly after, the rebels seized the port city of Durrës in central Albania, hoisted the Ottoman flag and offered the crown to the Sultan or a Muslim prince. The project failed, and Esad Pasha Toptani set up a temporary government that same year.

In the secret London agreement of 1915, the Western Allies recognized Albania’s split, and Greece, Italy, Serbia and Montenegro shared the rest of the country. The war made Albania “everyone’s battlefield”. During World War I, the country collapsed. The population was deeply divided, and the politics were characterized by different factions fighting for their own interests or for a region or group. The factions often coincide with religious divides. Wealthy Muslim landowners were opposed to land reform, while Orthodox peasants opposed politicians who favored landowners. In Shkodër in the northwest, the villagers refused to accept Tirana as a political center, and the clans of the Highlands in the north, especially the Catholics, were generally skeptical of centralization and any kind of Muslim politician. Others struggled to take back the Albanian-speaking areas of northern Greece and Kosovo. 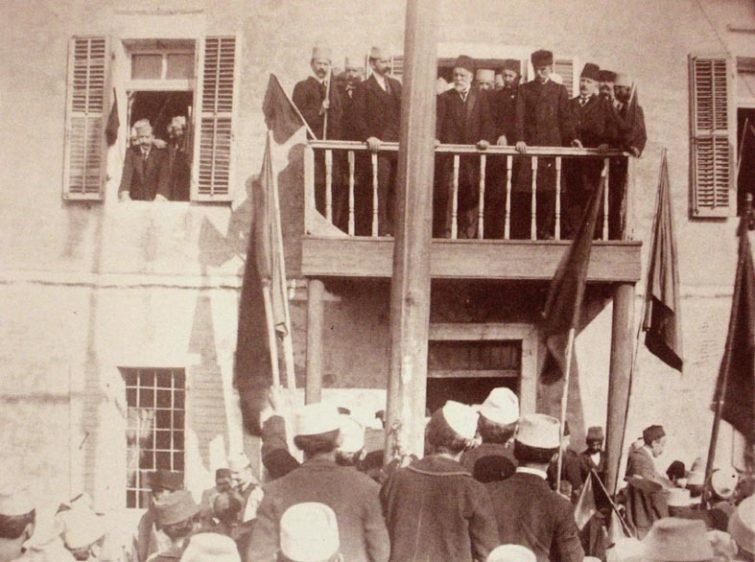 On November 28, 1912, Albania declared itself an independent state. Ismail Qemali (Kemal) became the first head of government. The photo shows Qemali (in the center front) and his government on the balcony, while celebrating independence.

In December 1920, the League of Nations recognized Albanian sovereignty and membership, but Albania lost large territories in the north and northeast, which were incorporated into the newly created Kingdom of Serbs, Croats and Slovenes, from 1929 Yugoslavia. The late recognition by the great powers of Albania as a nation-state, in comparison to the other Balkan states, which still had territorial ambitions in Albania, has strongly influenced politics since that time. The state had a very tough economic and political start, and the fear that the country would once again be divided between the neighbors after the peace was real. In addition, large sections of the population were skeptical of any form of central government, which in Ottoman times had been dominated by corrupt officials.

The interwar period was marked by instability, political intrigue, consolidation of the state, centralization, nation building, and increased state control over the religious communities and secularization of society. In the 1920s, socio-economic conditions were the most difficult in the region, and Albania lacked most of the infrastructure an independent state needs, such as roads, banks, ports, schools, industry and hospitals. A key issue was also to secure national control over the religious communities, to teach the population to read and to secure the borders against neighboring countries.

In 1928, the ruler Zogu proclaimed himself king, and authoritatively intervened to transform the fragmented, poor country into a modern, secularized nation-state, partly inspired by Mustafa Kemal Ataturk in Turkey. Until the Second World War, he succeeded partly in building a certain confidence in the central government and belonging to the state. He also stopped the road robbery, brought the clans of the north into the economy and subjected national institutions to religious institutions and foreign schools.