The state of Albania with its present borders first existed in the 20th century. In ancient times the area was part of Illyria, as in the 200 century BCE. became a Roman province. After the year 395 AD, the province came under Byzantine rule. From approx. By 1430, Albania was under Ottoman control and divided into four administrative areas, until the Declaration of Independence in 1912. The following year, half the territory was recognized by the great powers.

During World War I, Albania was occupied and divided. During World War II, Albania’s borders in the north were expanded to include large parts of Kosovo and Macedonia. After 1944, the boundaries were changed to the way they had been before the war. 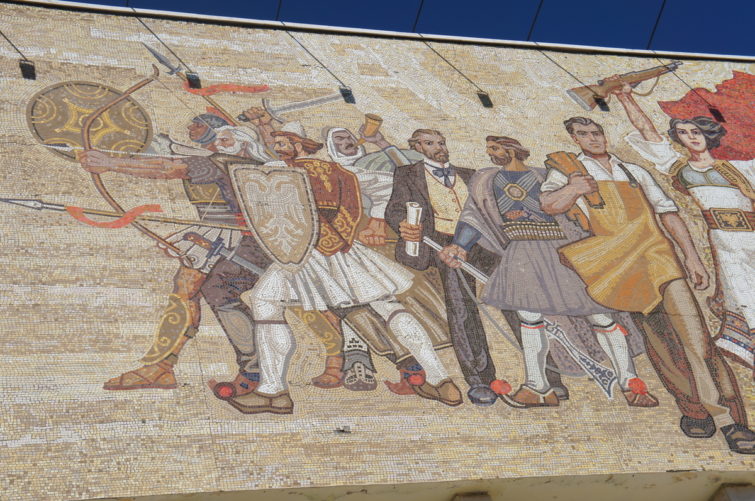 The Roman province of Illyricum covered much of the Adriatic coast. As the Roman conquests continued against the Danube under Emperor Augustus, Illyricum was divided into Pannonia and Dalmatia. Today’s Albania belonged to the provinces of Dalmatia, Macedonia and Moesia and became an important area for the Romans, both economically (copper, silver, wine, cheese and more) and culturally (Apolloneia as a learning center). Via Egnatia, the Roman road through Illyria, the coastal town of Dyrrachium (the Latin name of Epidamnos) connected Saloniki and later Constantinople.

One tribe, probably Illyrian, named albanoi in Central Albania mention of the Egyptian geographer Ptolemy in 100 century CE. The country was Christianized all the 200- and 300-number. Illyrian soldiers eventually became a significant part of the Roman army, and in the late 200s and early 300s, several of the Roman emperors were Illyrians (among others Diocletian). At the division of the Roman Empire in 395 arrived today Albania under the Byzantine (Byzantine) Empire.

During the migration period, the country was invaded by several ethnic groups. Slavic tribes, which penetrated from the late 500’s, were of the greatest importance. In written sources, the Illyrians as an ethnic group are mentioned for the last time in the early 600s. The term Albanians first appeared in texts in the 11th century.

By aligning the units of the Byzantine military administration, Dyrrhachion (Durrës) in Albania was created as its own theme (military unit). From 883 heard most of the country under the Bulgarian Empire, until it was retaken by Byzantium (the Byzantine Empire) under Emperor Basil 2 in 1018. Krigshandlinger between Byzantium and the Normans from southern Italy led in the period 1081-1185 to four Norman invasions in Albania. Among other things, Durrës (Italian Durazzo) was captured by Robert Guiscard in 1081. Also the first crusade led to ravages in the country in 1096.

From the late 1100s, the Principality of Arbanon or Albanon (Arbëria or Arbër in Albanian) originated with a seat in Kruka, which at its largest covered most of what is now central and northern Albania. After the Fourth Crusade (1202-1204) led to a fragmentation of the Byzantine Empire, Albania became part of the despot Epeiros. Later in the 13th century, Albania belonged for a time during the Second Bulgarian Empire (Asen) under King Ivan Asen 2 before the Byzantine Empire regained control. The coastal cities in the 13th century were partially under the Italian city states of Venice and Sicily.

An attempt in 1272 by Sicily King Karl of Anjou to proclaim himself king of Albania after first gaining control of Durres was short-lived. Of greater importance was the Serbian conquest that began in the late 13th century and which made Albania (except Durrës) part of the Greater Serbian empire under Stefan Dušan in the 13th century. After his death in 1355, the empire disintegrated. By then many Albanians had fled south and southeast and settled as far away as the Peloponnese.

After the Serbian rule, several feudal rulers emerged, first under Serbian, then most under Albanian leadership, including the Balsha family (Serbian Balša). They were often in bitter conflict with each other. This split facilitated the conquest of Albania by the Turkish (Ottoman) Empire in the latter part of the 13th century and the beginning of the 14th century. The Ottomans had crossed over to Europe around 1350 and reached the Albanian Adriatic coast in 1385. The rapid Ottoman conquests caused a number of Balkan rulers and feudal lords to ally themselves to stop the Ottomans. 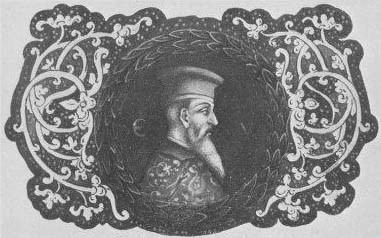 The national hero Skanderbeg started an Albanian rebellion against the Ottoman regime. The picture is a miniature from the latter half of the 1400s, and the oldest production found by him.

In the Battle of Kosovo Polje (‘Trostesletta’) in 1389, Serbs, Bosnians, Albanians, Bulgarians and Romanians participated on the Christian side against the Ottomans, but lost. The main opposition was broken, although it was some time before the entire Balkans were under Ottoman control. Large parts of northern Albania (with Shkodas) were conquered in 1393, the rest of the country in 1415-1419. The Ottoman expansion of power frightened Venice, which had support points for its trade also on the Albanian coast. Venice succeeded in taking over important cities such as Durrës (1392) and Shkodër (1396). But around the year 1500, the Ottomans gained formal control over the coastal towns as well.

Initially the Ottomans ruled the countryside through local princes and feudal lords, but after most of Albania was incorporated as a sandjak (administrative area) in the Ottoman Empire in 1430 with Gjirokastër as its capital, the timar system was introduced in the 1430s: the earth became state property and managed by Sipahis, who received income from the earth as a counterpart to war service. The Sipahis were partly Albanians, partly Turkish immigrants from Anatolia. Property management was not hereditary. The reorganization of land tenure conditions led to a great deal of resistance from both former landowners and villagers, especially in the inaccessible mountain areas. The Ottomans never got there some complete exercise of power, and the mountain clans largely continued to govern themselves.

The greatest revolt was led by Gjergj Kastrioti, nicknamed Skanderbeg (1405–1468). He was first in Ottoman service, but started in 1443 an Albanian uprising which gained a large scope. Skanderbeg collaborated with Hungarian and Italian princes against the Turks, among others. Nevertheless, the Albanians were repeatedly left alone. After Skanderbeg’s death, the resistance continued, but the Turks soon regained control.

Decades of war and reprisals had set the country far back. Trade and crafts were down, many of the cities were destroyed, as were monasteries and churches. Thousands fled the country, especially to southern Italy and Sicily. Gradually, the Albanians began to convert to Islam, but no mass Islamization took place until the 1700s-1800s. Prior to the establishment of Ottoman rule in Albania, most of the Albanians in the north had been Catholic, while the Orthodox center of gravity was in the south. The fact that the majority of the population became Muslims was partly due to financial and other pressure to weaken the churches, especially the Catholic, and especially in connection with the war.

Although there were a number of minor revolts over the next few centuries, many Albanians also became among the Ottoman sultan’s most loyal subjects. At least 30 large viziers were of Albanian descent, and Albanians also constituted the Sultan’s guard.

The original lessons evolved into hereditary land. The peasants were harder suppressed, and there were many armed settlements between landowners. The widespread lawlessness made it possible for some to regain dominion over so large areas that the Turks eventually intervened with large army forces. Most famous is Ali Pasha (1740-1822).

There were a large number of major and minor uprisings in the 19th century, but they were protests in special cases (such as tax, military service, administrative reform) and not yet an expression of Albanian nationalism. The Turkish reform policy of tanzîmât from 1839 meant a stronger centralization and led to new local protests that were hard-fought.