Today, classical traditions of opera, ballet, theater, folk art, literature and music mix with many new cultural currents. Cultural institutions and events always arouse great interest among the population. Moscow and St. Petersburg remain the country’s leading cultural centers. Moscow alone has around 120 theaters, five opera houses, six symphony orchestras and numerous galleries and museums. Moscow’s Bolshoi Theater and the Hermitage are world- famousin St. Petersburg houses one of the largest art collections in the world. But also in some regional centers, cultural scenes have developed that can compete with the metropolises, such as Yekaterinburg (contemporary dance and theater), Novosibirsk (public art, theater and opera) and Nizhny Novgorod (contemporary art). Russia is home to 18 UNESCO World Heritage Sites, including the Kremlin and Red Square in Moscow and the historic center of St. Petersburg.

In principle, there is a considerable degree of cultural freedom in Russia. However, cultural workers are repeatedly exposed to public hostility and even legal actions for violating religious feelings or discrediting state symbols and officials.

The Religion Act of 1997 regulates the relationship between state and church. It defines four traditional religions – Orthodoxy, Islam, Judaism and Buddhism. Other religious communities can also exist legally in Russia, but must be registered.

Since the late 1980’s, the proportion of believers has increased significantly in the course of a “ religious renaissance ”. However, according to opinion polls, around 50% of the population describe themselves as non-believers. Although there is a high degree of appreciation for the Church and religiosity in Russia, this does not mean that people lead their lives according to Church regulations. There are no official statistics on the number of believers of different denominations and the numbers in most sources differ considerably.

According to homosociety, the Russian Orthodox Church (ROK) is by far the largest and most influential religious community in Russia today. Since the independence of the Russian Federation, it has become an extremely important social institution. The loss of believers and institutions that she suffered during the Soviet era, she was able to make up for a large part. At the head of the church is Patriarch Kirill I. He leads the ROK with the Synod, a body of twelve bishops and the Patriarch. The ROK has a special relationship with the Russian state, for example the patriarch is always present at important state events. The ROK sees itself as a multinational church that has a “canonical territory”. It extends over the CIS countries with the exception of Armenia, which has its own Orthodox Church.

There are only estimates about the number of members of the ROK, which vary between 50 and 135 million believers. Anyone who emphasizes their affiliation to the Orthodox Church in Russia today makes it clear that they stand by Russian tradition. The reawakening of religious life in Russia regularly gives rise to discussions about the role of the Russian Orthodox Church in society and its relationship to the state. 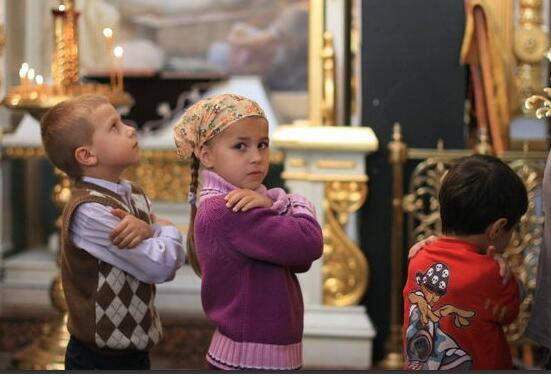 Islam and other religions

Among the traditionally religiously oriented ethnic minorities of Russia there are followers of Islam and Buddhism, shamanism and Judaism, and the Protestant and Catholic faith.

In addition, numerous other denominations, such as Buddhism (approx. 600,000 believers) – to which the Buryats, Kalmyks, Tuva and other population groups in the Irkutsk and Chita areas profess – Judaism (approx. 200,000 believers) as well as the Catholic Church of the Christian churches, representing the Evangelical Lutheran Church and a number of free churches (especially Baptists) in Russia. You are present in European Russia and Siberia.