In terms of area, the Russian Federation is the largest state in the world and a continuation state of the Soviet Union in international organizations, a nuclear power and a member of the G20. The important industrial nation is very rich in natural resources and is in a process of transformation and modernization.

Regional languages: Tatar, Bashkir and others

The CIA World Factbook, the Foreign Office, the United Nations Russia website, the European Forum and the Federal Statistical Office provide basic information about Russia. On the Russian side, the Rosstat statistical office provides data on numerous Subject areas.

The Internet platforms Dekoder, Eurasianet and International Crisis Group as well as newspapers such as Standard and Russia beyond the Headlines offer current news and in-depth analyzes of the country. Extensive collections of links can be found on the Objectivemind page, for example.

According to a2zgov, Russia has a very diverse range of natural conditions. From north to south, the zone of the arctic cold desert is followed by the zones of the tundra, forest tundra, the forest zone (taiga), the forest-steppe, steppe and semi-desert zone. Large landscapes form the East European Plain to the west of the Urals and the West Siberian Plain to the east, which merges into the Central Siberian Mountains. The Central Yakutian Plain is bounded in the south by Baikalia and Transbaikalia and in the east by the East Siberian mountains.

The highest mountain in Russia is Elbrus (5,642 meters) in the Caucasus. The Ural Mountains form the border between Europe and Asia. To the south, mountains such as Altai and Sajan west of Lake Baikal border the lowlands and mountainous regions. Countless mountain ranges, some of volcanic origin, form the East Siberian Mountains in Russia’s Far East.

The rivers Ob with Irtysh, Yenisei, Lena, Severnaya Dvina, Pechora and Kolyma flow into the Arctic Ocean; The Amur, Anadyr and the Kamchatka rivers flow into the Pacific, while the Neva, Don and Kuban flow into the tributaries of the Atlantic. The Volga, Urals and the Dagestan rivers drain to the Caspian Sea. There are around two million lakes, of which the Caspian Sea, Baikal, Ladoga, Onega and Taimyr Lakes are the largest.

Russia ranks first in the world with a share of around 20% of both forest and wood stocks. The forest area covers around 720 million hectares with a tree population of 75 billion cubic meters. Over 80% of the forests are in the Asian part of Russia, often in areas that are difficult to access. The forest in northern Europe and along the Trans-Siberian Railway has been severely decimated.

Just like the flora, the fauna of Russia is characterized by great diversity. On the north coast of the Arctic Ocean, in the Beluga – whales live, there are polar bears, seals and walruses. Reindeer live in the tundra region and are also bred by the local population. Arctic foxes, beavers, lemmings and snowy owls can be found in the wild. The vast forests of the taiga are home to numerous fur animals, including squirrels, sables, martens and foxes. But also moose, bears, wolves and – further south – deer, mink and Amur – leopards live here.

The steppe regions of Asia offer an ideal habitat for hamsters, ground squirrels and marmots. In the regions around the Volga, Don and Urals there are still isolated desmans, a species of mole that is threatened with extinction. In the fish-rich Russian waters, among other things, sturgeon and salmon can be found.

The fauna in the area of the Caucasus is Mediterranean and includes lizards and lynxes; the Caucasian leopard is critically endangered. Falcons, eagles and cranes can be found all over Russia.

Russia has gigantic natural resources. Crude oil and gas are extracted in western and central Siberia, in the Urals, Volga and Uchta-Pechora districts, in the northern Caucasus, Yakutia, eastern Siberia and on Sakhalin. Around a third of the world’s gas reserves are in Russia. The oil reserve, 10.9 billion tons, represents 6.4% of world supplies.

Significant deposits of hard coal, the reserves of which are estimated at around 200 billion tons, are located in the Lena, Kuznetsk and Pechora basins, on the Taimyr peninsula, near Vorkuta, Anadyr and Irkutsk. 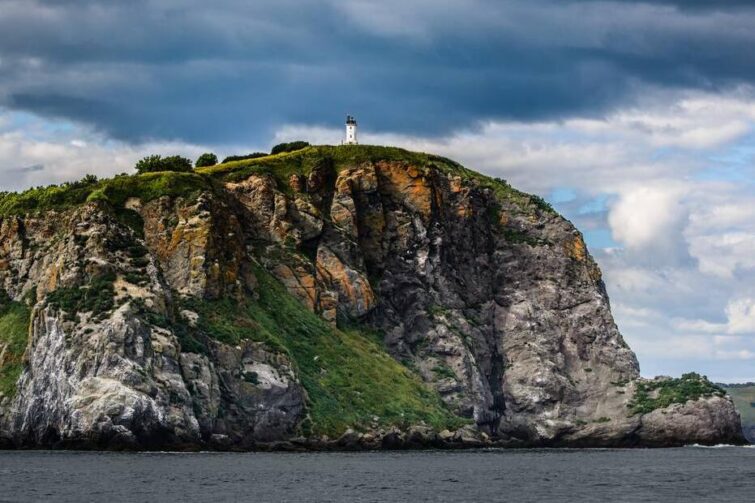