Security and disarmament policy remain at the forefront of cooperation with the USA. In 2007, relations with the US reached their lowest level in years: Putin saw the US plan to station a missile shield with bases in Poland and the Czech Republic as a project directed against Russia and a threat to global security.

In 2009, however, both sides were converging again: the administration under Barack Obama assigned Russia greater importance – as an important potential cooperation partner for resolving conflicts in Afghanistan, Iraq and Iran. With the establishment of a joint presidential commission, both governments wanted to structure their cooperation on a practical level. The so-called “reset” policy paved the way for the START agreement on strategic nuclear weapons that came into force in 2011 and enabled a new dynamic of cooperation between Russia and NATO.

Recently, relations between Russia and the US have deteriorated. With regard to Ukraine, the positions of the two countries are very far apart. The USA supports the Minsk Process and, in the course of the annexation of Crimea by Russia, has imposed entry and property bans on a number of Russian citizens responsible for this, as well as economic and financial sanctions. The sanctions were tightened in connection with the suspected interference of Russia in the US presidential election campaign.

According to ethnicityology, Russia and the USA accused each other of violating the INF (“Intermediate Range Nuclear Forces”) agreement and suspended the agreement in February 2019.

Since the end of the East-West conflict, a dense network of political and economic relations has developed between Russia and the European Union. The EU is the largest consumer of Russian energy, taking 63% of oil and 65% of gas exports. Russia was the first former Soviet republic to sign a partnership and cooperation agreement with the EU. The “Medium-Term Strategy of the Russian Federation (2000-2010)” vis-à-vis the EU stipulates that Russia does not seek to join the EU or to form an association.

As a reaction to the Russian intervention in Crimea and the authorization of the President to conduct military operations in Ukraine by the Federation Council, the European Council decided on March 6, 2014 to stop negotiations on the New Agreement and talks on visa liberalization with Russia.

In response to the Ukraine crisis, the EU put sectoral economic sanctions into force against Russia on August 1st. On August 7th, as a reaction to the EU measures, Russia imposed an import ban on agricultural products and food from the countries of the EU and other states.

In connection with the poisoning of the double agent Sergei Skripal, there had been diplomatic resentments between the USA, several EU countries and Russia. 14 EU states and the USA expelled Russian government representatives.

After five years of interruption which has Russian delegation their voting rights at the Parliamentary Assembly of the Council of Europe (PACE) to get back. At one meeting, the body passed a resolution to this effect – despite opposition from MPs from Ukraine and other countries.

Germany is one of Russia’s most important foreign trade partners. Around 6,300 German companies with subsidiaries and representative offices are active in Russia. In April 2005 a joint declaration on a strategic partnership in the field of education, research and innovation was signed. In November 2011, one of the most important German-Russian cooperation projects of the past decade was successfully completed with the 1220-kilometer “ Nord Stream Pipeline ” through the Baltic Sea.

The bilateral cooperation includes the annual government consultations as well as a lively cultural, political and economic exchange. The Petersburg Dialogue was launched in 2001 by President Vladimir Putin and Federal Chancellor Gerhard Schröder. Its main purpose is to promote an exchange of views between civil societies.

Under the motto “Germany and Russia – Shaping the future together”, Germany presented itself from June 2012 to June 2013 in the areas of culture, education and science, business and politics in around fifty cities in Russia with a wide range of activities. The German-Russian Year of Education, Science and Innovation was successful: For example, it was decided to continue funding four innovation platforms and a working group for vocational training and international observation was formed.

In 2020/2021, a Germany Year will take place in Russia for the first time in eight years. In the course of the year numerous projects and events in the fields of culture, education, society, science and business are realized. In addition to exhibitions, concerts and guest performances, political encounters and conferences, pop ‑ up festivals lasting several weeks will also take place in the Russian regions, as well as innovative educational formats and youth conferences.

After several years of bilateral cooperation, the Foreign Office and the Ministry of Foreign Affairs of the Russian Federation launched the German-Russian Theme Years format in 2014 in order to deepen cooperation in thematically defined areas and to draw greater public attention to the diversity of bilateral relations. The German-Russian theme year of university cooperation and science will take place in 2018-2020.

Nevertheless, the cooperation between the two countries is increasingly burdened by the political developments in Russia, the Crimean crisis and the conflict in eastern Ukraine. 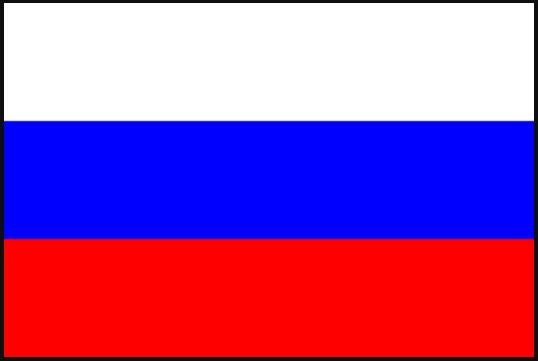