After falling deeply in the 1990’s, Russia had recovered economically. In addition to the stronger oil price, an increase in industrial production, domestic consumption and increasing investment activity had also contributed. Corruption and bureaucracy, however, hamper the country’s economic development. The long-awaited transformation into a high-tech state is still missing. Structural deficits, financing problems and trade restrictions through sanctions are holding back economic growth.

Major economic reforms were carried out during President Putin’s first term. They included the introduction of a uniform tax rate of 13%, the simplification of corporate taxation and measures in the financial sector to strengthen small business. Some resolutions provoke social protest, such as the monetization of non-monetary benefits inherited from the Soviet era, such as free use of public transport or free telephone connections.

President Medvedev called for a fundamental modernization of the country and its society with the help of high state investments in the areas of housing, infrastructure, health care, agriculture, energy industry and energy efficiency. He pushed for a reorientation of the economy in order to survive in international competition. On December 16, 2011, Russia became a member of the World Trade Organization (WTO). The modernization campaign initiated by Medvedev in 2010 envisages investments of around EUR 1 trillion by 2030. It will be continued by President Putin.

A central concern remains a stronger economic integration of the Commonwealth of Independent States. Building on the customs union between Russia, Belarus and Kazakhstan, the Eurasian Union was established in November 2011. The institutions of the Eurasian Economic Union, which came into force at the beginning of 2015, already exist: a Eurasian Economic Commission in Moscow and a Court of Justice in Minsk. The member countries Russia, Belarus and Kazakhstan should, following the example of the European Union, freely exchange goods, services, capital and workers among each other and in “key areas” such as energy and industry, Agriculture and transport coordinate their policies.

In the 2019 corruption ranking by Transparency International, Russia ranks 137th out of 180 countries. In addition to the fight against corruption, the dismantling of administrative barriers, the promotion of small and medium-sized companies, investments in the outdated infrastructure and a diversification of the economy as a whole are the major challenges for the continued positive economic development of Russia. In February 2012, Russia joined the OECD Convention on Combating Corruption.

In early May 2014, Prime Minister Medvedev prepared the public and the economy for difficult times. In order to embark on a new growth path, the government is discussing suitable reforms. There is also a realignment of industrial, budget, monetary and credit policy. The aim is to stimulate private investment, expand the manufacturing industry and improve the competitiveness of Russian export goods. It is also about import substitution. On the one hand, to encourage foreign manufacturers to transfer technology in the form of on-site assembly and production. On the other hand, the lack of imports from Ukraine and from countries imposing sanctions have imposed to replace them with their own, newly created capacities.

According to naturegnosis, Russia is approaching the PRC economically. Numerous economic agreements have been signed. The agreements include the establishment of a competitor for Boeing and Airbus, the construction of a bridge and the supply of energy carriers.

The rise in foreign exchange income in the noughties put the Russian leadership in a position to finance reform measures from its own resources, while the volume of TACIS (ENPI) funds fell constantly. The Russian state paid off a large part of its debts to external donors such as the World Bank, the International Monetary Fund and the EU and was increasingly able to evade any form of conditionality policy.

Russia provides limited development aid, but is not a member of the OECD and its Development Assistance Committee (DAC). In 2009, the amount of development aid increased from $ 220 million in 2010 to $ 900 million. While in recent years Russian development cooperation has focused on writing off the national debts of developing countries (including within the framework of the HIPC initiative), Russia is now increasingly relying on grants for international funds and organizations such as UNICEF and other United Nations funds.

In 2014 a concept for Russian development cooperation was adopted. The stated goals are to help developing countries, with the focus on education and the fight against infectious diseases. The concept defines the geographic priorities of Russian ODA as the poorest countries in Central and Southeast Asia and Sub-Saharan Africa. Linchpin of Russia’s Africa Initiative, the development of infrastructure, agriculture, engineering, digital economy and health sector in Africa provides for industrial zones in Egypt and Zimbabwe.

The export structure is very much geared towards raw materials and Russian foreign trade is therefore dependent on the oil prices on the world market. The most important trading partners are the EU (especially Germany and the Netherlands), the People’s Republic of China and the CIS countries. Although raw materials continue to dominate Russian exports, exports of non-raw materials are continuously increasing. In 2017, the share of non-raw materials made up around 19 percent of exports. Agricultural products, armaments and motor vehicles are the main contributors to this. The most important import goods include machines,Plants, vehicles and chemical products.

On December 16, 2011, the Russian Federation was admitted to the WTO after 18 years of negotiations. After ratifying the commitments in summer 2012, Russia became the 154th official member of the World Trade Organization. In order to facilitate access to the market for goods and services, import duties have been reduced and export duties limited. Furthermore, technical regulations, sanitary and phytosanitary measures were adapted to international norms and standards.

Accession to the WTO did not sustainably stimulate Russian foreign trade. In order to protect Russian key industries from excessive international competition, non-tariff hurdles have been set up, for example in the form of an environmental tax on imported vehicles. Domestic manufacturers were initially spared the additional levy for several months.

The imposition of western economic sanctions in spring 2014 and Russia’s response measures in the form of a ban on imports of western food had a negative impact on foreign trade. 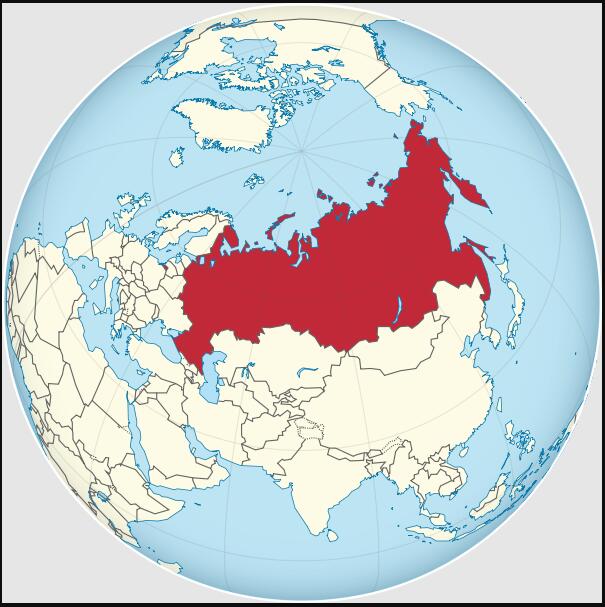