In the Germanwatch 2020 climate protection index, Russia ranks 52nd among the 61 countries assessed, with Russian emissions trends being classified as very poor. Russia has many ecological problems to contend with.

The coniferous forests of the taiga are under high utilization pressure. In northern Europe and parts of Siberia and the Far East, demand for wood and wood products has resulted in excessive logging. In the steppe areas, soil erosion, periods of drought and dust storms pose latent threats to agriculture. Deforestation and forest fires have decimated primeval forest areas to around 30% of the original area. In addition, bogs were drained, particularly in the European part of Russia. The country’s biodiversity is severely threatened. Lake Baikal is also a particularly sensitive ecosystem still at risk from industrial pollution. The main pollution in cities is air pollution. The production of nuclear energy with outdated reactors poses a risk that is difficult to assess. Large amounts of nuclear waste are stored on the Kola peninsula, in the Urals region, in southern Siberia and in the Barents and Kara Seas. By leaking pipelines groundwater and rivers are contaminated with oil in all oil-producing areas, with particularly serious consequences in the northern regions with their low natural regeneration ability.

If the average temperatures rise due to climate change, the shift of the landscape zones in Russia towards the poles is possible. Thus, the mounting options for the Russian to be agriculture change. Furthermore, climate change could lead to a shift in sea routes. In just a few decades, the Northeast Passage could be navigable all year round. Changed permafrost conditions would have a major impact on settlement construction. With Jakutsk, Norilsk and Vorkuta there are three cities in Russia with more than 100,000 residents that were built on permafrost.

In many places Russia is equipped with energy-intensive technologies – including heating for all living spaces, which automatically perform at full capacity in the winter months without a regulator. The resulting waste of energy is considerable. Russia is the fourth largest producer of carbon dioxide in the world after the USA, China and India. In the Environmental Performance Index for 2020, Russia is ranked 57th out of 180 countries.

After a long delay, Russia ratified the Kyoto Protocol in November 2004. During his presidency, Medvedev made environmental and climate issues in Russia his political agenda. In December 2009, the climate doctrine was adopted. The goal was announced to reduce Russian emissions by up to 25 percent compared to 1990. In June 2010, the revision of Russian environmental legislation began and a roadmap for environmental protection for the period up to 2030 was drawn up. The law on energy saving and the increase in energy efficiency by 2020 by at least 40 percent compared to 2007 enables the competent authorities, companies and administrative authorities to focus on energy efficiency and to force energy saving.

Numerous environmental campaigns, such as protests against landfill sites around Moscow, the defense of the Khimki forest and Lake Baikal, as well as the protected mountainous landscape in Sochi, where the 2014 Winter Olympics took place, bear witness to the growing environmental awareness among the population. Film festivals with a focus on the environment take place regularly. The largest include Öko-Chashka in Moscow and Green Vision in St. Petersburg.

In September 2019, Russia ratified the Paris Agreement on Climate Change. The country thus declares that it is ready to reduce its greenhouse gases to 75 percent of 1990 levels by 2025. Russia’s CO2 emissions fell from 2.2 to 1.45 billion tons between 1990 and 1998. It was not the introduction of environmentally friendly production processes that led to the decrease in emissions, but the de-industrialization process that began in the course of the capitalist transformation. Although Russia supports international climate agreements, the resource export-oriented economic model stands in the way of an ecological turnaround in the country. 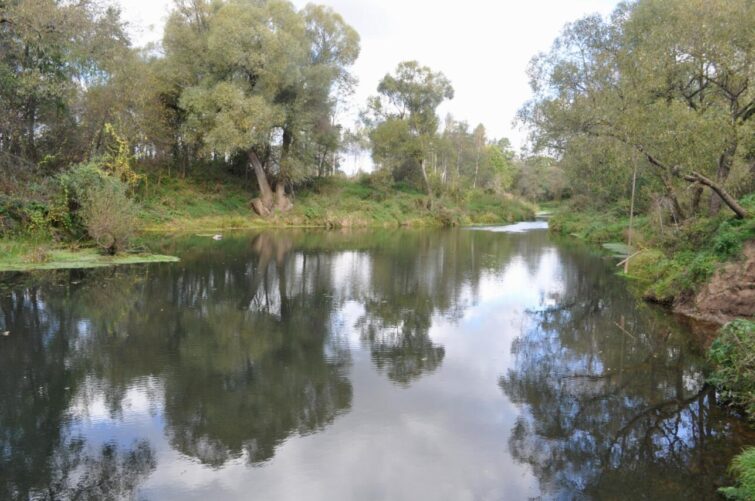 According to aristmarketing, the flag of Russia is a tricolor with three horizontal stripes of equal size: white above, blue in the middle and red below. White stands for faith and nobility, blue for hope and honesty and red for love, courage and bravery. The flag was officially used on Russian merchant and warships for the first time in 1896, it is based on the flag of the Netherlands. The flag was used unofficially during the Provisional Government of Russia after the overthrow of the Tsar until the October Revolution. The flag of the Soviet Union was then established until 1991. After only minor changes, the flag was used again in 1993.

The current coat of arms of Russia has been in use since 1993. The double-headed eagle in the coat of arms goes back to the eagle of the Byzantine emperor, in whose tradition the Moscow grand princes and the later Russian tsars placed themselves. The three crowns used to stand for the connection of Kazan and Astrakhan to the empire in the 16th century, but also for faith, hope and love. In modern times they were understood as a symbol for the three parts of the separation of powers – executive, legislative and judicial. The imperial orb and the scepter stand for protection and sovereignty.