Albania has had a secular character from its founding in 1912. The first nation state in Europe with a Muslim majority was also one of the first with secular constitution.

Today, almost 70 percent of the population defines themselves as Muslims and just under a quarter as Christians. This holds great differences in beliefs and practices, and relationships have long been an inflamed theme. In 1945, the country had 72.8 percent Muslims, 17.1 Orthodox and 10.1 percent Catholics.

In today’s Albania, which used to be an atheist republic, 44 percent say religion is an important part of daily life. 87.5 percent state that they “believe in God”, a figure among the highest in Europe. 2.2 percent refer to themselves as “atheists”.

Few Albanians pay particular attention to religious practices and rituals. Less than two percent go to the mosque or church daily, while a quarter never do. The vast majority attend festive events a few times a year. 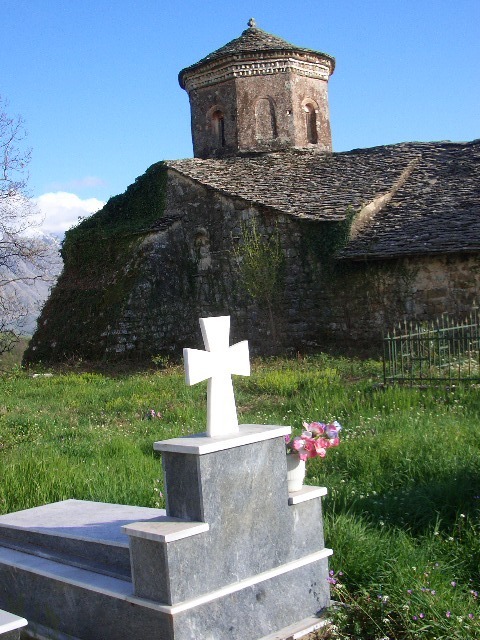 There are many pilgrimage destinations around the country. The most famous is the Catholic Church of St. Anton in Lac in the northwest, which is visited by both Christians and Muslims. Another is the Mount Tomorr (2416 masl) at Berat, where Bektashier pilgrims 20-25. August and Christians on Mary ‘s Ascension Day August 15th.

Albania’s Muslims have historically been divided into different branches of Islam, both official “mosque-islam” and “tekke-islam”, ie Sufism, Islamic mysticism, represented by various dervish earths. This has given Albania the nickname “the land of dervishes “, although these small orders are now disappearing. The largest sufi order in today’s Albania is the Bektashi community, which is an independent organization headquartered in Tirana.

Albania’s Orthodox have historically lived in southern Albania, though with some smaller groups at the border with Montenegro in the northwest. The Catholics have been centered in the mountains of northern Albania and in the northern city of Shkodër.

Also Bahai and Protestant Christianity has existed in Albania since before communism.

Around the year 1600, about 90 percent of Albanians were still Christians, most of them Orthodox. The transition to Islam was jerky. In the 1600s, tax pressure on Christians intensified, and that was one of the reasons why a majority of Albanians eventually converted to Islam.

The Albanian national movement that emerged in the late 1800s was based on the idea that religious differences should not spread. With the Declaration of Independence from the Ottoman Empire in 1912 and the consolidation of the state after the First World War, secularism and secularization of society became an important political task. During the 1920s Sharia courts were abolished and replaced by civil laws. Foreign religious influence was fought and religious communities were largely subject to political control.

During communism, religion was suppressed and eventually banned in the Constitution (1976).

Albania has throughout its history as an independent state had a secular constitution. The distinction between religion and politics has also been fundamental in the Albanian nation-building project and official politics for all governments for nearly a hundred years. Under Ahmet Zogu’s rule, there was an ever-increasing state control over the faith communities. This process was continued by the Communists and radicalized.

In Marxism, religion was seen as an anti-revolutionary factor. For the Albanian communists, religion was also a conspiracy against the nation as such. Some of this stemmed from a fear that neighboring countries with a strong religious profile and territorial interests in Albania were manipulating religious communities and religious affiliations to gain influence in the country. In addition, it was important for Albanian nationals to create a certain community between the various religious groups. The Albanian communist regime therefore went much further than anything else in its fight against religion.

Although the anti-religious policy was radicalized during the Albanian cultural revolution in 1967, the clash between the clergy and communists began towards the end of the Second World War. After the war, what the communists had defined as “reactionary” clergy organized resistance movements such as “Catholic Action” and “Albanian Unity” to fight the new government. Soon all clergy were labeled as “class enemies” and societal threats.

In the first phase of atheist religious politics (1944-49), the Communist Party Labor Party began to sabotage religious communities and secularize the education sector, which became the site of strong anti-religious propaganda. For Prime Minister Enver Hoxha, religion was something that destroyed people’s thinking and blinded them to the exploitation of the bourgeoisie. Religious literature was censored, and religious charity and health work were banned. The land reform of 1945 deprived religious communities of all their property, including the libraries. There were also violent clashes.

By 1950, many clergy had been interned and replaced with regime-friendly ones. The Catholic Church in Albania was described as particularly traitorous and subject to the control of the Communist Party instead of the Pope.

By September 1967, Albania had officially closed all religious objects: 2169 mosques, churches, monasteries, etc. as part of the “people’s liberation”. The 1976 Constitution stated that “the state does not recognize any religion and supports atheistic propaganda to inculcate the materialistic-scientific worldview in the people”.

In 1968, the American Free Albania Committee reported that 200 clergy had been killed or sent to labor camps, urging the UN to stop religious persecution in Albania. The Vatican and exilban religious communities also criticized Albanian authorities and urged them to restore religious freedom in the country. In 1973, foreign media reported that a 74-year-old Catholic priest had been executed for baptizing a child. The regime defended this by being an “agent of the Vatican” and intensifying the pressure on the Catholics.

After Hoxha’s death in 1985, there was a certain softening of religious politics. Towards the end of 1990, religion was legalized.

After atheism, all Albania’s religious communities were broad-minded and lacked everything from buildings to competence. Following the collapse of the Communist regime in 1991-92, religious communities have largely been rebuilt in Albania. Foreign players from far and near poured in to help their fellow believers.

The opening of the Lead Mosque (Albanian: Xhamia e Plumbit ) in Shkodër in 1990 marked the revival of Muslim activity in the Albanian public. The following year, the authorities recognized the Muslim faith community. In 1993, Pope John Paul visited 2 Albania. These events were celebrated by both Muslims and Christians.

After religious freedom in 1990, new religious groups have emerged, such as Pentecostal and charismatic forms of Christianity, as well as Jehovah’s Witnesses and other new religions. However, these have limited support.

Albanian politicians, clergy and lay people like to emphasize the religious tolerance of Albanians as a national feature. Albanian authorities also promote Mor Teresa as a national symbol. Pope Frans ‘ first European visit outside Italy was added to Albania on September 21, 2014.