The Greek mainland, which forms the southernmost part of the Balkan Peninsula, consists of the furthest to the northeast of Thrace, to the west follows the landscape of Macedonia and the peninsula of Chalkidiki, to the south of Thessalia, Voiotia ( Boiotia ) and the peninsula of Attica, where the capital Athens is located.

To the west of the Pindos Mountains is Ipiros. The bay of Corinth cuts almost entirely from the southernmost peninsula, the Peloponnese.

Greece has between 600 and 1400 islands, depending on the definition, of which about 200 are inhabited. The islands are mountainous. To the west along the mainland are the Ionian Islands, including Kerkyra (Corfu), Cephalonia and Zakynthos. To the south of Attica lies the Cyclades, including Mykonos, Paros, Naxos and Santorini. To the east are the northern Aegean islands, including Lesvos (Mytilini), Chios and Samos, and to the south of these along the Turkish coast lies the archipelago of the Dodecanese, with Rhodes as its most important island. Right in the south lies Crete (8340 km2 ) as the largest of the Greek islands, and the fifth largest island in the Mediterranean.

Greece lies partly in the temperate and partly in the subtropical climate zone. The coastal areas as well as the lower parts of the inland have a Mediterranean climate with mild, humid winters and hot, dry summers.

The lowlands in the southern part of Greece have steppe vegetation with shrubs of the maqui type (evergreen, thick leaves). North of this Mediterranean zone comes a belt of summer green oak and chestnut. In the high mountains there is bush and grass vegetation. In the north, the pine forest reaches up to 1500 m. Olive and fig trees grow half wild in large parts of the country.

The flora of Greece is very species rich with more than 6000 plant species. More than 740 species are endemic, that is, they do not grow anywhere else. Greece has Mediterranean fauna with quite a large species richness. Of the 80 mammal species, there are 11 insect eaters, 23 bats and 25 rodents. 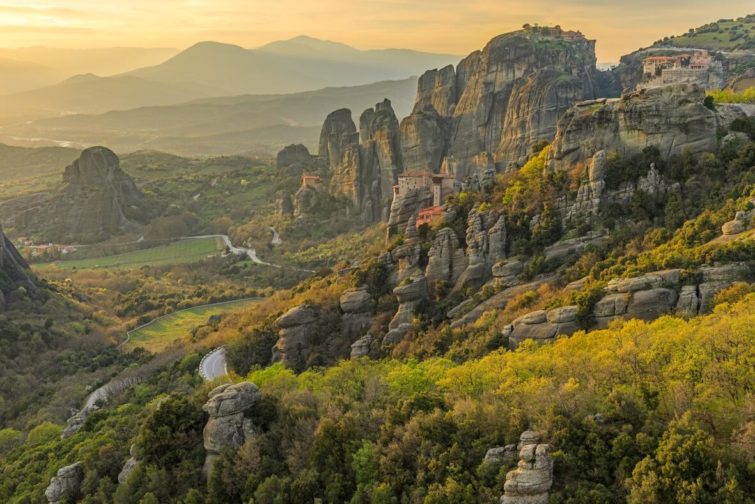 The lowlands of southern Greece have steppe vegetation with shrubs of the maqui type (evergreen, thick leaves). Grass growth comes with the rainy season in the fall and winter. In the west, where rainfall is greater, evergreen rock oak grows. North of this Mediterranean zone comes a belt of summer green oak and chestnut (600-1000 m asl in the south), above it (1000-1900 m.) Mixed forests of spruce and beech, and in drier areas of pine, which can reach severe dimensions. In the high mountains there is bush and grass vegetation. In the north, the pine forest reaches up to 1500 m. Olive and fig trees grow semi-wild in large parts of the country.

The flora of Greece is very species rich with more than 6000 species of seedlings. More than 740 species are endemic, ie they do not grow elsewhere.

Everything in ancient times the forest was destroyed in inhabited areas, and in the mountains it is also badly damaged by grazing goats and sheep. Productive forest covers only 15% of the land area. The steep valley sides are strongly exposed to erosion during the rainy season. To preserve the earth, since ancient times terraces have been built with stone walls. This terrace culture with stair-like ledges up the valley sides is more pronounced in Greece than in other Mediterranean countries. 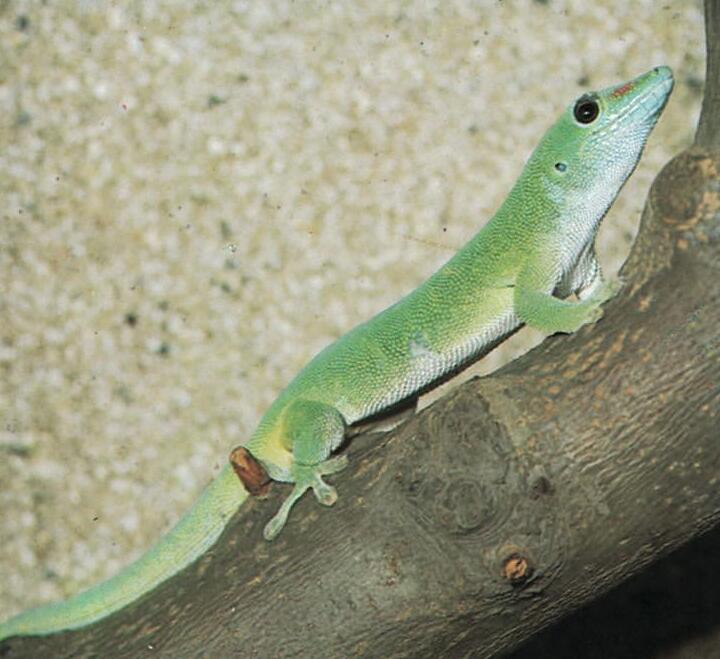 Greece has Mediterranean fauna with quite a large species richness. Of the 80 mammal species, there are eleven insect eaters, 23 bats and 25 rodents, including squirrels, sisels and seven-sleepers. By lagomorphs are European Hare usual, but the rabbit does not exist.

Wild boar, foxes, golden jackal, wild cat, badger, husmår and least weasel lives of most of the country. Deer and otters are also widely distributed, but lacking on the Peloponnese Peninsula. In remote areas, especially in mountain areas, bears, wolves, yachts and hides occur. In the east live deer and steppe deer. Half of the world’s around 400 remaining Mediterranean donkeys are found in Greece.

225 bird species nest in Greece, including Dalmatian, many stork birds, four vultures six eagles, rock hen, chukar partridge, black-winged stilt, bee-eater and a number of singers and emberizidae. Many northern duck, wad and sparrow birds winter. There are valuable wetlands at Evros’ delta on the border with Turkey.

The reptiles include four turtles, three geckos, steelworms and some lizards. Sea turtles occur outside the islands of Kefallinía and Zákynthos in the west. Chameleon is introduced to Crete. There are nine snake species, including æskulapsnok, grass snake and the toxic sandviperen or sand viper.

The amphibians are represented by five salamanders and seven frogs and toads. 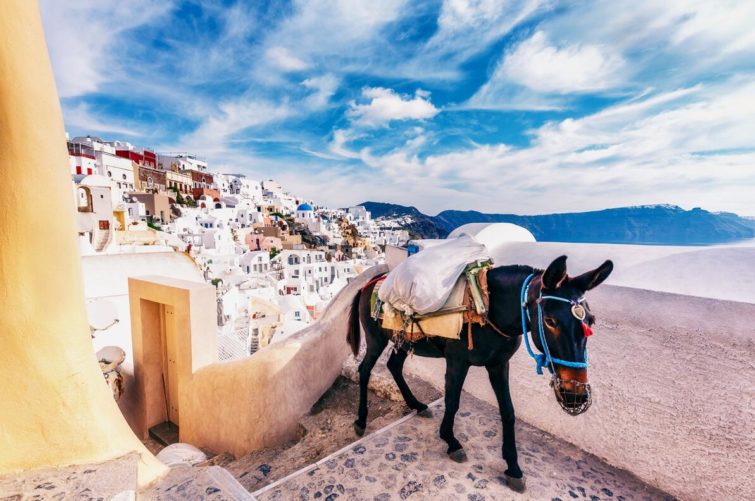