The country’s name, Crna Gora in Serbian and Montenegrin, means ‘Black Mountain’. Montenegro is the country’s Italian and international name.

Montenegro is heavily hilly with mountains that are among the steepest in Europe. It is a narrow coastal strip facing the Adriatic. Just north and west of Lake Skhodër there is a larger plain with swampy areas by the sea and a larger plain at the top. The country’s average height is 900 meters above sea level. The Kotor Bay is the only cut in the coastline. Inland, watercourses have excavated river valleys in the limestone strata; Tara is the deepest and longest river valley in Europe.

The country has an unusually rich plant and animal life in such a small area. The number of plant species is around 3000. About half of the land is forest covered. There are warm-cut deciduous forests in the lowlands, mixed and bare forests on the mountainsides and alpine high mountain vegetation (grass, heather) in the highest areas. At Lake Shkodër (Lake Scutari ) there is a large swamp and wetland area.

Inland there are, among other things, brown bears, badgers and deer. Along the coast, snakes, lizards and amphibians are common, and here and in wetland areas there is also a rich bird life.

On the coast and in lowland areas, there is a Mediterranean climate with hot, dry summers and mild, rainy winters. Crkvice at the Bay of Kotor is one of the wettest places in Europe with up to 4600 millimeters of rain a year. Inland has a more continental climate with temperate summers and cold winters. There is snow all year round on the highest mountains.

Montenegrins make up 47.7 percent and Serbs 30.9 percent of the population. By the way, Montenegro is an ethnically composed country, including a Bosnian majority in the north and northeast. 5.9 percent state Bosnjak as their ethnic identity, and 7.7 “muslimani” (the Yugoslav term for Muslims with South Slavic language, understood as an ethnic group ). In addition, there are 1.2 percent Croats and 4.9 percent ethnic Albanians, which constitute a majority along the border with Albania in the southeast.

The settlement is closest to the coast and in the valleys. Podgorica is the only major city.

In the Constitution, Montenegrin is the official language next to Albanian, Bosnian, Croatian and Serbian.

The president is the head of state and is elected for five years by direct election. Parliament has a chamber of 81 seats. After the 2012 elections, the Coalition for a European Montenegro holds the majority with 39 seats.

The defense consists of army, navy, air force and semi-military special forces. Military duty was abolished in 2006. Montenegro’s goal is to join NATO.

According to Abbreviationfinder.org, MN stands for Montenegro, which is a member of the UN, the World Bank, the International Monetary Fund (IMF) and the World Health Organization (WHO), among others. 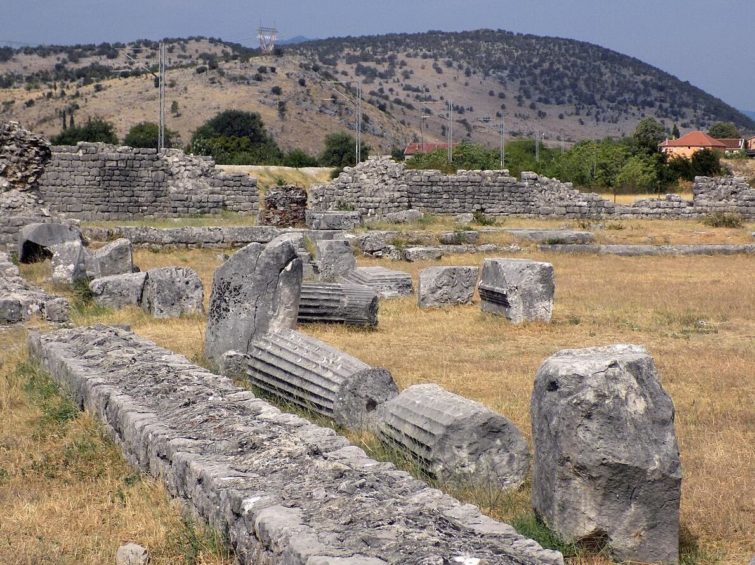 At the end of the 12th century, the area became part of the Kingdom of Serbia. When this disintegrated in the mid-1100s, Montenegro became an independent principality. It was in union with Venice and was in constant conflict with the Ottoman Empire. Countries in Western Europe recognized Montenegro’s independence in 1878.

In 1910, Montenegro was declared a kingdom. It was united with Serbia in 1918 and entered the Kingdom of the Serbs, Croats and Slovenes the same year, from 1930 called Yugoslavia.

After Yugoslavia’s collapse in 1941, a kingdom was declared in Montenegro, but the board was taken over by an Italian governor. The Germans took power during World War II in the fall of 1943; the following year the country was liberated by the Allies. When Yugoslavia became a federation in 1945, Montenegro became one of the country’s republics and gained a long stretch of coast.

In 2007, the country signed a “pre-membership agreement” with the EU, and today (2019) is a candidate country for membership in the Union.

The privatized aluminum industry is developed around the country’s bauxite deposits and is the most important industry branch. The dominant aluminum plant KAP was sold to Russian stakeholders in the 2000s, but has since been bought back by the state after significant challenges in making this industry profitable. Another important industry is the iron and steel industry. It is a large production of semi-finished products and some textile industry.

Montenegro is ranked as one of the world’s fastest growing tourist countries. Otherwise, telecommunications is a growing market; In addition to Norwegian Telenor and German T-Mobil, Serbian MTS has also established itself in Montenegro. In 2008, mobile broadband was developed with coverage across the country. 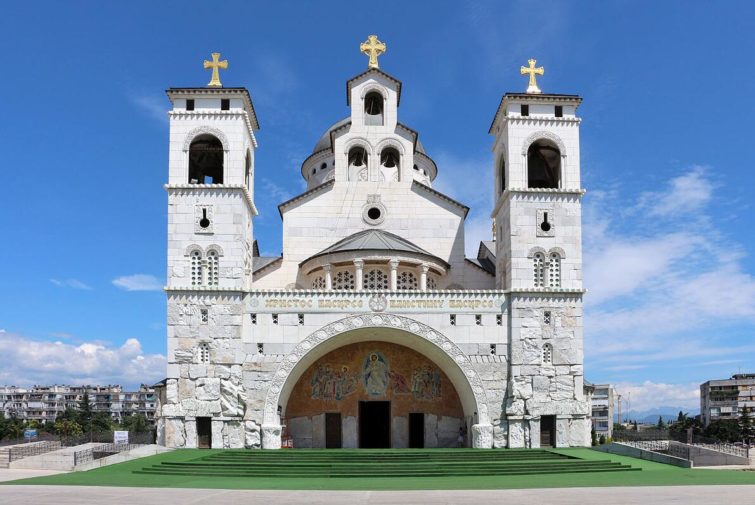 There is compulsory primary school for all children aged 6-14 and high school for 3-4 years. A university was founded in Podgorica in 1974 and in 1992 got its current name University of Montenegro.

The culture was influenced by trends from different times and the surrounding countries.

Montenegro has a state broadcasting company, Montenegro’s radio and television, with three television channels and two radio channels. A private radio channel has been in operation since 2000.

There are four daily newspapers and one weekly newspaper. Freedom of the press is statutory.

On the coast, elements of Venetian architecture are significant with the city of Kotor as an excellent example. Byzantine architecture is found especially in the interior.

Montenegro’s music is a mix of traditional and western influences. Jovan from Dukla composed religious songs and is the oldest known composer from the Adriatic coast. The oldest song association was established in Kotor in 1839. The following year, the Montenegrin army music was founded in Cetinje, where the country’s first music school opened in 1934. The first significant composer was Jovan Ivanišević (1860-1889). Borislav Tamindzic (1932–1992) was the foremost composer of the 20th century. Music schools were opened in several cities in the 1940s and 1950s.

Montenegro’s most famous rock band is Pepper and the country has excelled with a number of popular hip hop groups and dance music groups.

Montenegrin cuisine is influenced by, among other things, Italian, Turkish, Hungarian and Croatian cuisine and shows great variation between coastal and inland areas.

Montenegro is to a large extent a heavily rocky, calcareous mountain country. The entire 2/3 of the area belongs to the karst landscape that extends over the southern Dinaric Alps. The very word karst comes from South Slavic “krs”, and the scientific exploration of this type of geology started in just Yugoslavia. Place names with variants of the word include doline, uvala, and polje. The karst area is divided into two – the inner karst province in the northeast, and the outer along the coast – separated by lowlands with sedimentary formations in the middle.

Almost all of Montenegro consists of a marine geological area with previously shallow seas, which typically deposit large amounts of lime due to rich marine wildlife. The high calcareous yield gives both rich plant life and good water quality in many places. The layers have different thicknesses in different places in the country, and this is reinforced by later mountain range folding, which started about 300 million years ago. The latest mountain folds that characterize today’s landscape occurred in Late Cretaceous and early Tertiary.

Most of the country’s surface area is from Mesozoic (Triassic Jurassic Cretaceous), but in the north there are some older mountain masses from Paleozoic with emphasis on devon, carbon and perm. In the inner karst province, the limestone is largely from Triassic, with some intrusions (entrails) of magmatite from deeper layers.

Alongside the limestone, there is some element of dolomite that extends back to devon in age. The youngest are the sedimentary deposits in the southeast in the lowlands around Podgorica and Lake Skhodër. Silt and gravel plains with good cultivation land have been deposited in several mountain areas. Outside the lowlands lies the outer karst region of the coastal mountain range. This outer mountain range has thick limescale and mountains over 2000 meters above sea level with a lot of rainfall. This creates great inflow to underground springs and rivers in this karst region.

The rock formations are formed by several rounds of hercynic (folding zones formed during the Carboniferous period) and alpine rock folding, including during the collision between Europe and Africa. The fault lines are thus dramatic and follow parallel to the coastline.

All the way south-east towards Albania and Kosovo the mountains extend over 2,500 meters, with the remains of glacial lakes formed in earlier ice ages. The highest mountain is the Bobotov Kuk mountain peak in Durmitor, which is 2522 meters above sea level. In this area is also the Jama Cave, which is almost 900 meters deep. 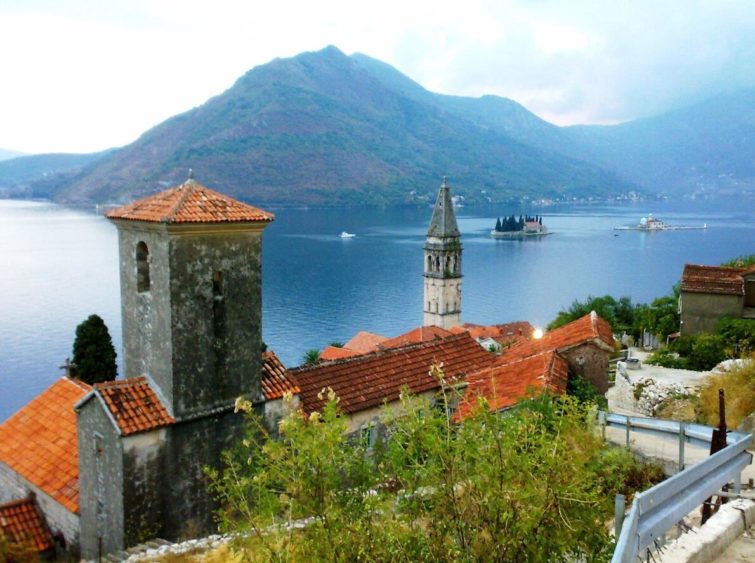 The bay of Kotor is reminiscent of a Norwegian westland fjord , but is not a true fjord (in the sense of the glacial river). The picture shows the village of Perast and the view of small islands in the fjord where there are older churches and monasteries.