Malta is a republic in Europe, in the Mediterranean south of Italy, and is one of the world’s smallest states. Malta consists of three major islands (Malta, Gozo and Comino ) that are inhabited and several small islands that are uninhabited, with Cominotto, Filfla and St. Paul as the largest.

Malta, smaller than the county of Oslo, has a strategic location and was under foreign rule for several centuries. The country became independent in 1964.

The name Malta is of uncertain origin. It can come from a Phoenician word for “refuge” (against storms), “safe harbor” or from the Greek word meli (honey), ie the “honey country”. 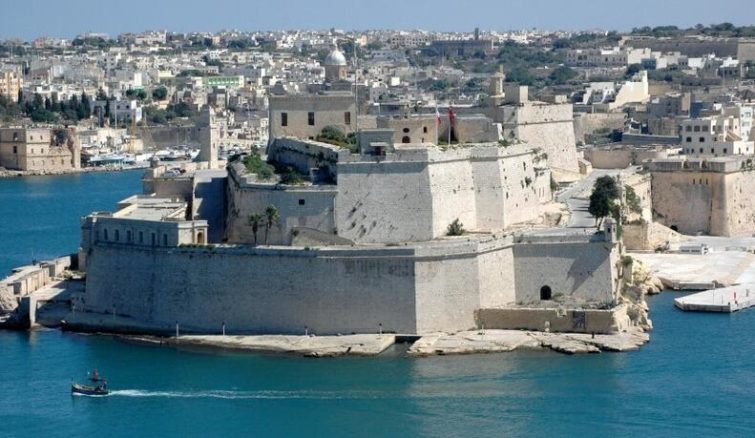 Fort Angelo in Vittoriosa, a town just south of the capital Valletta. The fort was originally built in 870, and was renovated and expanded in 1530.

The population is mainly Maltese originating from Arabs, Italians and British. Most live on the main island of Malta, where the capital Valletta is the center of a larger urban area around Grand Harbor. 94.7 percent of the population lives in urban areas (2019).

94.4 percent of the population belongs to the Catholic Church.

Maltese and English are official languages. Maltese, spoken by almost the entire population, is an Arabic dialect.

Malta is a parliamentary – democratic republic within the Commonwealth of Nations. The head of state is a president elected for five years by the House of Representatives elected. It has 65-69 representatives elected in general elections every five years. The president has almost only formal duties. At the 2017 parliamentary elections, the Labor Party received 55 percent of the vote.

Malta is divided administratively into six centrally managed districts. There are 68 local councils, 54 in Malta and 14 in Gozo.

Military service is voluntary. Defense forces consist of three land units, one air defense wing and one maritime squadron. In addition, there is a reserve force and a voluntary emergency reserve force.

Malta is a member of the UN and includes the World Trade Organization, Commonwealth of Nations, the EU, the Council of Europe and the OSCE. 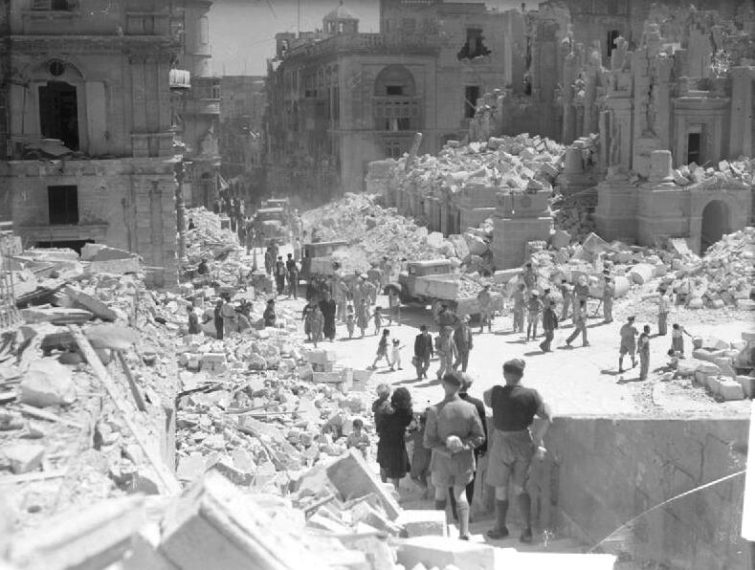 During World War II, Malta was bombed several times. The picture shows a bombed-out street in the capital Valetta in 1942.

Malta has had a settlement since about 5000 BCE. About 3000 BCE was the archipelago center of the megalithic culture in the Mediterranean. Gozo has some of the oldest stone temples known. The Phoenicians subdued the islands about 1000 BCE, and they were later subjugated to Carthage.

In 218 BCE. Malta became a Roman colony. Paul suffered shipwreck there around the year 60 and according to tradition the people there became Christian during his stay. Malta was conquered by the vandals in 454, the East Goths in 494, the Byzantines in 534 and the Arabs in 869. The Normans incorporated the islands of southern Italy and Sicily in 1090 as part of the kingdom they founded.

In 1530, Malta was left to the Johannite Knights who had been displaced there from Rhodes. In retrospect, these were called the Maltese Order. They erected the heavily fortified capital city of Valletta from 1565, built many churches, monasteries and palaces and fought wars against the Arabs and Turks in the 16th-17th centuries.

Napoleon conquered Malta in 1798. The Maltese rebelled, and with British help they chased away the French in 1800. Malta became a British crown colony in 1814 and an important British naval base. This became the main source of income for the Maltese.

Malta had limited internal self-government in 1921-1936. The islands had great strategic importance during World War II and were exposed to many aircraft attacks.

The constitution of 1947 introduced internal self-government. This became more extensive in 1961, and full independence was achieved in 1964. Malta became a republic in 1974. The British bases were evacuated in 1979, but Malta continued as a member of the Commonwealth of Nations. Malta joined the EU in 2004. 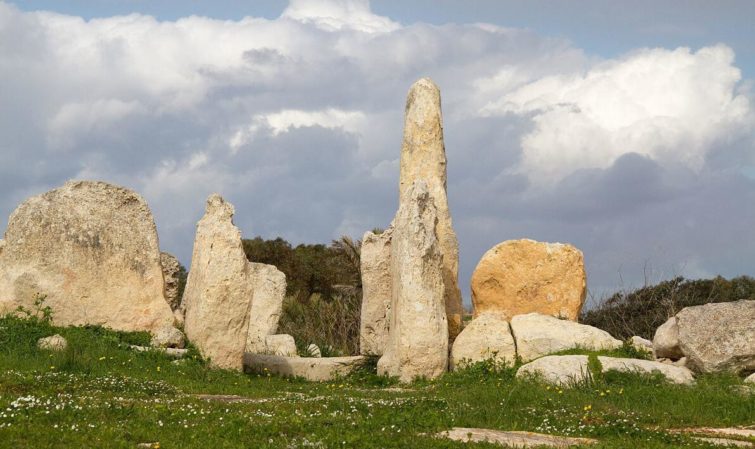 Malta has limited natural resources. Farming is carried out by means of terracing with soil that is obtained from outside and is dependent on artificial irrigation. On divided farms, potatoes and vegetables, wheat, citrus fruits and grapes are grown. About half of the land area is cultivated. Agriculture contributes 1.1 percent of the country’s GDP and employs 1.6 percent of the working population.

Malta has no known viable mineral deposits. The industry contributes 10.2 per cent of the country’s GDP and employs 20.7 per cent of the working population. The country has a significant light industry, including the textile and clothing industry as well as the food industry. The main export goods are clothing, shoes and vegetables, and the main import goods are fuel, machinery and motor vehicles and parts for motor vehicles.

The service industries contribute 88.7 percent of the country’s GDP and employ 77.7 percent of the working population. Tourism is a very important part of Malta’s economy. The country has a well-developed banking and finance sector.

It is compulsory schooling for anyone aged 5-16. There are six-year primary school and seven-year high school. The University of Malta provides free university education.

There are four large and 15 smaller daily newspapers. The state-owned Public Broadcasting Services Ltd. operates radio and television broadcasts. There are a number of privately owned radio stations and television companies.

For the last 500 years, Maltese literature has been written in six languages: Arabic, Latin, Italian, Sicilian, Maltese and English. The oldest known literary work is Pietru Caxaro’s poem “Cantinela” (c. 1470–1485), which was found in 1966 and published in 1968. The first novel written in Maltese is Anton Manuel Caruana’s “Inez Farrug” from 1889. A central novelist and the poet was Guzè Muscat Azzopardi (1853–1927), other well-known literary names are Anton Buttigiet (1912–1983), the poet and Malta’s second president, the playwright Mario Philip Azzopardi (1950–) and the poet and prose writer Immanuel Mifzud (1967–).

Malta has a rich prehistoric sculpture. From Roman times, among other things, decorative marble floors have been preserved. Mattia Preti’s decorative ceiling decorations at St. John’s Cathedral in Valletta are considered high baroque masterpieces. The National School of Art was established in 1921 and inspired artists who founded The Modern Art Group in 1952. Prominent members include George Preca (1880-1962), Josef Kalleya (1898-1998) and Esprit Barthet (1919-1999).

Traditional Maltese music features Southern European and North African elements, including Ghana with guitar music in the background and male singers performing in turn. The Etrika project was established in 2000 to raise local and international awareness of Maltese folk and popular music. The latter is Western inspired.