Luxembourg is slightly larger than Vestfold county, has 556,319 inhabitants per 2014 and is one of the smallest nations in Europe. It is also the world’s only Grand Duchy. The country has a well-developed economy and has the highest gross national income per capita. Luxembourg is one of Europe ‘s most important banking and financial centers.

Luxembourg (the name) is after the castle Luxembourg which means ‘small castle’.

37 percent of the population are foreigners. Most are Portuguese, French and Italians. As of 2010, 85 per cent of the inhabitants live in cities.

Luxembourg is a secular state, but 87 percent are Catholic Christians. The others include Protestants, Jews and Muslims.

Luxembourg is a hereditary constitutional monarchy, with a grand duke as head of state and a parliamentary democracy. The government is appointed by the Grand Duke, but is based on a majority in the National Assembly, the Chamber of Deputies, where the 60 representatives are elected in general elections for five years. Due to voting duty, turnout is high.

Luxembourg is divided into three districts, Diekirch, Grevenmacher and Luxembourg, which are again divided into twelve cantons and 106 municipalities.

Military service is voluntary for women and men. The defense consists of an army. The country is without air force and navy. In addition to the army there is a gendarmerie of 600 men.

There are three languages ​​spoken: German and French as well as the local Luxembourg, which in 1884 became the official language alongside French and German.

Luxembourg is a member of the UN, the World Trade Organization, the EU, NATO, the OECD and the OSCE. The country is the seat of the European Court of Justice, the European Parliament, the European Investment Bank and a number of other EU institutions. The country has been involved in the euro since its inception. 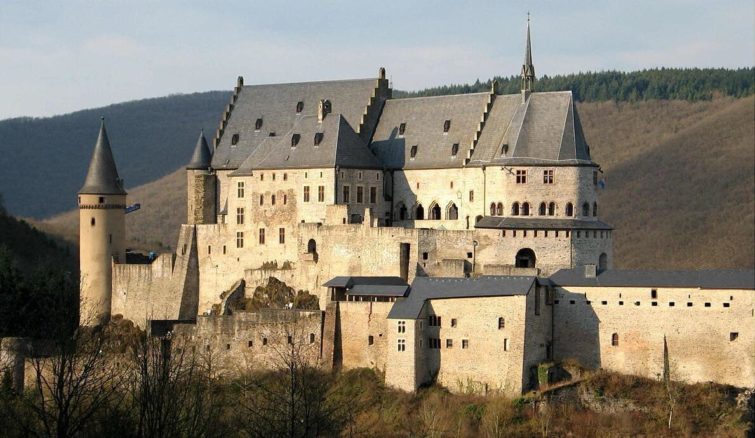 The country’s written history begins in the Middle Ages and applies to the castle of Luxembourg as a city society developed around it. In 963, Luxembourg became an independent political entity with a county which included the present Luxembourg and the Belgian province of Luxembourg. In 1354 the country became a duchy. From 1443, Luxembourg came under various European countries and dominions.

In 1830, Luxembourg was divided and the Walloon part was subject to Belgium. When Belgium disbanded from the Netherlands in 1839, Luxembourg lost more than half its area, but became more independent. In 1867, Luxembourg’s independence and neutrality was declared in the London Convention. The country achieved full independence in 1890 when the Dutch king William 3 died.

Luxembourg was occupied by Germany in 1914–1918 and 1940–1944. This led to the country abandoning the principle of neutrality in 1948 and becoming one of the founding nations of the UN, EU and NATO. Luxembourg is one of the three members of the Benelux.

Xavier Bettel of the Democratic Party has been prime minister since 2014.

Luxembourg is an international center for banking and finance, which together with the iron and steel industry is the country’s most important trade routes. The industry in recent years become more diversified including the preparation of chemicals, leather, textiles, cement and high technology manufacturing. There are deposits of antimony, lead and copper, but modest recovery.

Agriculture plays a modest role with less than five percent of the workforce. Important products are grains and root crops in the north and fruits, grapes and wine as well as sugar beets in the south. Forestry plays a certain role.

The large growth in service industries has in recent years compensated for a decline in the iron and steel industry. Service-providing industries contribute 85 per cent of employment. Many foreign companies have offices in Luxembourg because of the country’s liberal tax and corporate laws.

Beautiful scenery and medieval citizens attract many to the country, which is visited annually by twice as many tourists as there are inhabitants.

The main trading partners are Germany, France and Belgium. 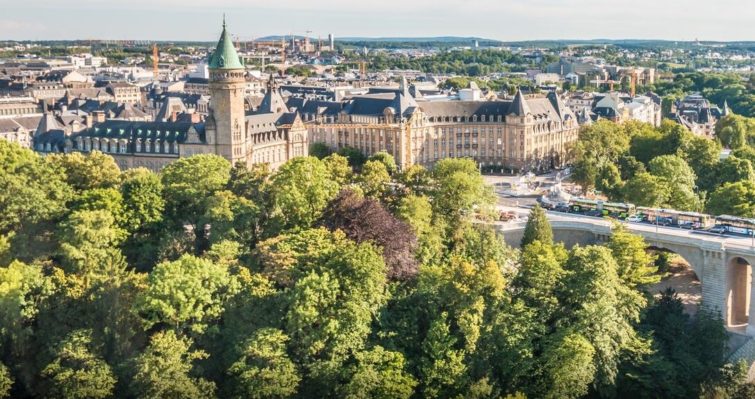