It is compulsory and free schooling for children from six to 15 years. The elementary school is six years old. When the children are twelve years old, they must choose between continuing in secondary school or taking a technical and vocational education. The University of Luxembourg is the only country in the country. Many young people study abroad.

Luxembourg has two large and some smaller daily newspapers. The largest are the German-language newspapers Luxemburger Wort and Tageblatt. There are several radio and television stations, such as Radio Luxembourg and the RTL group.

Codex Mariendalensis is a manuscript from the early 1300s that was discovered in 1999. There is a verse poem of 5963 lines about Yolanda by Vianden that was probably written by Hermann von Veldeutz.

The literature is written in the three languages ​​German, French and Letzeburgesch (Luxembourgish). The lyrics have a prominent place and have international reputation with names such as Gregor Stein ( pseudonym of Pierre Gregoir), Anise Koltz, Jean Portante and Jean Krier. Important novelists after the last war are Guy Rewenig and Roger Manderscheid.

Folk music has roots in the Middle Ages, including instruments such as mouthpieces and bagpipes. In the Middle Ages church music was written at the Abbey in Echernau. In 1794, the first Philharmonic Company was founded in Wiltz. Luxembourg’s national composer is Laurent Menager (1835-1902).

Since 1999, the Luxembourg Sinfonietta Orchestra has also promoted contemporary music internationally. The national radio station Radio Luxembourg has listeners throughout Europe. In the capital, it’s a thriving jazz community.

In the field of construction, the medieval castle in Vianden, a number of churches and several bridges can be highlighted. 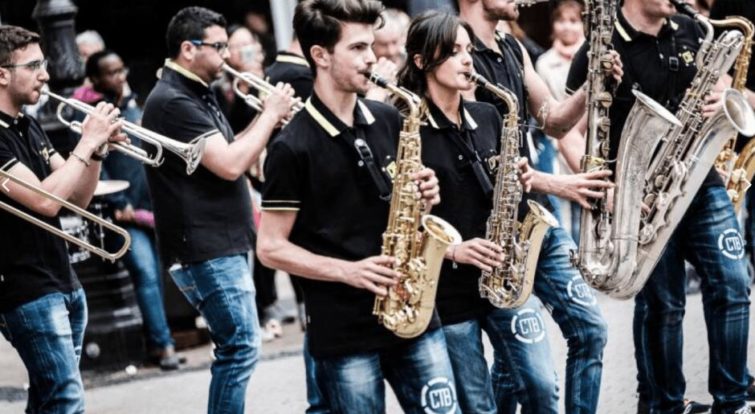 Music manuscripts testify to rich church musical activity in the Middle Ages at the Abbey in Echternach, which was established ca. 700. In the 13th century, traveling minstrels appeared at the castles, and many nobles played lute. In 1446 a pool was formed for lute players and flute players. The Jesuits conducted music education in the 17th century, or few documents on music activity from that time have been preserved.

Echternach remained a cultural center until 1794, when French revolutionary troops attacked the city, and the library of irreplaceable manuscripts was destroyed. In the same year, the first Philharmonic Company was formed in Wiltz, and the first École de Musique in 1822. By the merger of two military corps in 1867, the ground for a symphony orchestra was laid, and two years later the Luxembourg City Theater was opened. Despite the establishment of several music institutions, even after 1900, public music activity has declined in the 20th century.

Radio Luxembourg, established in 1931, has played an important role internationally as a mediator of popular music. The station has its own symphony orchestra with musicians from other countries.

Folk music has roots in medieval continental traditions, with instruments such as swivel, mouth harp, seats and bagpipes. 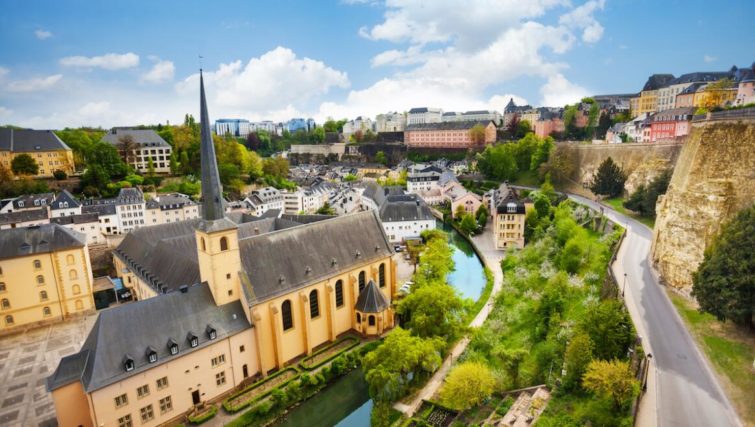 Due to its location in a border area, Luxembourg can exhibit a rich diversity of impulses in the country’s artistic development. Here, Franconian and Germanic elements have intersected Moorish and helped to give the local architecture its own character.

Monuments from the Roman Empire occur especially in Echternach and Nennig, where wealthy Romans erected elegant villas in connection with the development of the central garrison town of Trier. Remains of Roman mosaics have been found, and the cathedral of Echternach rests on Roman fortifications. Incidentally, Echternach is famous for its Benedictine monastery, founded in 698. In addition, the medieval architecture is represented by the fine Romanesque church in Remerschen, where the altar is equipped with famous frescoes. Notre Dame Cathedral in the capital, originally a Gothic building, has been expanded several times. in 1613 remodeled to Jesuit College. The church has an elegant Renaissance portal with Moorish arabesques on the pillars. Impressions from Spanish art appear, such as in the old Duke’s Palace which was erected during the Spanish occupation.

One of the main baroque monuments is the castle in Ansembourg, built in 1639, partly rebuilt under Empress Maria Teresia. Otherwise, the richest architectural monuments of the 18th and 19th centuries originate, such as the Hôtel du Gouvernement with a stylish 17th-century façade and interiors in Baroque and Rococo. Several of the ministry buildings have also been erected in the 18th century, some of which are decorated with frescoes by Jean-Henri Gilson (1741-1800). Among the Rococo churches can be mentioned the church in Medernach with its rich altar equipment, made by the Bavarian Franciscan Paulus Courtz in 1709. A number of the country’s finest artistic memorials were destroyed during the Second World War. Some have been rebuilt, but much of the lost art has been lost.