Luxembourg’s literature in our time

Two writers with an Italian background

It is characteristic of today’s literature that many of the authors were born and raised abroad, but for various reasons they have chosen to live and work in Luxembourg. Several of the best known have an Italian background. Giulio – Enrico Pisani (born 1943) was born in Rome and lived in Switzerland and Belgium before moving to Luxembourg as an adult. He writes mainly in French, but has also published books in German, and sometimes he combines both languages, as in the poetry collection Amours d’un soir de fin septembre – Späts septemberabendliebe (1996, “Love a late September evening“). Here the main themes are eroticism and death, but most books are characterized by his communist conviction. He is probably best known for the future portrayal VR 2057, Roman de politique-fiction (2007, ” Virtual reality 2057, a political-fiction novel”). This is a horror vision of a future where technocrats and profit hunters have drained society of all human values. 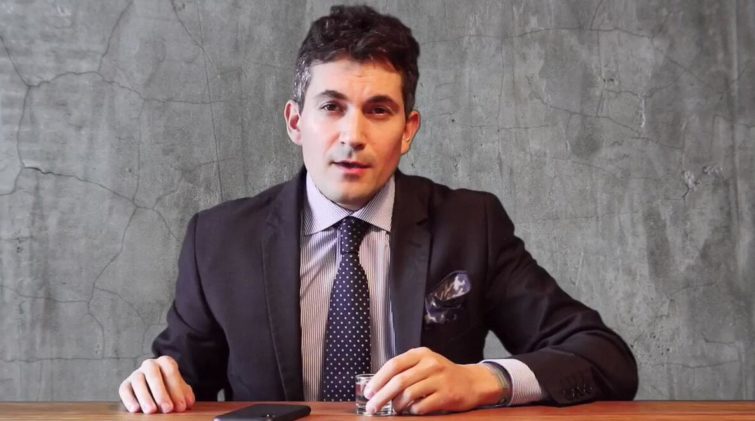 Another significant figure in Luxembourg’s literature today is Jean Portante (born 1950). Born in Luxembourg by Italian parents, he has written most of his books in French. Portante has lived in Paris in recent years. He regards French as a foreign language which means that he has to fight especially with the linguistic expression. He is also very politically radical, which is especially noticeable in his first books. A basic theme of his is the unclear language situation in Luxembourg which affects people’s experience of who they are. His books are strongly influenced by modern literary techniques, and they are filled with loans from and allusions to other writers (intertextuality).

Portante’s most well-known book is probably the novel Mrs. Haroy ou la mémoire de la baleine (1997, “Mrs. Haroy or the memory of the whale”) which, among other things, is based on memories of Portante’s childhood. He has also published a number of poetry collections such as Horizons (1988 “Horizons” and L’étrange langue (2002, “The Strange Language”). He is also known for his essays and for the book Allen Ginsberg: l’autre Amérique (1988, “Allen Ginsberg – The Other America.” This book tells a lot about his own literary assumptions, and in recent years the attention of Portante’s authorship has been very high in the countries around Luxembourg, and he is considered one of the country’s authors who has received the most literary awards.

Two key names in Luxembourg’s literary life today are the brothers Nico Helminger (born 1953) and Guy Helminger (born 1963). Nico Helminger writes mainly in German and Letzeburgesch, but he has also published texts in French and English. He has written novels, plays and short stories. He is also politically radical, and his plays are not least inspired by Bertolt Brecht’s “epic drama”. Helminger is a strong critic of his own generation, both inside and outside Luxembourg, because it was originally politically conscious, but is now characterized by passivity and sickness. This critical attitude is often expressed in a satirical form. From his large and varied production can be mentioned the plays Miss Minett (1993) and Kitsch (2002) and novels such as Luxembourgish life (2013, “Liv in Luxembourg”). Helminger has also written children’s books and librettos for several operas. He has received several prestigious literary awards. 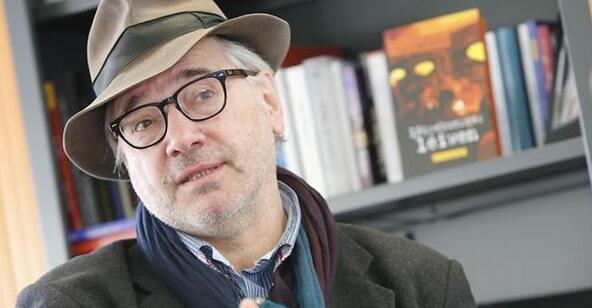 His brother Guy Helminger (born 1963) also received literary awards for his books. He writes novels, short prose and plays in German, and is probably best known for the youth novel Venezuela (2003). It is about a murder a gang of youth tries to hide by pretending the murderer has traveled to Central America. Helminger has also in several books raised questions about immigration and the situation of refugees in the world. For example, he wrote a novel about a group of people from Luxembourg who emigrated to Brazil in the early 1800s and compared their experiences with the situation of today’s refugees. He has also written books on his travels to controversial countries such as Iran and Myanmar.

Books for children and adults

A typical feature of today’s literature in Luxembourg is that many of the best-known authors have also written books for children. Josy Braun (1938–2012) is a good example. His many books for children are characterized by a basic humanist view. His books for adults tend to have a more satirical and socially critical character. Braun also wrote several crime novels. He wrote his first books in German, but eventually became an avid defender of letzeburgesch as a literary language.

The same goes for Jhemp Hoscheit (pseudonym for Jean Pierre Hoscheit), born in 1951. Hoscheit has received many impetus from the author group OULIPO and considers the French author Raymond Queneau (1903-1976) as his most important role model. He also has a radical and socially critical perspective, and he has gained special recognition for his children’s books.

Also Jean Sorrente (born 1954, pseudonym of Jean-Claude Asselborn) has been compared with the OULIPO authors. He is inspired by various authors who have in common that they represent a difficult to find expression: Rainer Maria Rilke, Stéphane Mallarmé and Claude Simon among others. But Sorrente is also heavily influenced by literature from antiquity, as well as by Dante, and he has also written essays on French literature in the 1600s. His interest in music and especially in visual arts is also expressed in his books. A major theme in Sorrente’s books is the relationship between the author himself and the fiction he creates. But he is also very concerned about what drove young people during World War II to become traitors, a question that is still relevant in Luxembourg. Sorrente writes almost exclusively in French. His books have been translated into a variety of languages; He is one of the few writers in the country to have made an international career.

Another writer characterized by older poetry is Félix Molitor (born 1958). He has studied Arabic lyric from the time before the Qur’an. He is also keen on Nordic medieval literature and has translated hymns from the Old Testament to letzeburgesch with lyricist Raymond Schaak (born 1936). But like other writers of our time, Molitor is also inspired by literary techniques of the 20th century, not least by intertextuality. Most of his books are written in French, but he has also published texts in German and in Letzeburgesch.

The latest literature from Luxembourg often combines social criticism with an interest in the fantastic. Typical of it is that it derives elements from various art and literary genres. This applies not least to the works of Anne Schmitt (born 1953). She has worked as a choreographer and collaborated with visual artists. In several of her texts, she allows animals, and especially cats, to be narrators who observe and comment on the human world: This includes Le chant du chat (2000, “The Cat’s Song”). Schmitt writes in French and Letzeburgesch.

One of the writers who writes in German is Mario Fioretti (born 1962). He too is an ironic social critic with a sense of the wonderful. But he goes further than Schmitt, because he especially cultivates the grotesque and macabre. His best-known book to date is the novel Der Vortrag (2004, “The Lecture”).

Among the youngest representatives of Luxembourg’s literature is a figure that has stood out in particular: Claudine Muno (born 1979). She is a philologist with exams in classical and modern literature, including from the University of Strasbourg. Furthermore, she has made herself known as a front figure and vocalist in a band that has released a number of albums. The title of one of them probably indicates which basic positions she would like to convey: Petites chansons méchante s (2003, “Small Bad Songs”).

Muno made her debut as a writer when she was sixteen years of writing a novel in English. After a new novel in this language came a novel in French and then a novel in German. More recently, she has written extensively on letzeburgesch, which she has used in several novels and also in a few plays. Her books often revolve around family relationships and conflicts that she portrays with cynicism and a great sense of uncanny details. It is said that she portrays a world in which human beings appear as if they were dead things, while things have in a curious way gained more life than humans. Therefore, a pessimistic message of the future can be read into Muno’s books. They are also filled with black, absurd humor which has made them very popular both inside and outside Luxembourg.

The latest literature in Luxembourg seems to be particularly concerned with questioning the myth of the country as a place where different linguistic and cultural traditions can live side by side in a harmonious way. The self-righteousness and pleasure of the Luxembourg people is a topic in much of this literature. Many of the authors are politically radical; they express themselves through satire and irony and their books often have features from the fantastic literature. To a lesser extent, they address a theme that has become important in much of Europe’s latest literature: the threat to nature and the fight to avoid an environmental disaster.

Nevertheless, it seems that Luxembourg’s own language letzeburgesch has gained an increasing place in the country’s literature, for displacement for French and especially for German. Although the young writers from Luxembourg often want to break with their predecessors in terms of theme and life, it seems that they want to preserve the peculiar language that is an important part of the country’s uniqueness and traditions.