According to businesscarriers, Russia is a presidential democracy with a federal state structure. The President has extensive executive powers. The main goals of the modernization of the country are the fight against corruption and the improvement of the innovation and competitiveness of Russia beyond the raw materials sector.

Early history to the Middle Ages

Semi-nomads lived in the regions of western Russia as early as 5000 years ago, but it was not until the 9th century that Slavic tribes and Swedish Varangians formed the first East Slavic state of Kievan Rus. “Rus” was originally the name for the Varangian upper class of the emerging empire and was transferred to the East Slavic population over time. The Kievan Rus developed into the largest country in Europe over the next two centuries. Intensive contacts with the Byzantine Empire finally led to the Orthodox Christianization of the country in 988.

Due to the unfavorable regulation of the succession, the Kievan Rus began to disintegrate in the 12th century, which made it easier for the Mongols, who invaded from 1223, to subdue the divided Russian principalities. The Golden Horde ruled a large part of the Rus for two centuries, another part was incorporated into the Grand Duchy of Lithuania. In 1380 the Principality of Moscow succeeded in defeating the Tatars of the Golden Horde and unifying the Russian heartland by the middle of the 16th century.

Grand Duke Ivan IV the Terrible was crowned the first “Tsar of all Rus” in 1547. Under his rule, the conquest of Siberia began, which first brought the Russian Cossacks to the Pacific in the 17th century. Ivan the Terrible also conquered the entire Volga region up to the Caspian Sea, but his expansionist movements to the west were repulsed by Sweden, Denmark, Poland and Lithuania. Even his successors pursued an intensive expansion policy, which extended the power base of the country well into the Ukraine. In the 17th century, the rule of the Romanov dynasty began and lasted until 1917.

After several trips to the West, Tsar Peter the Great began to reform the Russian administration and thus also initiated a fundamental modernization of the Russian social structure. After the Northern War against Sweden, the tsarist empire gained access to the Baltic Sea and had become a major European power. In 1703 Peter the Great founded the city of Saint Petersburg, which – as the new capital from 1710 – was to become the symbol of Russian progress.

The policy of expansion was consistently pursued by Tsarina Catherine the Great, during which she conquered the Black Sea coast from the Ottoman Empire and participated in the partitions of Poland. Numerous Germans immigrated to the lower Volga region in the second half of the 18th century at the behest of the Tsarina.

Georgia was conquered at the beginning of the 19th century. Under Tsar Alexander I, Napoleon’s grand army, which invaded Russia in 1812, managed to repel. Against this background, the country was able to play an important role in the reorganization of Europe at the Congress of Vienna in 1815. Despite the military defeat in the Crimean War in the middle of the 19th century, Central Asia was successfully conquered.

From 1825 there were repeated uprisings and unrest among the discontented people and in the annexed areas (Poland, Lithuania, etc.). Serfdom was not abolished until 1861, but this did not bring any fundamental changes. While an industrial proletariat emerged in the big cities due to the rural exodus, the rest of the country persisted in poverty and the legal and social order of feudal society. Industrialization did not penetrate the rural provinces. However, Tsar Nicholas II was not ready to introduce fundamental reforms. At the end of the century, a working class living in extremely poor conditions founded the first political representations, including the Social Democratic Workers’ Party, which in 1903 became that of Leninled radical Bolsheviks and the moderate Mensheviks split. 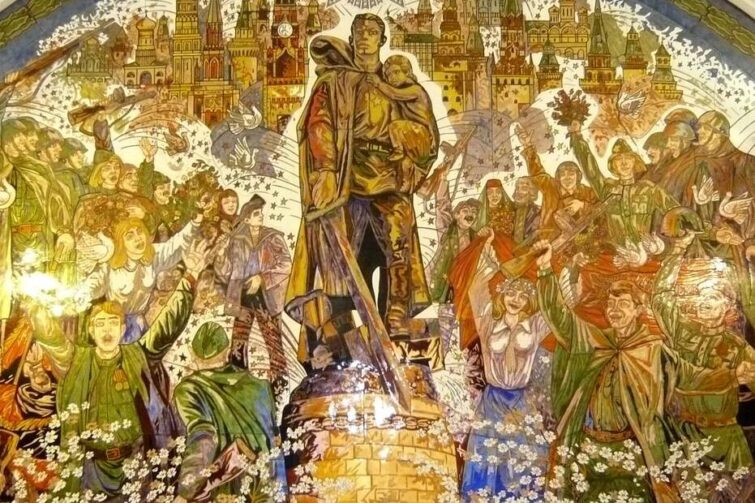