The origin of most of the EU institutions was the 1952 Coal and Steel Union Treaty. The more famous Rome Treaty, which came into force six years later, extended the areas of cooperation to the economy and nuclear power and launched the idea of ​​a union.

The European Council, also called the EU Summit, is held at least twice in the six months. This is where the most far-reaching questions about EU development are addressed. Originally, these meetings did not have the status of a permanent institution, but were gradually more formalized with the Unity Act and the Maastricht Treaty. With the Lisbon Treaty, the European Council was established as the body that defines the EU’s general policy guidelines and priorities.

The designation The European Council came into operation from 1974. Participants are the heads of state or government of the member states, as well as the presidents of the European Commission and the European Parliament. The Lisbon Treaty of 2009 introduced the Council to be chaired by a president who is elected for two and a half years with the possibility of re-election once. The first EU Council President from 2009 to 2014 was Herman Van Rompuy, followed by Donald Tusk (2014 to 2019) and Charles Michel (2019 to the present). Until 2003, the summits were held in the country of the presidency, but have since been mostly held in Brussels.

The Council of Ministers consists of one government member from each member state, either the Foreign Minister or a trade union council. The members represent their home country and not the union. Together with Parliament, the Council is the EU’s legislative body. In its various constellations, it meets several times a week. Consensus is the most widely used method for making decisions. When voting takes place, it is by a qualified majority in a combination of council votes and consent from countries with a small proportion of the EU’s population. Legislation must be taken in cooperation with the European Parliament. The Council of Ministers holds its meetings in Brussels and in Luxembourg. The Presidency shifts between Member States every six months. This function is also called the presidency and must not be confused with the President of the European Council or the President of the European Parliament.

According to Abbreviationfinder, the European Council is organized into three levels:

The Commission is the EU’s case preparation and executive body. The Commission has a central role in the legislative process, as it has the exclusive right to present legislative proposals, which are presented simultaneously to Parliament and the Council. (The Lisbon Treaty has a certain right of initiative in specific areas in the Lisbon Treaty.) The Commission is also responsible for monitoring the Member States’ compliance with the decisions taken. It shall have the interests of the European Union as its objectives and work independently of the interests of each Member State. 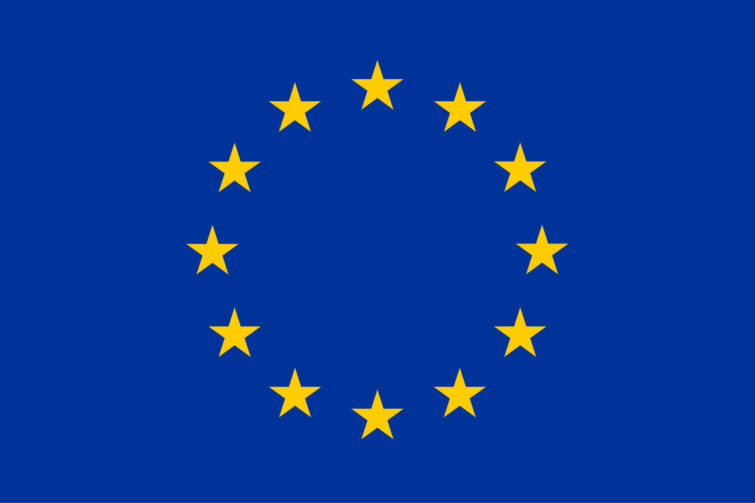 The flag of the European Union consists of twelve golden stars in a circle on a blue background. The flag was used by the Council of  Europe  in 1955 and by the EU in 1986. The flag is currently used by both organizations.

The European Parliament is the EU’s only elected body and, in connection with the integration process and treaty amendments, has gained ever more real power. Initially Parliament had only advisory authority. Today Parliament, together with the Council, is the EU’s legislative body and consists of representatives directly elected from each Member State. The President of Parliament has an important role to play. Parliament members elect their president for two and a half years. From January 2017 Antonio Tajani is the President of the European Parliament.

Parliament has increased its mandate in line with the number of member states. The only time the mandate has gone down is in 2020 after Brexit (see below). From the 2014 election, a reduction in the mandates was introduced as part of a savings plan, and the number was 751 mandates until Brexit. Following Brexit and the UK’s EU declaration in 2020, the number of seats in Parliament is 705. Of the UK’s 72 seats, 27 are distributed to 14 Member States, while the remaining 46 seats are held for new Member States or a transnational constituency.

Parliament has the decision-making authority in legislative matters (together with the Council), approves the EU’s budgets and is the Commission’s control body. The last function has become more important over the years, leading to a gradual parliamentarization of the EU system. It is also the task of approving new member states and treaties with third countries. The cases are prepared in professional committees, and all types of plenary decisions are taken by a simple majority. The MPs are grouped by party affiliation, not by country of origin. The meetings are held in Strasbourg and Brussels. Parliament also has a permanent secretariat.

The European Court of Justice (formerly the European Court of Justice) has its seat in Luxembourg and has one judge from each Member State, appointed by the governments jointly for six years at a time. The judges elect a president from their own ranks and are assisted by a staff of nine attorneys general. As the EU’s highest legal body, the Court can settle all types of disputes concerning EU treaties and regulations, but is not a criminal court. Its area of ​​authority includes countries, companies, organizations and individuals. Decisions are taken by majority vote and are immediately binding on the member states. The Court is not neutral, but is considered to actively promote integration.

Countries’ votes in the Council and mandates in the European Parliament

Number of seats from the 2019 elections. Countries are ranked by declining population.

The table has been updated after Brexit.