If you are going on a city break in March, you should therefore be aware that you are not guaranteed warm spring weather at all. Some cities, on the other hand, have a milder climate than others, and some cities are nice to visit even if you can not walk around in a t-shirt. Barcelona is one of our selected cities that can offer the mildest climate in March, but you can get a nice city trip to other places as well. 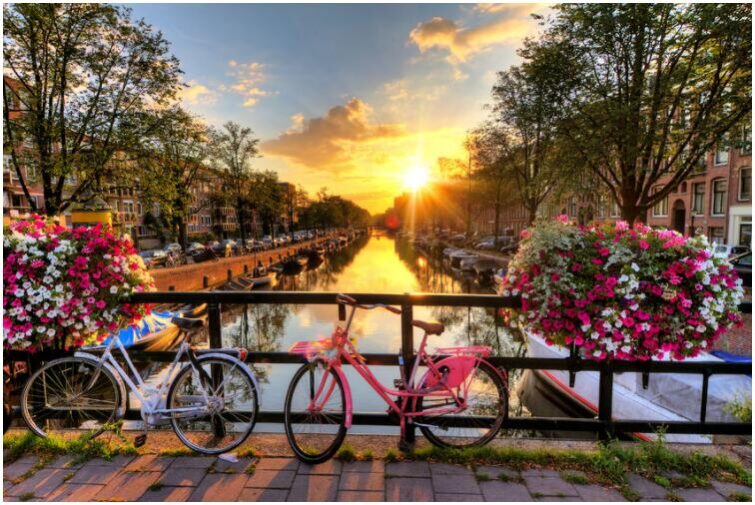 City break to Barcelona in the spring 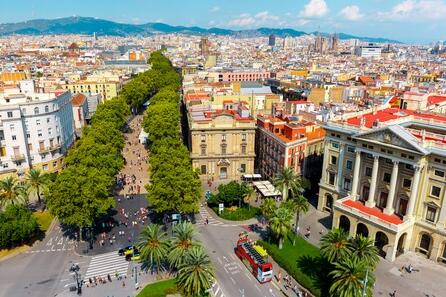 Barcelona is a fantastic city to visit and more and more Norwegians are opening their eyes to this Spanish gem. Barcelona has a lot to offer with fantastic food, great architecture, great shopping and not least the beach for those who want it. Once you are in Barcelona, ​​you should also try the real Spanish tapas with a good Spanish red wine. Other sights to see in Barcelona are the Sagrada Familia, the magical fountain show on the Font Magica and perhaps a visit to Barcelona’s famous football stadium Camp Nou. The daytime temperature in Barcelona is around 15 degrees in March, considerably warmer than most places here at home at this time. If you are looking for the heat in March, Barcelona is one of the better choices in that respect.

The flight offer from Norway to Barcelona is good, with direct flights from several Norwegian airports. The flight time from Oslo to Barcelona is around three and a half hours. Ticket prices range from NOK 1,500 and up to around NOK 2,000, depending on when you want to travel.

New York in the spring 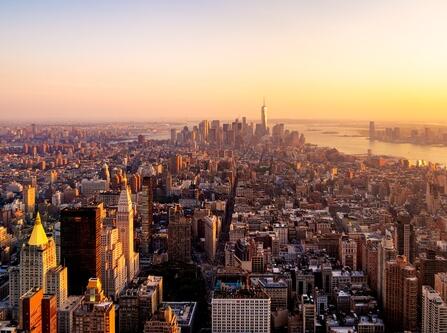 New York is without a doubt one of the most iconic cities in the world and a city you should definitely visit in your lifetime. New York is in many ways something completely its own and it should be well done and not be fascinated by this world metropolis. With over 8.5 million inhabitants, New York is the largest city in the United States and it is estimated that the suburbs will also have a population of over 20 million. In other words, New York is one of the world’s largest cities and it is an experience in itself to walk around this huge city with skyscrapers on all sides.

If you travel to New York in March, you must expect that the climate may be unstable and somewhat cold. The average daytime temperature in March is 9 degrees, but you can be unlucky to meet the remnants of winter, or be lucky to have nice spring days. The advantage of visiting New York in March is that there are considerably fewer tourists here at this time of year. April and May are perhaps the best months to visit New York with temperatures between 15 and 20 degrees. In the middle of summer, it can be deadly hot and humid in New York, which can make the visit a chore. Spring or fall is therefore the recommended time to visit New York.

New York is 8 hours away from Oslo by plane, and there are several airlines that fly you directly from Gardermoen to New York. Alternatively, you can fly with a stopover, but then the travel time is quickly 15-20 hours. The low-cost airline Norwegian also flies from Oslo and you can get relatively cheap tickets with them, so the trip does not have to cost the shirt. Remember that all Norwegians who visit the USA must have a tourist visa, if you have not arranged this visa in advance, you will simply not be allowed into the USA. 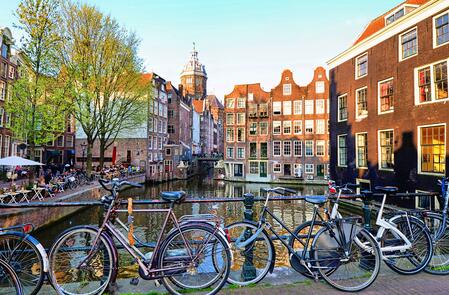 The canal city of Amsterdam is a wonderful city to meet in the spring. In the month of March you can not expect to meet the warmest weather (the daytime temperature averages 9 degrees in March), but it is still a wonderful city to visit. The flowering has gradually begun and if you are lucky you can have some really nice spring days here. What could be nicer than walking along the many canals or enjoying something good at one of the many outdoor cafes. Amsterdam also has many great sights to offer and a visit to the world-famous Heineken Brewery is also popular with many.

Amsterdam is just under 2 hours by plane away from Gardermoen and the short travel time and the relatively affordable flight tickets here make Amsterdam a sure winner for a city weekend in the spring.

London holiday in the spring 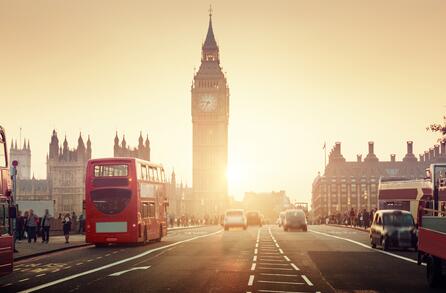 London probably does not need any further introduction for the vast majority. The British capital is one of the most popular cities for Norwegians to visit and it has a reputation for being a sure winner when it comes to city breaks. If you visit London in March, you can expect a daytime temperature of around 10 degrees, not the great heat in other words. The advantage of visiting London so early in the year is that the number of tourists is considerably lower than in the middle of summer. It is also entirely possible to have some nice spring days in March.

London has a lot to offer when it comes to cultural life, shopping and sights. In the spring, a walk in Hyde Park or St. James’s Park is self-explanatory. Famous sights such as the Tower of London, Big Ben and Buckingham Palace should also be included. If you love heights, you get an unbeatable view of London from the Ferris wheel “London Eye”. If you visit London in March, there are also good opportunities to catch a football match. A number of Premier League teams are based in London, so here you can see famous teams such as Arsenal, Tottenham and Chelsea in action.

The flight time from Oslo to London is estimated to be around 2 hours 10 minutes and several companies have direct routes here from Gardermoen. If you travel in March, the flight tickets are very reasonable and you can get tickets for around DKK 1,000. If you choose to fly with low cost airlines then you may be lucky to get even cheaper tickets than this. 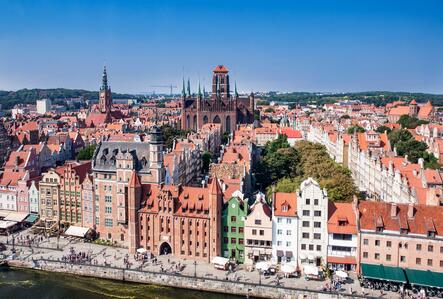 The Polish city of Gdansk has become an increasingly popular holiday destination for Norwegian tourists in recent years. Much of the popularity is probably due to the fact that the airline Wizzair has direct flights here from several Norwegian airports with extremely cheap ticket prices. However, it is not just low ticket prices that make Norwegians travel to Gdansk. The city has a lot to offer, both when it comes to great architecture and sights, it also has good hotel standards and good food at reasonable prices.

If you travel to Gdansk in March then you have to expect relatively low temperatures, but it can certainly be a nice trip because if. The high season is considered to be from July to September, but it is possible to go to Gdansk all year round. Despite the fact that Gdansk was completely destroyed during World War II, the city is full of fine architecture and beautiful buildings due to extensive restoration work after the war. In Gdansk you can do everything from going to museums over World War II, to trying out Escape Rooms or jumping on the bandwagon. The outdoor restaurants along the Motlawa River are also recommended. The seaside resort of Sopot is a short taxi ride away, so many who visit Gdansk also tend to stop by Sopot.

As mentioned, it is possible to get very cheap tickets to Gdansk. The flight time is around 1 hour and 30 minutes by direct flight from Oslo. There are also direct flights from several other Norwegian airports.