Bosnia-Herzegovina, often referred to simply as Bosnia, is located on the Balkan Peninsula, bordering Croatia, Serbia and Montenegro. The country consists of the regions of Bosnia and Herzegovina and is populated by three constitutional ethnic groups; Bosniaks, Serbs and Croats. You have a coast almost 20 km long along the Adriatic Sea. 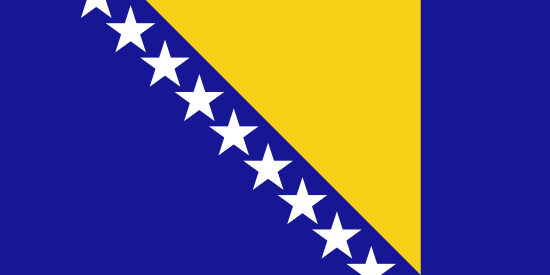 After Tito’s partisans liberated the country from Nazi Germany in 1945, Bosnia became a republic of the new socialist federation of Yugoslavia. Socialism in Yugoslavia became peculiar because it was independent of the Soviet Union. Tito ruled the country until his death in 1980.

Bosnia and Herzegovina became an independent state on April 5, 1992 and was recognized as such by the UN, the EU, the United States, Russia and China. On the same day, war broke out in the country between Serbs and non-Serbs. Internationally, the war was often called “The Dirty War” because of its unusually cruel nature. The war ended in 1995.

In total, it is estimated that about 100,000 people were killed during the war. An estimated 1.5 million people fled the country, while 1.3 million were forced to flee within the country. The famous Stari Most bridge in Mostar from the 16th century was destroyed during the war. After the war, it was reconstructed after donations from the United States, Croatia, the Netherlands, Italy and Turkey. The bridge was reopened on July 23, 2004.

In 2006, the travel guide Lonely Planet ranked Sarajevo 43rd among the world’s best cities to visit, number 2 on the Balkans after Athens.

The following objects in Bosnia and Herzegovina are listed as a UNESCO World Heritage Site.
The year in which the item was added to the list is indicated in parentheses.

Electricity and electrical outlets in Bosnia and Herzegovina 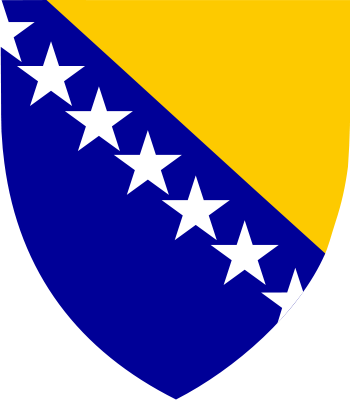 Banja Luka is the second largest city in Bosnia and Herzegovina. The city has about 180,000 residents while the municipality has 230,000 according to the statistical office. The river Vrbas flows through Banja Luka. The city was founded by the Ottoman provincial governor Ferhat-pa ?? a Sokolovic during his reign in Bosnia (1584-1587). Banja Luka was not destroyed during the fighting in the Bosnian war in the 1990s, however, the city’s mosques and Catholic churches were destroyed in connection with the majority of the city’s Bosnian and Croatian population being expelled or murdered by Bosnian Serbs. Banja Luka was considered one of Bosnia’s most beautiful cities, but after an earthquake and war, many former sights are now missing.

Mostar is a city in the region of Herzegovina in Bosnia and Herzegovina. Mostar is best known for being one of Herzegovina’s most attractive tourist destinations and for the fierce battles between Croats and Bosniaks during the Bosnian war, in what came to be known as the Battle of Mostar. Before the war that broke out in 1992, Mostar and its environs had about 126,000 residents and at the 2005 census, the city had 127,066 residents. The city is today divided between Croats and Bosniaks who both populate each side of the river Neretva.

Mostar is considered by many to be one of the most beautiful cities in Bosnia and Herzegovina with an ancient Ottoman architecture combined with Austrian style. The famous 16th-century Stari Most Bridge was destroyed on November 9, 1993 by Bosnian Croat artillery. After the war, it was reconstructed after donations from the United States, Croatia, the Netherlands, Italy and Turkey. The bridge could be reopened July 23, 2004.

According to Countryaah, Sarajevo is the capital of Bosnia and Herzegovina and has 304,136 residents (2006). It is located on the Sarajevo field (500 meters above sea level), surrounded by the mountain ranges of Bjelasnica, Igman, Jahorina and Trebevic. Of the city’s population, about 80 percent are Bosniaks (Muslims), 10 percent Orthodox Serbs, 8 percent Catholics (Croats) and 2 percent others.

The city soon became known as multicultural as it was considered to unite east and west. It was founded in 1461 by the Ottomans. In 1914, the Austrian Archduke Franz Ferdinand and his wife were murdered in the city, an event known as the shootings in Sarajevo and which became the starting point for the First World War.

In 1984, the Winter Olympics were held in Sarajevo. The city is now a UNESCO World Heritage Site, on the grounds that the city is “a specific symbol of universal multiculturalism”. Sarajevo has a sharp increase in tourism. In 2006, the travel guide Lonely Planet ranked Sarajevo 43rd among the world’s best cities to visit.