The country’s central location in Eastern Europe means that the history of Belarus is characterized by changing political alliances. In the Middle Ages river transport played a major role and made the north-south axis important, from the fifteenth century the areas have been influenced by changing political centers of gravity in the west and east.

In 1385, Lithuania entered into a staff union with Poland. In 1569 it was expanded into a real union, the Polish-Lithuanian Commonwealth. In the double kingdom, Polish culture and language became increasingly dominant. Most landlords in Belarus were Poles, and Jews dominated in the cities. At the same time, there was still an East Slavic Orthodox culture in the southeast. In 1517, the Bible was translated into Old Belarusian.

By the three divisions of Poland (1772-1795) the Belarusian territories fell to Russia. Following the Polish uprising in 1830–1831, the eastern parts of Belarus around the cities of Vitsebsk and Mahiljow were converted into regular Russian governments.

Since the Middle Ages, the Belarussian region had had a significant influx of Jewish population. Around 1900, Jews made up almost 15 percent of the population. In the next few years, however, several serious cases of Jewish persecution ( pogroms ) occurred, and many Jews therefore chose to emigrate.

After the Russian revolution and the fall of the tsar power in 1917 and the Brest-Litovsk agreement in 1918, Belarus was occupied by German forces. In parallel, in March 1918, an all-Belarusian congress proclaimed a very short-lived Belarusian people ‘s republic. Already in the fall of 1918, Moscow prisoners took over Bolsheviks. These were created in 1919 the Belarusian Soviet Republic (BSSR). During the Polish-Soviet war in 1920–1921, Belarus was again a scene of war. At the Riga peace (March 1921), the Belarusian territories were divided between Poland and the Soviet Union. For a few hectic months, the Belarusian territories became part of various state formation. The eastern part became associated with Socialist Russia and, when the Soviet Union was established in 1922, proclaimed the Union Republic with Minsk as its capital.

Following the signing of the Molotov – Ribbentrop Pact in August 1939, the Soviet Union occupied eastern Poland. Following the German attack on the Soviet Union, the Belarusian area was again occupied by German forces. However, Soviet partisan divisions continued to be very active throughout the occupation. As a result of the front passing back and forth through Belarus, one of the areas in the Soviet Union was most devastated: about a third of the population killed.

During the perestroika, the democracy movement in Belarus started later than in neighboring republics. The popular resistance to the Soviet power in Belarus was essentially based on three pillars: resistance to linguistic Russification, the discovery of mass graves in Kuropaty outside Minsk with victims of the Stalin era’s extermination and the consequences of the April 1986 Chernobyl accident.

Following the unsuccessful coup in Moscow 19-21. In August 1991, Belarus declared itself independent. Stanislaw Shushchevich was elected new President of Parliament and thus also head of state. In December, together with Boris Yeltsin and Leonid Kravchuk, he signed an agreement on the establishment of the Commonwealth of Independent States (SUS). This meant the formal death knell for the Soviet Union. In January 1994, Shushchevich was deposed following a motion of no confidence. That summer, elections were held for the newly created presidential office, which was surprisingly won by populist former kolkos director and corruption hunter Aljaksandr Lukashenka.

By means of a series of referendums, Lukashenka has strengthened the presidency in a way that has received strong criticism from western neighboring countries and institutions such as the EU, OSCE and the Council of Europe. Lukashenka has given priority to strengthening political and economic ties with Russia. 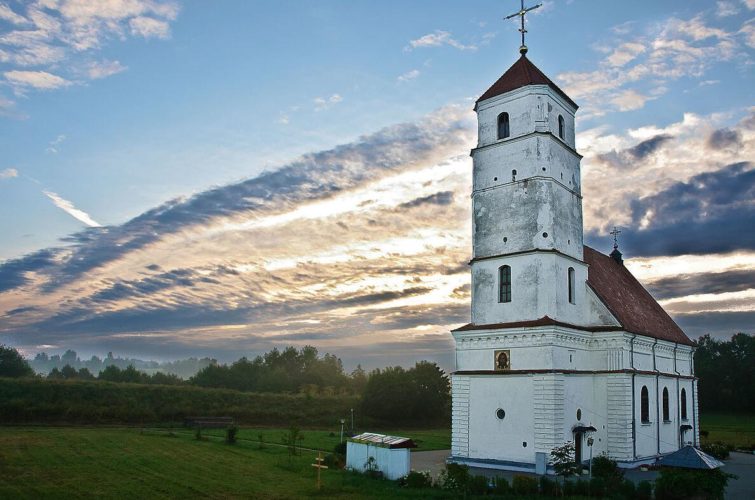