It should be well done to get bored in Zurich. Wealth and Swiss efficiency that spans several hundred years, has contributed to the city containing a huge variety of sights and experiences. Here’s a selection to consider when visiting the world metropolis. 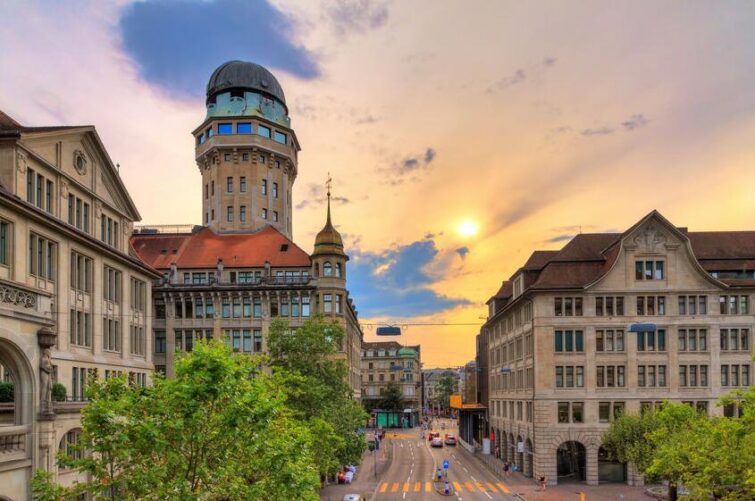 The observatory in Zurich dates to 1759, making it one of the oldest in the world. There you can look at the stars in the newly renovated telescope that weighs as much as 20 tons. As long as it is dark outside and the weather conditions allow it, you can spot several of the planets in our solar system, as well as billions of stars in the Milky Way. The observatory also offers nice views of the center of Zurich, Lake Zurich and the surrounding Alps. You also get that view on the floor below the observatory, where the bar Jules Verne and the brasserie Lipp are located. You will find the Urania-Sternwarte between the Limmat River and Uraniastrasse in the Old Town.

This beautiful church dates back to the year 853, and was originally a nunnery. Today, the church is considered one of the four most important in Zurich. The church building provides a good insight into the view of women in earlier times, including one of the passages you have to go through to get inside. It was made extra cramped to make it difficult for ladies with fancy costumes to get through. However, it is the leaded glass windows on Fraumünster that are the biggest attraction. Five of these were created by Marc Chagall, each of whom tells one of the Bible stories. The same Chagall also made the church rose window. Fraumünster is located right in the center and right on the river Limmat.

Go to the opera 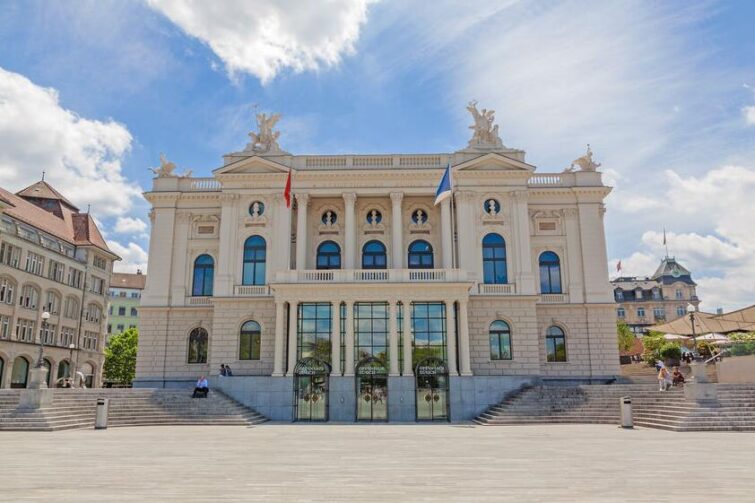 Opernhaus Zürich is beautifully located on Lake Zurich, right at the mouth of the Limmat. This is considered one of the best and most famous operas in the world. The current building dates from 1891, built on the same grounds as a former theater that burned down the year before. The style is neoclassical, with embellishments that include busts by Mozart, Wagner, Goethe and Shakespeare. Even if you are not interested in seeing a performance, you should consider a trip to the opera to see it from the outside. The concert hall itself has a capacity of only 1,200 spectators, making it one of the smallest and most intimate of its kind in Europe. The quality of the performances, whether it is operas, classical concerts or ballet, is world class.

See the old town from the river 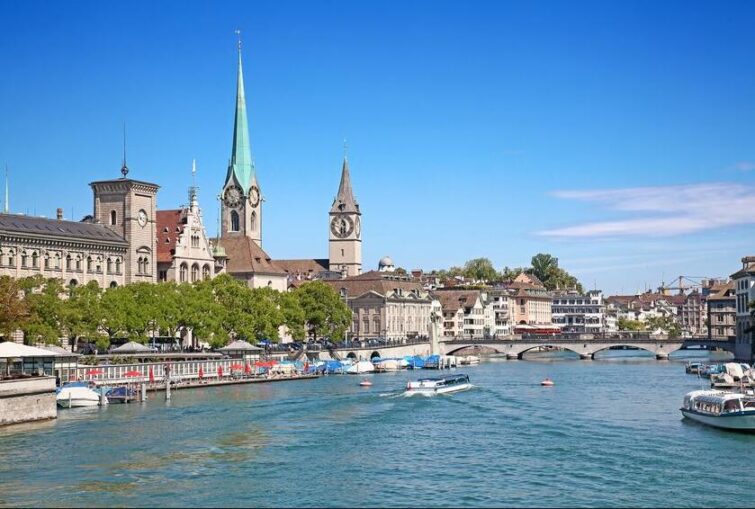 One of the best ways to see Zurich is to take a cruise on the river Limmat and Lake Zurich. Then you will see all the most important monuments, churches and historic buildings in Altstad . The boats are in operation from the end of March to the end of October, departing from the Landesmuseum in the old town every 30 minutes. Along the route there are a total of 6 stops, and you choose how long you want to be on the trip. The shortest variant lasts for 25 minutes, while a full round trip takes about 50 minutes. Please note that the boats carry only 51 passengers, and it is not possible to book in advance. There are also no dining or toilets on board.

Take the gondola up to Felsenegg 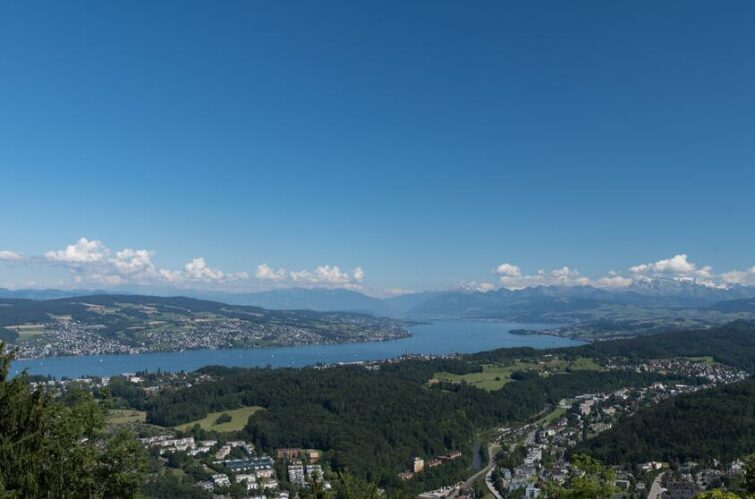 If you take the gondola from Adliswil up to Felsenegg, you may get the best overview of Zurich and the Alps. Adliswil is located on the west side of Lake Zurich, about 8 kilometers from the city center. You can get there easily from the city center by either local train, direct bus, tram or taxi. At Felsenegg there is a good restaurant with a terrace that offers the best view. If you do not get enough of the fresh air, it is recommended to combine Felsenegg with a hike to Üetliberg. This is also a great vantage point that you reach via a beautiful path that shows our own solar system along the route. You pass models of all the planets, with a scaled distance between each planet, to the sun that lies on top of Üetliberg .Each meter you trample then corresponds to about 1 million kilometers out in space. You cover the entire distance in between 1 and 2 hours, depending on how fit you are. 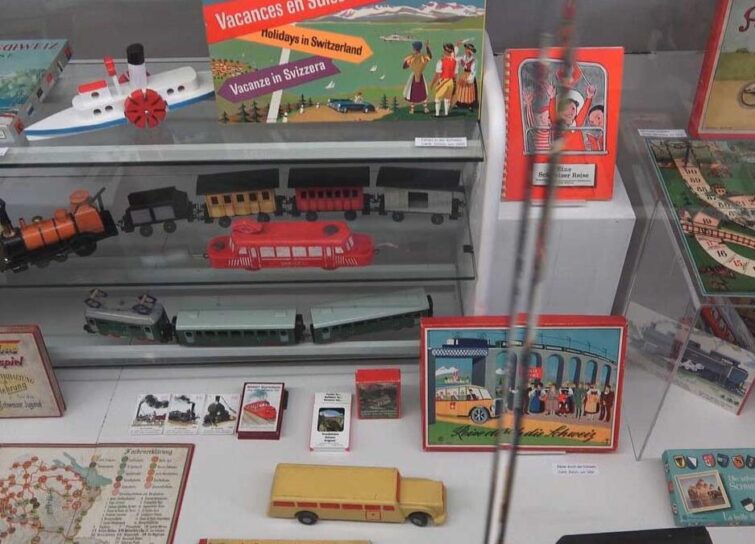 This charming museum has a collection of more than 1,200 toys from the 18th to the 20th century. The collection is taken from all corners of the world, but the main emphasis is on European countries. Here you get a fun insight into how both technology and children’s interest have developed over the years. For example, you can recognize the fashion from each era in how the many dolls are dressed up. You also see the development in means of transport in the toy cars, steam locomotives, train sets and boats. The Toy Museum is open every day except Sunday, but only for a few hours every day. It is located a little secluded on the sixth floor of a nice little house in Fortunagasse 15, close to the observatory in the old town. 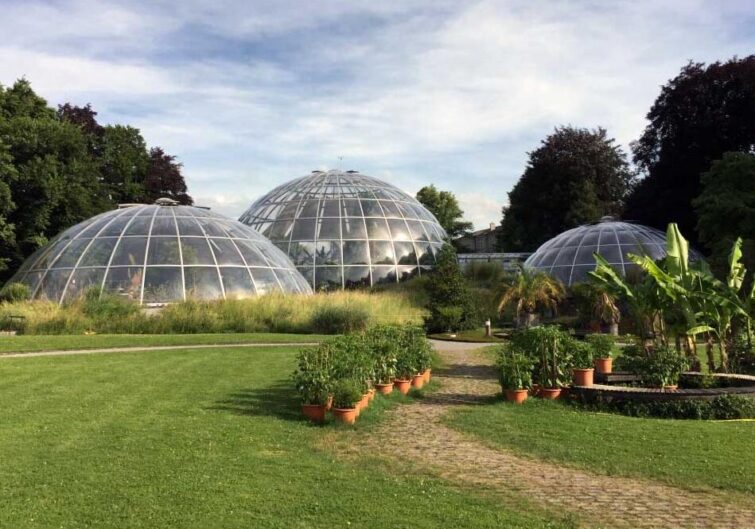 This botanical garden is owned and managed by the University of Zurich and is located in a pretty park in the Weinegg district. Over 9,000 different species have been planted there on an area that extends over approximately 53,000 square meters. The division in the garden is well thought out. You will always be able to see flowering, no matter what season you visit the park. The park itself is a nice place to take a walk. There is a small pond there, full of frogs that croak and sing lively, especially in the spring. If botany and beautiful flowers are something you appreciate, also consider visiting the other and older botanical garden that the university runs. It can be found in part of Zurich’s former fortress, zur Katz Bastion.

Go to the spa 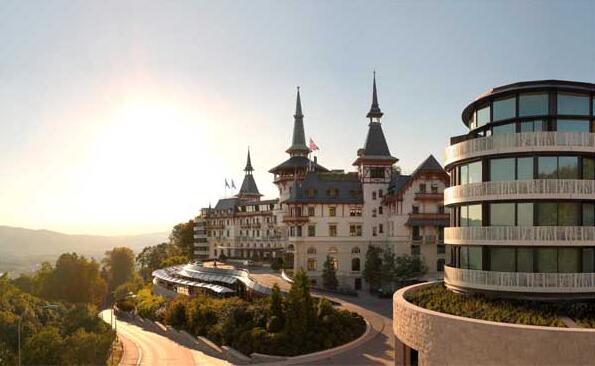 Deep beneath the streets of Zurich flows a natural spring called Aqui. It feeds the city’s many spas with mineral-rich water from the Alps. Treating yourself to a spa trip while on a city break is not a stupid idea. After exploring the city, it is nice to give the body a little care, before the restaurant and nightlife begins in the evening. Many of the city’s hotels have their own wellness centers with water from Aqui. The most famous is The Dolder Grand, the luxury hotel that offers you panoramic views of Lake Zurich. Another must for both the spa-hungry and architecture enthusiasts is Thermalbad & Spa Zürich. There you can cool off in the outdoor pool on the roof terrace while enjoying the view of the beautiful city. 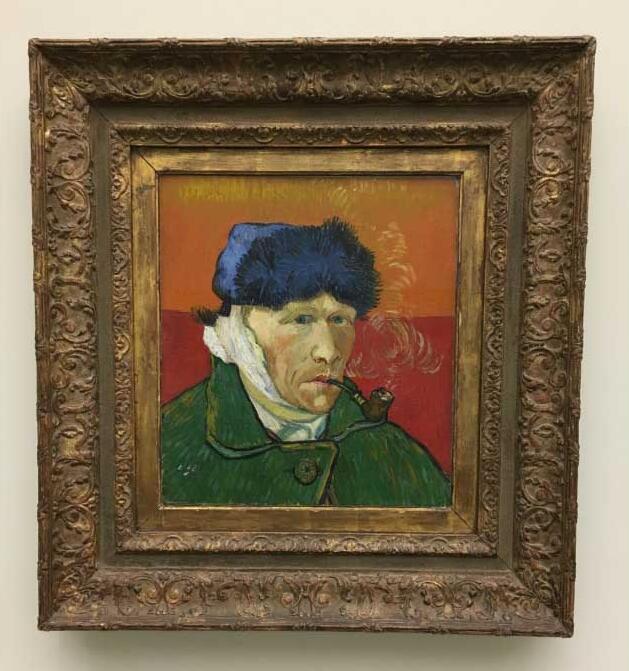 Kunsthaus Zürich is a modern museum with collections from the Middle Ages to the present day. The exhibitions are mainly paintings, but also sculptures, drawings, prints, video and photographs. A good deal of the focus is on the greatest Swiss artists. Kunsthaus also has the largest collection you will find abroad of works of art from our own Edvard Munch. This in addition to masterpieces by world-famous artists such as Picasso, Chagall, van Gogh, Bacon, Matisse, Manet, Merz, Giacometti and many others. The museum also contains an impressive library, with almost 250,000 books, magazines and videos. 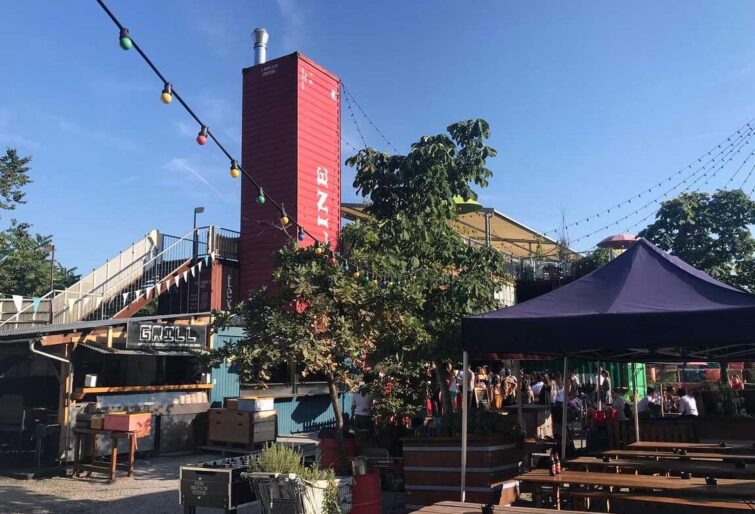 Frau Gerolds Garten is located in a former industrial area in the northern part of the center of Zurich. There are stacks of containers turned into an urban, lively and green oasis. At first glance, it all looks a bit shabby, but do not be fooled by the first impression. Frau Gerold offers, among other things, a cool café and a very good restaurant, art exhibitions, a shopping center for local design, a Saturday market, concerts and much more, weather permitting. Most of it takes place on the outside or on top of the many containers. When the weather is cold, visitors gather in Frau Gerold’s Winterstube. In this wooden hut there is a fire in the fireplace and cozy, and you can enjoy delicious cheese fondue or other Swiss specialties.