Here are some of the great things you can do in Monaco. 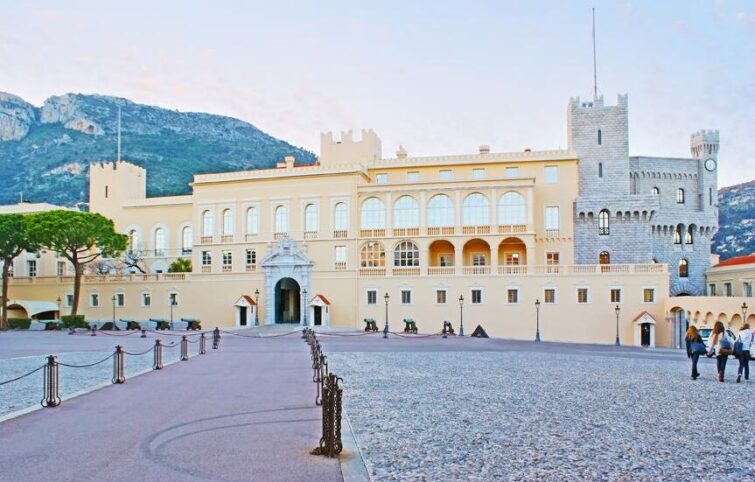 The right time to visit the palace in Monaco is at 11.55, no matter which day you choose. Then there is a change of guard in the square in front of the main entrance. Originally, the palace was a fortress, dating back to the year 1191. Since then, the palace has undergone many renovations. Today’s version is virtually unchanged since Prince Rainer III restored the royal residence in 1949. You can see the palace inside if you visit Monaco during the summer, as long as there are no special events there. In summer, you can also enjoy classical concerts with Monaco’s own Philharmonic Orchestra. The concerts are played in the courtyard once or twice a week in July and August. 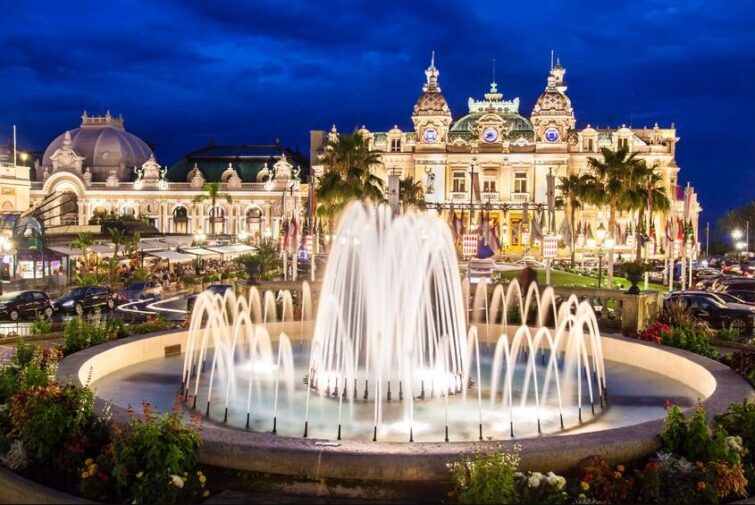 This is the casino above all casinos. Just walking up to the main entrance can make you feel poor, as long as you also take a look at the cars parked outside. The building that houses Monaco’s most famous casino is palace-like. It was built in 1893, and in addition to all the games rooms, there is also a separate opera hall here which is used for concerts and ballets for the finest of Monaco. The casino is open to visitors every day, but it costs a few kroner to enter, and you have to dress nicely to get past the guards at the door. It is worth the effort if you want to experience a rather outrageous and different sight. Along the roulette tables with the highest minimum bet, there may be billionaires you have read about, and who spend only a few seconds wasting what corresponds to your annual salary. A visit to Monte Carlo Casino is highly recommended, 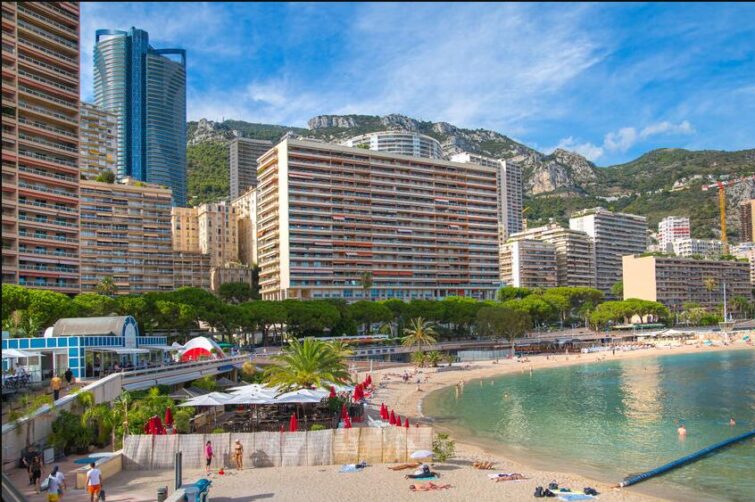 You can quickly feel like a dip in the Mediterranean when visiting Monaco. For that purpose, you have Larvotto Beach. The beach is about 400 meters long and is located along Avenue Princesse Grace. There are several restaurants on the beach, a children’s playground, and a beach volleyball court. There is also equipment rental for various water sports activities, such as kayaking and jet skiing. The beach is protected with nets that keep the jellyfish away. 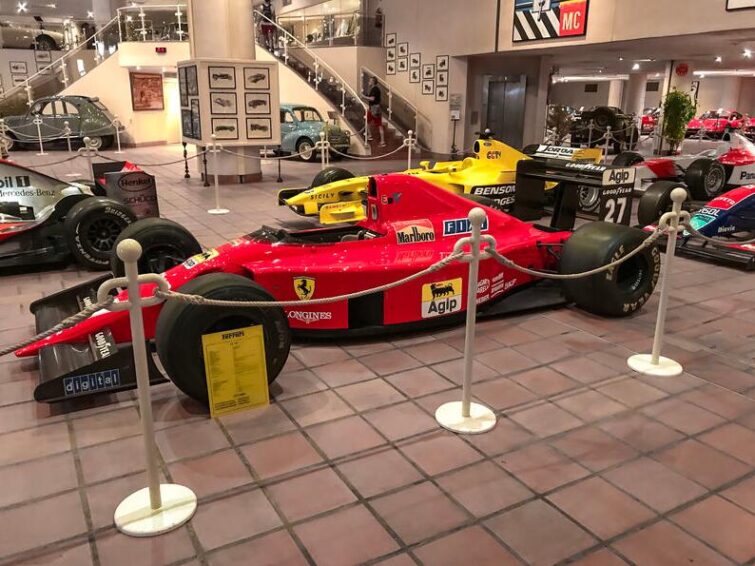 Monaco experienced an economic upswing with Prince Rainer III, the father of today’s prince Prince II. Rainer began collecting cars as government revenues increased. Eventually, the garage at the palace was filled with gorgeous donations, and new premises were needed. Terrasses de Fontvieille (Fontvieille is a district of Monaco) was chosen, and Rainer decided in 1993 to show the collection to curious and car-interested visitors. The museum counts over 100 cars, most of which are considered veterans of the most luxurious manufacturers. Occasionally there are sports cars and speed monsters of the type Lamborghini and Ferrari, as well as some veritable rockets used in Formula 1 races. 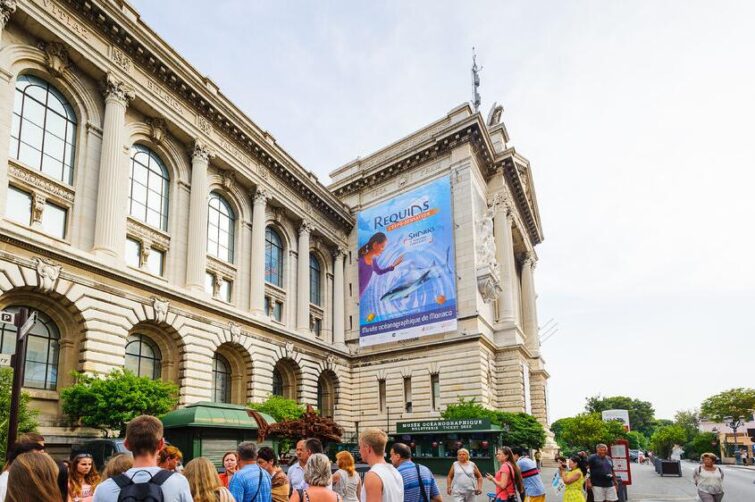 It took 11 years to construct the foundation that holds the Maritime Museum and Aquarium in Monaco upright, which is understandable when you look at the palace-like and beautiful building from the sea side. The construction period was admittedly over 100 years ago, but still. Inside the museum there are several exciting exhibitions, but what catches one most are probably the over 6000 species of sea creatures that can be seen in the over 100 different small pools, as well as 3 large aquariums. The biggest attraction is undoubtedly the aquarium with sharks. The aquarium is 6 meters deep and can be seen from 4 sides through 30 centimeter thick glass walls. Remember to make the trip to the top of the museum before leaving. There is a nice cafe with a playground for kids, and the museum’s new addition, the turtle island. The view is also amazing! 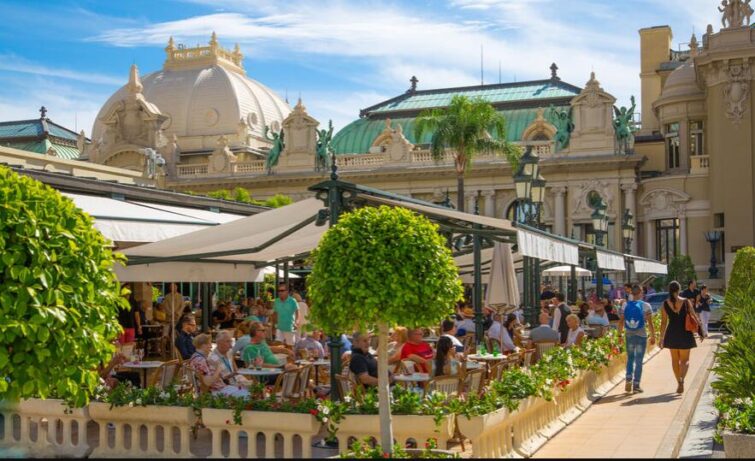 The terrace of the Café de Paris in Monaco is the place to see and be seen. Movie stars, nobles, crooks and pop musicians are common there. The building is beautiful and oozes class, which is also reflected in both the clientele and the price level. It is not at all certain that your visit will be pleasant, something the arrogant waiters often provide (that bit is different if you are called Rockefeller by last name), but it is still fun. Well, if not fun, then at least a good chance for a memorable experience. It will be extra memorable if you win at the café’s own casino, or one of the many one-armed bandits in the smoking section. If you came to Monaco in your own car, or rented along the way, forget about trying to park outside Café de Paris. There you wave away if the car brand is not Rolls Royce, Bentley, Lamborghini or something similar. 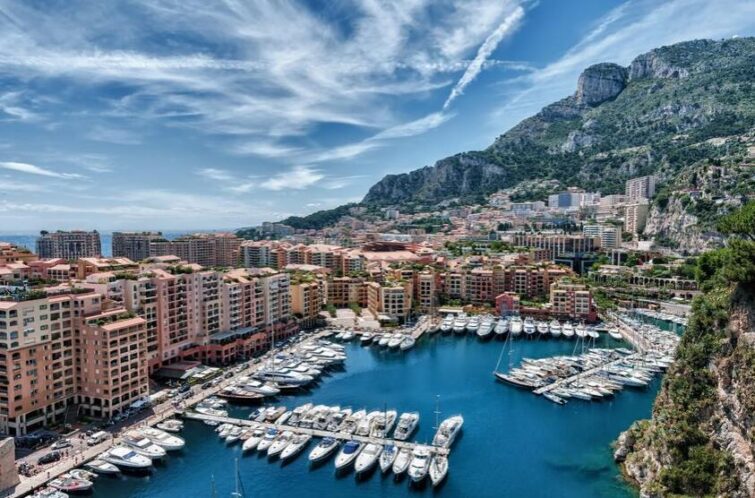 Take a walk along the Port de la Condamine, the harbor where all the luxury yachts are located. The harbor was built in 1926 and is protected by a jetty. Among the many impressive vessels is also the regent Prince Albert II. his own superyacht Yersin. An annual yacht exhibition, the Monaco Yacht Show, is also held here, a prestigious thing that makes the richest people in the world want to show off their toys. Along the harbor there are several nice cafes and restaurants, and you can book a boat trip out to sea from here. 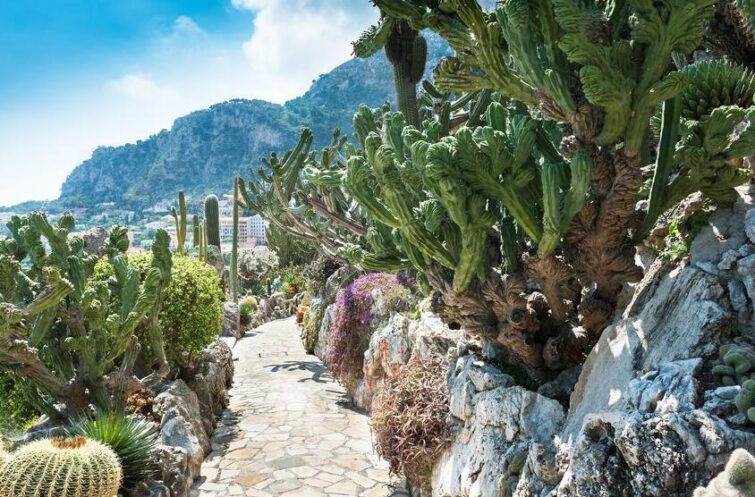 This botanical garden is perhaps the most beautiful of the many green spots you will find in Monaco. The plants listed here were transported from Mexico in the 1860s, and originally stood in the Jardin St. Martin, another of the gardens of the then regent, Prince Albert I. When the Jardin Exotique was laid out in 1912, it was discovered that there is a underground cave on the plot. It can be visited if you can walk the 300 steps. Remains of prehistoric people have been found in the cave, which indicates that it may have been used as a dwelling. You have to move up to the heights of Monaco to experience the Jardin Exotique, but it’s worth it, if nothing else for the stunning views. 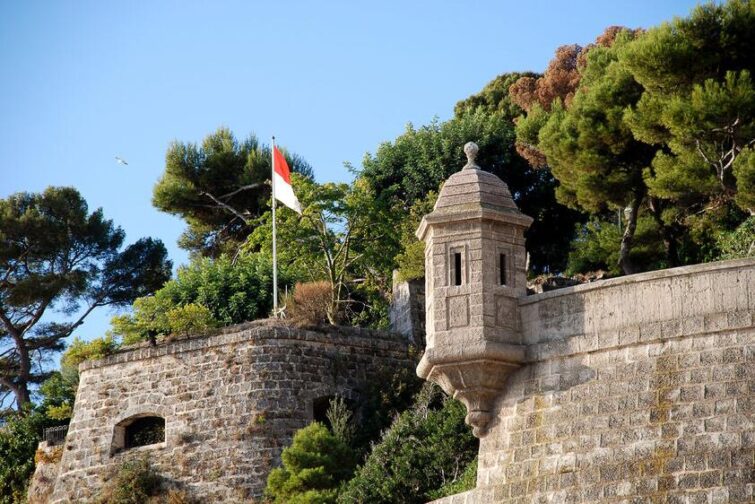 Fort Antoine was built in the 18th century and is not far from the Maritime Museum, at the tip of the headland that ends in Quai Rainer III. The same Rainer ensured that Fort Antoine was rebuilt in 1953, after being completely damaged during World War II. Rainer added some changes to the plans, and the fort went from being a defensive installation to becoming an outdoor amphitheater. Stop by and enjoy the sea view, or catch one of the performances.