Early painting in Lithuania shows Byzantine influence, which lasts until the 16th century. The earliest known murals (from about 1300) are found only in fragments in the crypt of Vilnius Cathedral. 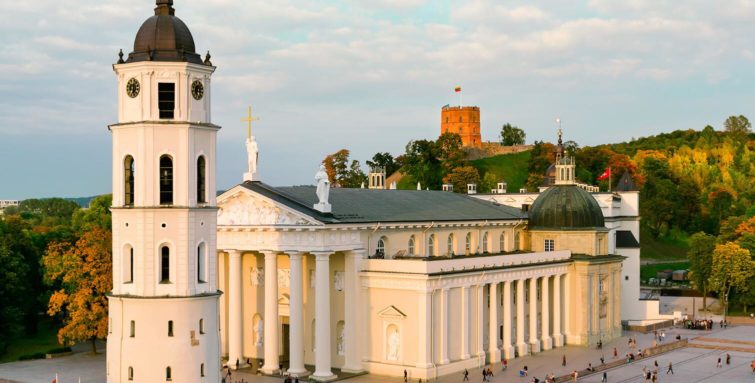 The Grand Duchy of Lithuania, which was in union with Poland between the 1400s and the 1700s, had close cultural links with Central Europe. A number of foreign craftsmen and painters worked on decorating church interiors. The art of portraiture was cultivated in the 17th century by local artists, and shows influence from both Byzantine style and Renaissance. Monumental frescoes and sculpture groups have been preserved in, among others, Pažaislis at Kaunas and at St. Peter and Paul Church in Vilnius; the latter has reliefs and over 2000 sculptures in pieces, made by Italian and Lithuanian craftsmen. From the 18th century there are church interiors included rococo decorations, sculptures and woodcuts, as well as murals with illusionist elements.

Painter Pranciskus Smuglevicius performed a number of paintings for the cathedral and the university’s auditorium in Vilnius. He also headed the Vilnius Art School, founded around 1800. Together with Jonas Rustemas, he taught a whole generation of artists; among others Walenty Wańkovicius and Kanutas Ruseckas. Art collections were established at the University of Vilnius.

After most of Lithuania was placed under Russia, works of art were brought out of the country, including Russia, or regularly destroyed. The Tsar closed the art school in Vilnius in 1832, and Lithuanian artists studied in St. Petersburg or at other foreign academies. History paintings were a popular genre in the 19th century, but after the uprising in 1863 all art related to Lithuanian history was confiscated and brought to Moscow; in the 1960s, some works were brought back to Lithuania.

The first Lithuanian art exhibition was held in Vilnius in 1907. Among the leading artists of the century were the sculptor Petras Rimša and the painter Mikalojus Konstantinas Čiurlionis. The latter united a symbolic, intuitive expression with impulses from Art Nouveau and Lithuanian folk art in their images. Artists returning from Western Europe brought with them post-impressionist impulses, while those who had lived in Russia showed influence from Russian realism.

After independence in 1918, the Lithuanian Artists’ Union reopened in Kaunas in 1920, when Vilnius was occupied by the Poles. The ARS art group (formed in 1932) built its program on popular art traditions. Another group devoted itself to social realism, which would later become dominant under Soviet rule.

Artistic freedom was restricted under Soviet rule, and many artists left the country. Lithuanian art in exile unfolded in different directions – from expressionism to pure abstraction. Several artists also received international attention, including the graphic artist Romas Viesulas (1918–1986), the painter Kęstutis Zapkus (born 1938) and the sculptor Antanas Brazdys (born 1939), all of whom worked in an abstract form of expression. Traditional techniques such as wood and stone sculpture, oil painting and woodcuts dominate Lithuanian art, which, despite external influences, has left a local mark throughout the post-war period.

In the 1960s and 1970s, a number of artists sought inspiration in the country’s own art traditions, including painter Augustinas Savickas (1919–2012) and Vincas Kisarauskas (1934–1988) and sculptors Teodoras Kazimieras Valaitis (1934–1974) and Vladas Vildžiunas (1932). -2013). From the 1980s, the art developed in several directions and works of art previously unknown to the population were exhibited. Only with the political liberation of the 1990s did it again become possible for Lithuanian art to have normal relations with Western contemporary art. 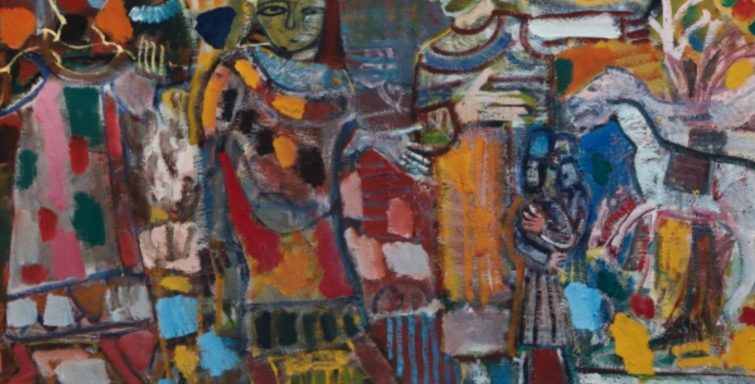