Malta is known for its remarkable megalithic stone temples. in Tarxien. They were erected between 3500 and 2500 BC and is among the oldest freestanding stone buildings known. Architecture followed its own development without demonstrable outside influence. The facade of the temples consists of large boulders weighing up to 19 tons. These enormous buildings are also depicted in stone and terracotta in relief decorations. 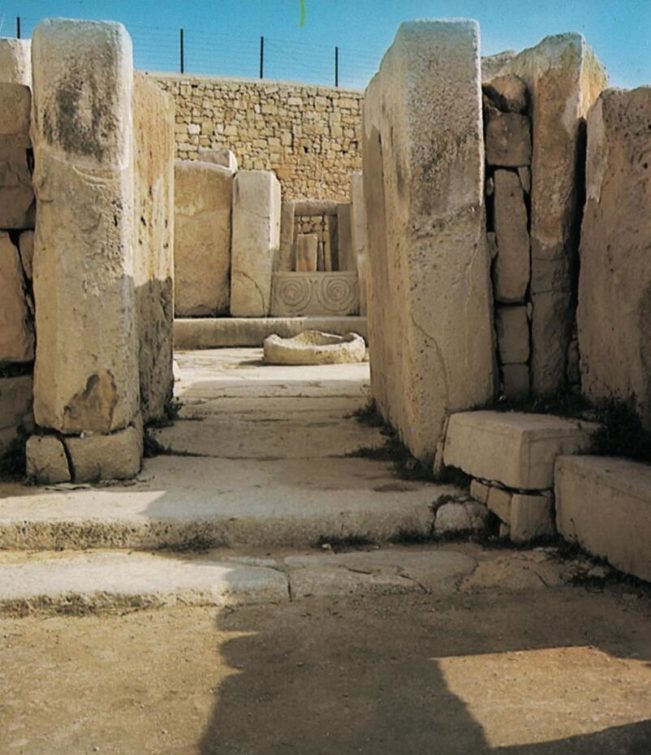 Malta is known for its remarkable megalithic stone temples. in Tarxien. They were erected between 3500 and 2500 BC and is among the oldest freestanding stone buildings known.

Another type of temple, e.g. Hal Saflieri in Pawla from about 3000 BC, differs from the other temples in that it is carved into the mountain; The deepest level is up to 10 m below ground level. There are many indications that these underground buildings are burial sites, when more than 6,000 people were found during the excavations in 1905–11. Another recently discovered underground burial chamber has been found in the Xaghra Circle, Gozo.

About 2500 BC there was an end to the construction of the megalithic temples. From Greek and Roman times Malta enters a period of decline that lasts for about a thousand years, until about 1530 when the Order of Johannite (Maltese Order) takes over the dominion of the island.

The Renaissance in architecture was introduced with the Order of Johannite in Malta in 1530. Italian engineers planned a renaissance city between the two most important ports on the island. The work was hampered by the Turkish victory in 1565, but the work was continued by Francesco Laparelli (1521-70) and his Maltese assistant Gerolamo Cesar (1520-86), who built the Grand Master’s Palace and St John’s Cathedral in a strict manneristic style, both in Valletta.

Lorenzo Gafa (1630-1710) rebuilt the Mdina Cathedral and a number of parish churches with powerful Roman Baroque domes. Soon, most cities had a large dome church, often with two west towers, and a number of Valletta palaces and churches were erected in Late Baroque style. The fortified hilltop of Mdina is preserved as a unified Baroque town, but is mainly rebuilt after an earthquake in 1693.

Towards the end of the 18th century a more classicist style was developed with the Customs House (G. Bonici) and the library (S. Ittar), both in Valletta. A number of impressive fortresses were erected in the 19th century. San Leonardo (1872) southeast of Grand Harbor and the fortresses of Bingemma, Mosta and Madliena (1878) near Mosta.

Since 1960, efforts have been made to create a modern Maltese architecture with national character. Richard England’s (b. 1937) buildings, i.a. the church in Manikata, shows connection to the island’s prehistoric megalithic architecture. 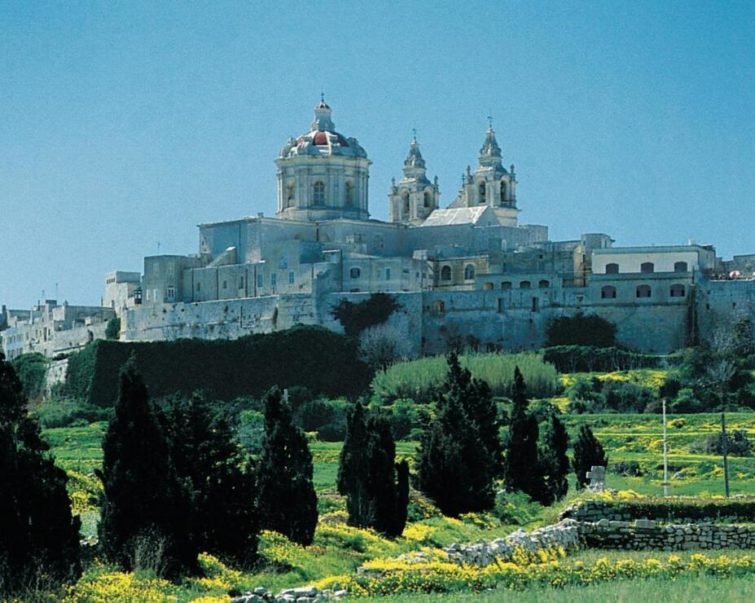 The fortified hilltop of Mdina is preserved as a unified Baroque town.