From the early Christian and Byzantine period, in Greece, a number of beautiful and richly decorated churches such as the St. Georg Roundabout in Thessaloniki with mosaics from the late 300s AD have been preserved. (the building itself is older), Hosios Lukas near Delphi and Nea Moni on the island of Chios from the 10th century and the churches in Dafni from approx. 1100.

Several places in Greece are examples of Venetian citizens and fortifications from the 13th to 16th centuries. in Acrocorinth, Pylos Návplio, Chania, Réthymno and Iraklio in Crete.

During the rule of the Turks (1453-1827), plazas, bridges, roads, military facilities, as well as mosques, baths and caravans were built. Some of the oldest and best preserved mosques can be found in Athens, Chania, Réthymno and Iraklio. The Danish brothers Christian and Theophilus Hansen designed the university, the National Library and the Academy of Sciences.

In the 1900s, the classical architectural tradition and modernism lived long side by side, without any pioneering innovations. But the modern buildings are now at the expense of the old, often classicist, architecture. But still churches are built in the traditional Byzantine style, with domes and a tower, although the building material is concrete. The biggest building project of the century was the new Acropolis Museum in Athens, advertised as an architectural competition, won in 1990 by Italians Manfredi Nicoletti and Lucio Passarelli. In 2001, the new main airport outside Athens opened, Eleutherios Venizelos airport, the execution here was by the German contracting company Hochtief. In connection with the 2004 Athens Olympics, a number of sports facilities were built as well as a new subway with modern stations opened. 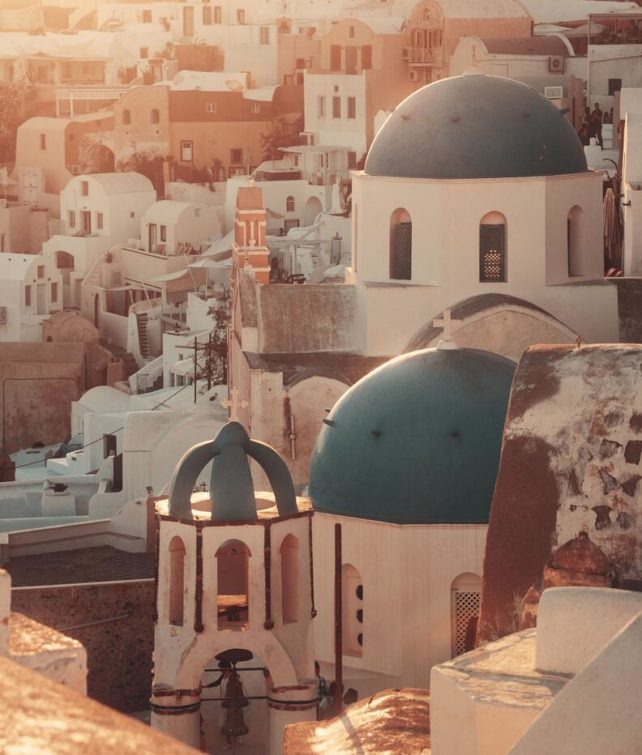 With the conquest of the Turks, the unity is broken in the Eastern Roman tradition, which still lived on in church decoration and above all in the icon painting. Important icons for the production of icons were found in Macedonia in the 1300-1500s and in Crete in the 1500-1700s, in addition to the monastery of Athos.

Influence from the East, including Islamic art, was evident during this period, but Italian influence is also noticeable from the 16th century onwards. Modern art is often a colorful variation of Byzantine tradition.

In the early 1800s, Greek artists were educated at the Munich Academy of Fine Arts, and Greek painting was inspired by neoclassicism and Western European romantic tradition. Athens received its own art college in 1837. Among the first artists to be educated here was Theodorus Vryzakis, who made paintings with motifs from the Greek War of Independence.

Around 1900, Byzantine traditions became evident, and national trends merged with a beginning of modernism. National trends based on classical and Byzantine art continued to play a central role in Greek art until the 1940s. Later, the art was further internationally oriented, several Greek artists, including Takis and Varden Chryssa, gained international attention. 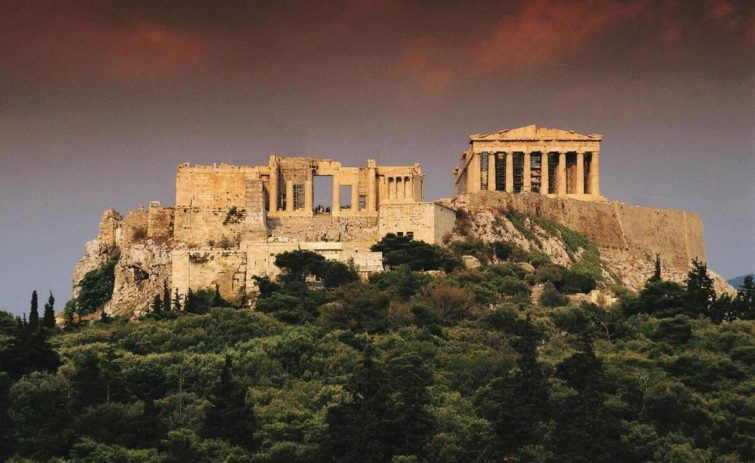 Athens Acropolis as seen from the west, with the Parthenon on the right, the small Nik Temple in the middle and the Propyleene on the left.