In 1991, the former People’s Republic of Albania changed its name to the Republic of Albania. The new republic is democratic and parliamentary and is based on the principle of power sharing. A new constitution was passed in a referendum in 1998 and came into force the same year. The legislative power resides with the People’s Assembly (Kuvendi Popullor), which has one chamber of 140 members (of which 40 are equalizing seats) and are elected for four years. The voting age is 18 years. At the 2005 election, 12 parties were represented in the general assembly. 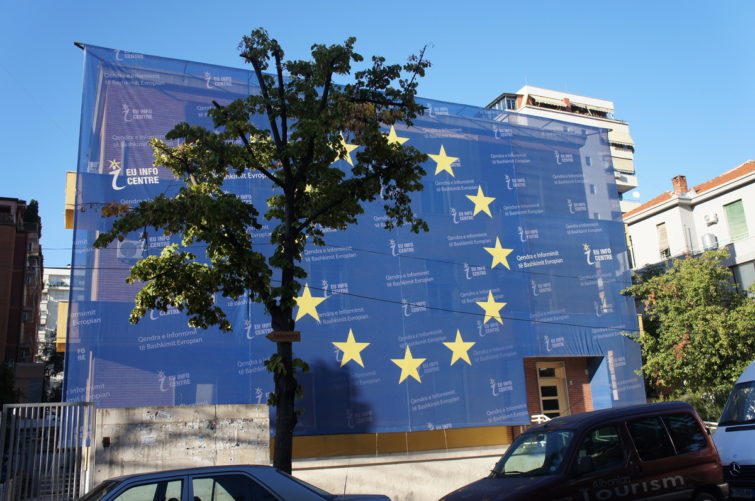 After communism, integration into Euro-Atlantic structures such as the EU and NATO has been an important goal for Albania.

Albania is a unitary state divided into 12 provinces, which in turn is divided into districts and municipalities. The representative bodies at the local level are elected directly for four years.

After the regime change, a new criminal law was passed in 1995. The death penalty for crimes in peacetime was abolished in 2000.

The judiciary consists of the Supreme Court, six ordinary appeals courts and 22 ordinary courts of first instance. Certain serious criminal cases are initially decided by the Serious Criminal Court, whose decisions may be appealed to the Appeal Court for Serious Criminal Cases. Further appeal from this Court is being considered by the Supreme Court. In 2012, six administrative courts were also established in the first instance and one appeals court for administrative cases, but these are not yet operational. There is also a Constitutional Court, which interprets the Constitution and assesses the law’s compatibility with the Constitution, as well as its own military courts.

The corruption and lack of independence in the judiciary has been a recurring theme.

The state is generally characterized by weak institutions and extensive corruption in the structures.

EU membership is a cross-political objective. In 2000, the EU defined Albania as a possible candidate. In 2003, negotiations began on an EU-Albania Association Agreement, which was signed in 2006. In 2009, Albania submitted a formal EU application. The following year, Albanian citizens were allowed to travel visa-free in Schengen. In June 2014, the country was granted candidate status. If Albania meets the requirements, negotiations for EU membership will begin in June 2019.

The European Commission considers Albania’s role in regional cooperation as active and its relationship with neighboring countries as well. At the same time, some unjustified asylum applications to the Schengen area still come from Albanian citizens.

Albania abolished general military duty in 2010. The country has been a member of NATO since 2009. The military, which since the beginning of the 2000s has been under restructuring with the help of the US and European countries, has limited capacity, and is dependent, among other things, on NATO for air defense. In April 2018, the European Commission concluded that Albania follows the EU’s line of foreign policy and security issues.

The total crew force For Albania’s armed forces is 8,000 active personnel (2018, IISS). In addition, about 500 semi-military forces are arriving.

The Coast Guard falls under the navy and has 22 patrol vessels.

Albania participated in NATO operations in 2018 including Afghanistan ( Operation Resolute Support ) with 136 personnel, in Serbia ( KFOR ) with 28 personnel, and had deployed 21 personnel in Latvia as part of NATO’s Enhanced Forward Presence program.

Albania’s heads of state include princes, kings and presidents from 1914 to the present. From 1946 to 1991, Albania was a people ‘s republic where the leader of the Communist Party was the country’s real leader. Since 1992, Albania has been a democratic republic.