Want to know the realms of Game of Thrones in Europe? So come with us and find out where are the shooting scenes of the most successful series of the moment!

GoT is not a series that enchants only by history. Kingdoms, dragons, and great armies mingle amidst a charming setting that makes anyone in love with the series dream of getting to know it.

But we bring you great news: the scenarios are real and can be visited by you! How about breaking the stage in the most epic battles between kingdoms? Prepare your jacket, brave the winter and break all the kingdoms of Game of Thrones within the continent of Europe, each with their official names! 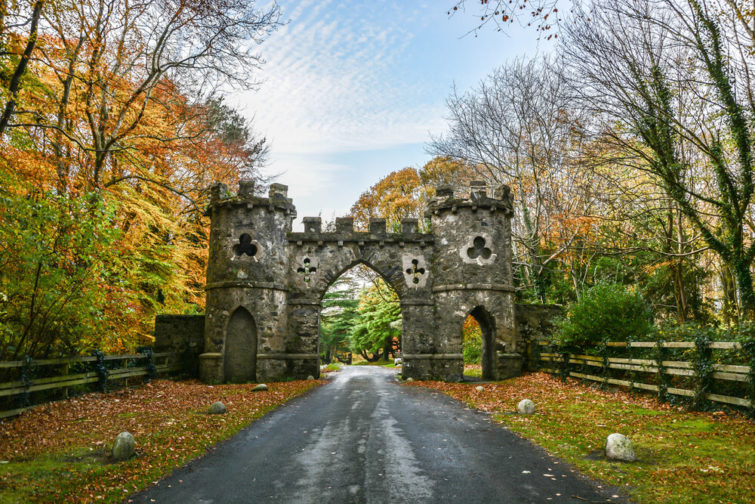 We can say that Northern Ireland is the most important scenario of Game Of Thrones. The great conflicts and scenarios of the series are concentrated in large numbers in the icy country. We will list these places for you!

This national park is a representation of the northern forests, home to the giant wolves and the Stark family. Do you know the family fortress? It is possible to visit it! Schedule to visit Ward Castle and enjoy the enchantment.

Belfast, capital of the country 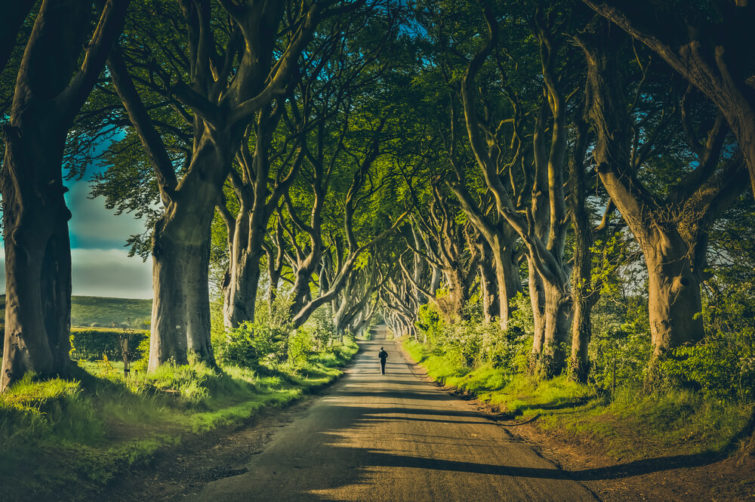 Belfast is used in various locations in the series. A good example is the town of Ballycastle, birthplace of Lord Varys. Be sure to take advantage of the region’s options, which include Dark Hedges – a path between old trees – and Downhill Strand beach.

Do you know the beach we mentioned earlier? With 11 kilometers of sand, is where are the ruins of Downhill Demesne and the Mussenden Temple. They are also destinations that appear in Game Of Thrones!

Melisandre’s birth is also set in one of Northern Ireland’s settings. Cushendun Caves are millions of years old and are also part of the Games Of Thrones scene. 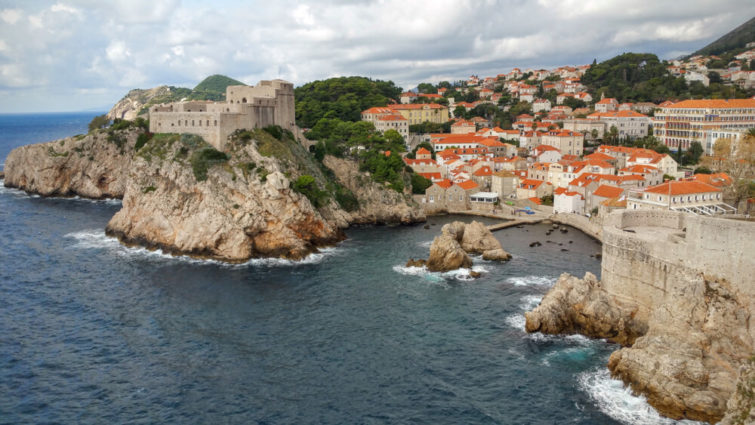 Among the various locations in the series, Croatia stands out for having outstanding points used for Game Of Thrones. On GoT, the country plays host to King’s Landing, capital of the Seven Kingdoms and one of the most important cities in history.

Lokrum Island, for example, is depicted in the series from the city of Qarth. But the biggest highlight is Dubrovnik. The city walls were the scene of the Battle of Blackwater and the Red Fortress, also known as Joffrey Castle, is filmed at the 11th-century Fort Lovrijenac.

Another point of Dubrovnik depicted in Game Of Thrones is the House of Immortals. If you want to find it, look for the Minceta tower. And, of course, stop by Split to see other scenes from the series, recorded at the Dioclesian Palace, Klis Fortress and the mill on the Zrnovnica River. 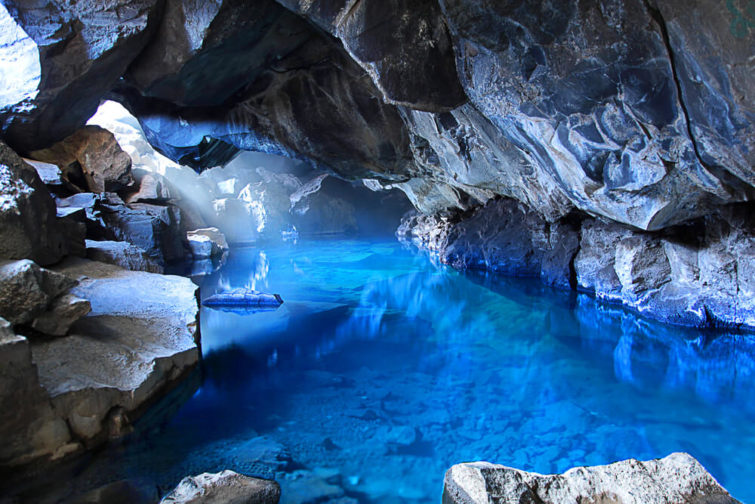 Iceland is already considered by many to be one of the coldest points on earth. Perfect place for winter to come, isn’t it? The Myrdalsjokull and Vatnajökull glaciers were the backdrop to the northern wall beyond Lake Myvatn.

Do you know that lake that Jon Snow and Ygritte got warmed up? You can do the same thanks to the warm waters of the Grjótagjá lava cave in Reykjahlíð. Temperatures can reach 45º C, but beware of thermal shock from the outside! Winter there has come a long time ago.

Still in Iceland, you can also go to the region beyond the Wall. In the town of Akureyri you will find Godafoss, or waterfall of the gods, and Lake Myvatn, which are surrounded by volcanic lava and sulfur-filled pools. 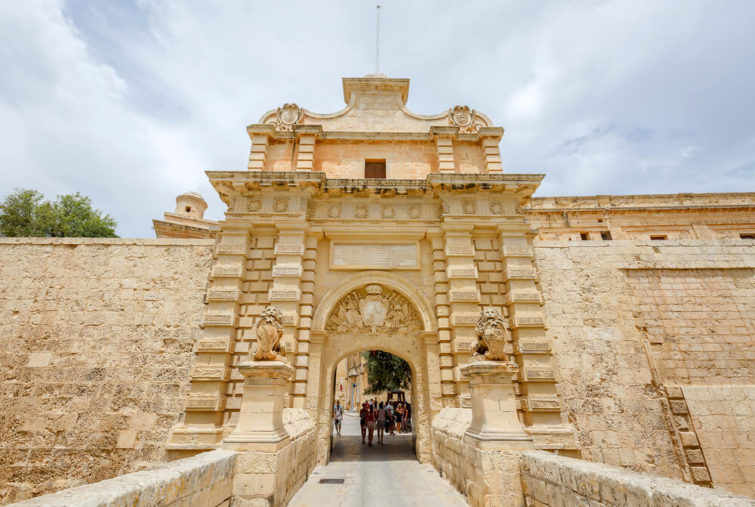 Malta’s small archipelago, located near Italy, is the central stage of the first seasons of GoT. Mdina, the former capital of the country, was used as a backdrop for the central city of Westeros. And it wasn’t just!

Malta’s Gozo Island was the setting for the Blue Window, also filmed in Game Of Thrones. At the site, the Dothraki camp was made during the preparation of Drogo’s wedding with Daenerys. Unfortunately, this attraction was a victim of intense storms that knocked the window down. 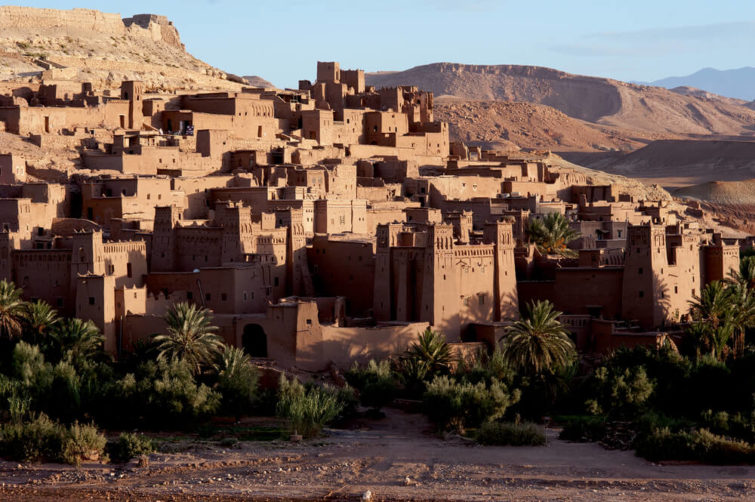 Prepare yourself because Daenerys and his army will be waiting for you in the city of Aït-Ben-Haddou, or Yunkai on GoT. In addition to being the scene of the series, the city is a UNESCO World Heritage Site and was part of the ancient caravan route between the Sahara and Marrakech.

Morocco is also a scenario with Essaouira, which represents Astapor. West of Aït-Ben-Haddou, the great city wall is the perfect photograph to give the true air of throne warfare.

Now just pack your bags and meet all the destinations of Game of Thrones! Prepare your dragon, or rather the plane, and open the recording locations of the series.